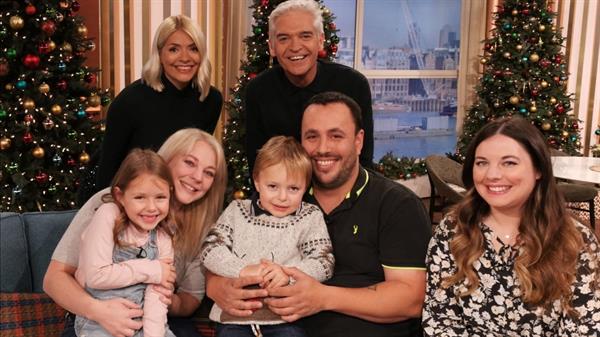 Six-year-old Lyra Cole is now in her second week at the top of the Amazon download chart with her cover of When a Child is Born.

The mini superstar, who was just five months old when she underwent surgery to remove a brain tumour, is holding her own against big name artists such as Tones & I, Bastille, Stormzy and even Maria Carey. And the bookies are backing Lyra too: incredibly, her debut track is being quoted by Skybet as joint second favourite with Tones & I to be number one in the UK Official Charts this Christmas!

Lyra’s story and her magical music video have captured the hearts of the nation and Sir Cliff Richard, who has also covered the track, has even sent a personal video message of congratulations. Along with her auntie Jessie Hawkes - who created the video - and her dad Dan, Lyra has been in demand by broadcasters and her story has been featured on programmes such as BBC Breakfast, Sky News, ITV News and This Morning with Phillip Schofield and Holly Willoughby.

After her first live performance in Somerset, Lyra garnered some heavyweight support when boxing legend Frank Bruno MBE and two-weight champion Joe Calzaghe threw their weight behind the campaign.

Proud dad Dan said: “We have been overwhelmed by the support for Lyra’s single. It’s exceeded all of our expectations and has just been incredible. Mostly importantly, we are raising much-needed funds for Brain Tumour Research and helping to raise awareness of this terrible disease.

“She’s proved that she is such a little superstar. We have had so many lovely comments from strangers and good wishes from people all over the world. I just hope we can keep going for a few days and make it to number one for Christmas. Wouldn’t that be great?”

Join in the conversation #GetLyraToNo1