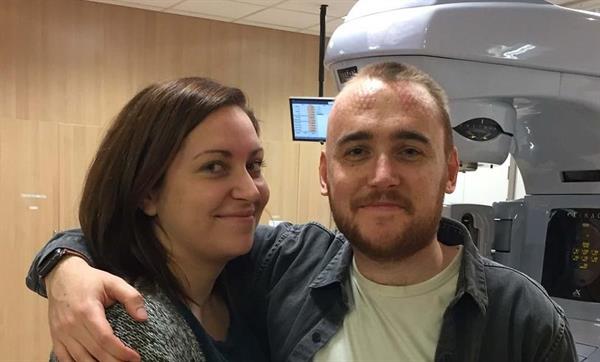 Sean Crossey was just 27 when he was diagnosed with a  glioblastoma multiforme (GBM) brain tumour in August 2016. He went through three brain surgeries and extensive treatment yet still remained positive throughout. In June 2018 he married Laura but passed away just three months later at the age of 29.

Sean had always been fit and healthy, he worked out at the gym, enjoyed a healthy vegetarian diet, went to gigs, kept in touch with friends and had a good work-life balance

Working as a senior software developer at Sky’s NowTV, Sean started experiencing vomiting, dizziness and crippling headaches. The symptoms, which also included tingling down one arm, came and went. Blood tests showed nothing unusual but he was later referred for an MRI scan and then came the bombshell news that he had a brain tumour.

Sean recovered well but the tumour returned, bringing with it further surgery and treatment.

Throughout it all Sean managed to remain positive and to keep going. He and Laura were married but while they were away on a mini-moon in Greece he became unwell. This time there was nothing to be done.