Weekly pick of Neuroscience news from around the world 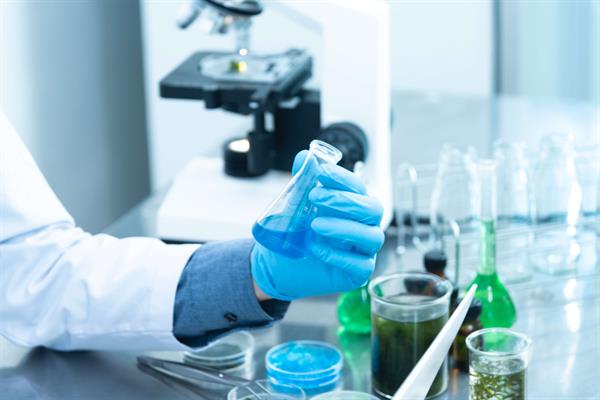 The big news story for the cancer community this week has been the setting up of a new transatlantic research alliance with the ambition to develop new strategies and technologies to detect cancer at its earliest stage.

Those involved in this initiative, including Cancer Research UK (CRUK) believe that “early detection is essential to help more people beat cancer – a patient’s chance of surviving their disease improves dramatically when cancer is found and treated earlier.”

Early diagnosis is, of course, a wish of the brain tumour community. All too often we hear of patients who have had to wait many months, with many visits to the GP before establishing the cause of their symptoms.  However, we must not forget that earlier diagnosis may bring relief but there remains a lack of treatments. There is still no cure for many brain tumour patients

In the Report of the Task and Finish Working Group on Brain Tumour Research released February 2018 this was summed up perfectly by brain tumour activist Peter Realf who said “While I endorse the need to improve earlier diagnosis, this alone without a cure will simply mean that patients face a longer walk to the grave.”

In Texas there is work on ‘in vitro’ blood brain barrier (BBB) models to equate their strengths and weaknesses. ‘In-vitro’ means ‘in the glass’ so these models are constructed with microorganisms, cells, or biological molecules outside their normal biological context e.g. in the petri dish or test tube. Work in this arena has previously been under taken at our University of Portsmouth centre. A combinatorial approach of ‘in vitro’ BBB models and in-vivo (‘within the living’) methods is thought to be key to the development of CNS therapeutics (medicines) with improved pharmacokinetic (the movement refers to the movement of drug into, though, and out of the body) properties and better BBB penetrability.

Most cancers kill because tumour cells spread, or metastasise, beyond the primary site, for example breast, to invade other organs, brain being one. Now, a University of Southern California (USC), study has found that  circulating tumour cells in the blood target a particular organ and this knowledge may enable the development of treatments to prevent the spread of these metastatic cancers.

Analysis of these cells identified regulator genes and proteins within the cells that apparently directed the cancer’s spread to the brain. The team were therefore able to predict that a patient’s breast cancer cells would eventually migrate to the brain.

Assistant professor of stem cell and regenerative medicine at the Keck School of Medicine at USC, Min Yu, also discovered that a protein on the surface of these brain-targeting tumour cells helps them to breech the blood brain barrier and lodge in brain tissue, while another protein inside the cells shield them from the brain’s immune response, enabling them to grow there.

“We can imagine someday using the information carried by circulating tumour cells to improve the detection, monitoring and treatment of the spreading cancers,” Yu said.

As we are all too aware, despite longstanding and earnest endeavours to develop new remedies, the prognosis of most glioblastoma patients undergoing chemotherapies and radiotherapies remains poor with a median survival period of approximately 15 months.

One of the reasons for this is the lack of methods to eradicate its cancer stem cells, or glioblastoma-initiating cells (GICs), that demonstrate tumourigenicity (ability to form tumours) and resistance to chemotherapies and radiotherapies.

Then a high-throughput drug screening was conducted to identify a compound that could specifically kill or inflict damage to GICs, but not normal cells such as neural stem cells and astrocytes.

"Compound 10580 is a promising candidate for developing drugs against glioblastoma and other recurring cancers“ said Toru Kondo of Hokkaido University's Institute for Genetic Medicine who led the study.

What is also interesting here is the collaborative nature of the study group with Hokkaido University, working alongside FUJIFILM Corporation and the National Institute of Advanced Industrial Science and Technology (AIST).