Immunotherapy helps GBM patients whose tumours had grown back 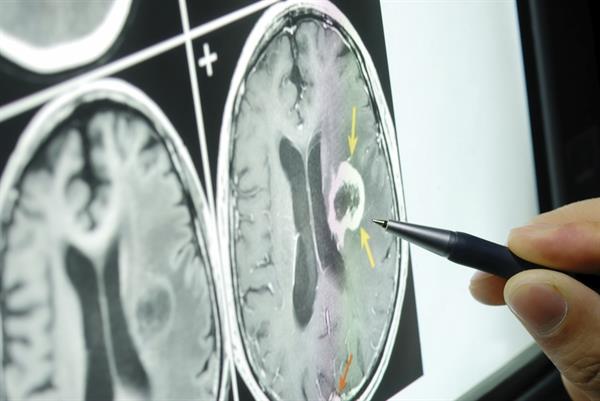 Patients whose glioblastoma multiforme (GBM) brain tumour grows back after treatment with surgery, radiotherapy and chemotherapy currently face a challenging future, with average survival from this point being 6 to 9 months. However, patients taking part in a clinical trial that delivered a checkpoint inhibitor drug called pembrolizumab (trade name Keytrude) before their second surgery defied this prognosis and survived almost twice as long as expected.

Although this still isn’t the miracle cure that everyone is striving for, it is tremendously encouraging and important lessons have been learned from this research, that has been led by scientists at UCLA Jonsson Comprehensive Cancer Center. They discovered that if pembrolizumab is given to patients after their second surgery, it has no effect on survival; survival was only improved if it was given before their second surgery. They believe this is because T cells within the tumour need to be present, rather than removed by surgery, in order for the drug to be effective.

This demonstrates the importance of testing potential treatments for brain tumours in more than one scenario, because checkpoint inhibitors utilised at other stages of treatment have previously seemed to be ineffective.

The team are now building on these results by combining prembrolizumab with cancer vaccines and other checkpoint inhibitors. For a tumour that contains so many different types of cell, this multi-faceted approach to a cure definitely makes sense.