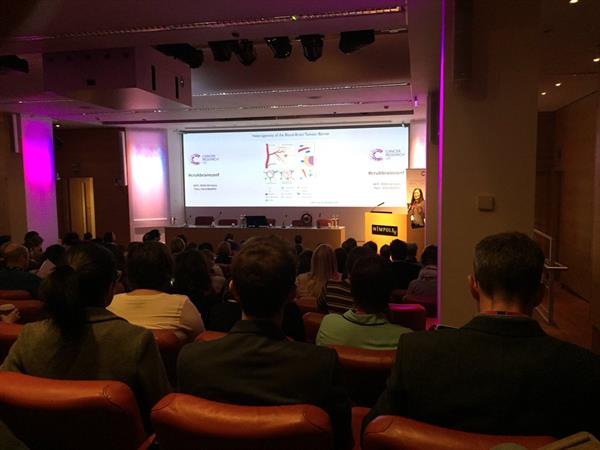 There have been two significant brain tumour events in London this week.

CRUK brought the international research community together as they held their first UK Brain Tumour Conference from 1st – 3rd May and this was followed on 4th May by The Children's Brain Tumour Drug Delivery Consortium’s workshop on the challenge of drug delivery for children with brain tumours.

We are hugely encouraged by these events – so much progress has been made since Brain Tumour Research was launched in 2009, with the aim of establishing Centres of Excellence in brain tumour research and increasing the national investment.

When CRUK decided to make brain tumour research a strategic priority a few years ago we were delighted. This week they announced a funding commitment of £18 million over the next five years. That's £3.6 million a year towards our goal of £30 - £35 million a year national investment, in line with other cancers such as breast cancer and leukaemia.

Both events have demonstrated the huge amount of activity that is now going on in the brain tumour research arena, which is really exciting. Our position remains that basic scientific research must remain patient-centric. Our loyal supporter Penny Church shared the story of her son, Finlay, and his journey with a brain tumour. Finlay passed away in November 2015 when he was just 11 years old. Her speech moved everyone in the room with researchers stating that she reminded them of why they are doing what they do and it made them want to redouble their efforts.

Attending such events as these, we marvel at the complexity and sophistication of the research already underway, and we continue to search for the potential impact of this research on the patient. Science should not be for science sake; it must be translational and bring us closer to a cure.