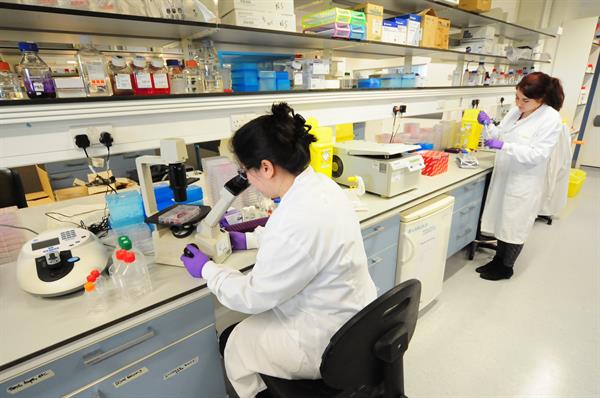 New data from an early Phase I clinical trial led by the University of Minnesota Medical School Department of Neurosurgery reported that more than a quarter of patients with recurrent high-grade glioma who took part in the study were alive more than three years after treatment.

The two-step clinical trial treated 56 patients. First, patients were injected with Toca 511, which is a replicating virus that only infects actively dividing tumour cells. Once inside the cancer cell, the virus gives rise to the production of an enzyme, cytosine deaminase (CD). As the virus began to replicate and spread to other cancer cells, it programmed them to make additional CD. Next, patients received a pill, Toca FC, which is a compound which has no inherent clinical activity. However, the cells which contain CD converted Toca FC into the anticancer drug 5-fluorouracil, which then killed the cells. In addition to destroying the cancer cells, 5-fluorouracil killed other cells which normally block the immune response cells, thus boosting the patient's immune system to recognize and attack the cancer cells. Therefore the drug has a double effect.

Dr Chen, one of the leading researchers on the trial explains: "The treatment we tested in this trial delivers local chemotherapy specifically to the brain tumour. Toca 511 and Toca FC work together to turn the brain tumour into a factory that produces an anticancer drug while also activating the immune system through a combination of mechanisms, which together work to attack the cancer."

New types of therapy using new technologies are being developed which may be promising for the treatment of brain tumours. These include those which work to activate a patient’s immune system and boost it to fight the cancer off. We have already written about these treatments such as CAR T cells. Our Director of Research, Dr Kieran Breen, who is a member of the European Medicines Agency Committee for Advanced Therapies, notes that “this is a very exciting area for the development of new treatments of conditions such as brain tumours for which few effective medicines are currently available. Brain Tumour Research is following this area very closely and will keep people updated on updates in this exciting field”.