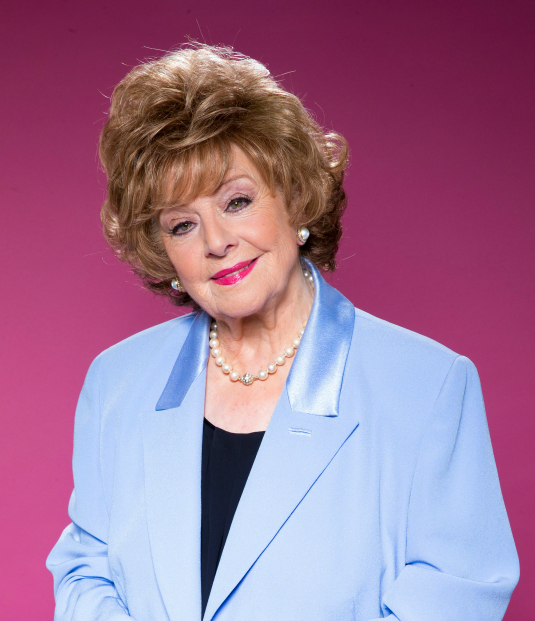 Rita, played for over 50 years by Barbara Knox, 84, was rushed to hospital in the previous episode. Following tests, doctors then broke the news that Rita’s MRI scan showed a single lesion in the frontal section of her brain.

Brain Tumour Research has been consulting on the storyline since the spring. Consultant clinical oncologist, Dr Matt Williams, from our Centre of Excellence at Imperial College Healthcare NHS Trust, has been working closely with producers to ensure that Rita’s experience is as accurate as possible.

Corrie matriarch, Barbara Knox, said: “When our producer Kate Oates talked to me about the brain tumour storyline for Rita, I was truly honoured to be tasked with taking on such an important story. I was immediately determined to ensure that we got every aspect of the portrayal of such a devastating illness correct. The work the team did with Brain Tumour Research has been invaluable. As an actress playing the role I am mindful that there are people going through this in real life and it is vital that we do their stories justice.”

To find out more