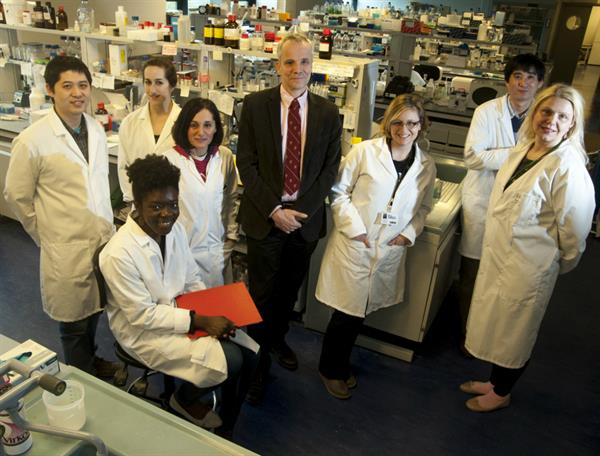 New research, published in the journal Oncogene, could offer hope to the thousands of, mainly young, people affected by the hereditary condition Neurofibromatosis 2 (NF2). This condition is characterised by the development of multiple tumours of the nervous system such as schwannomas, meningiomas and ependymomas.

Scientists from our Centre of Excellence at Plymouth university have revealed the role of a particular protein and already identified a range of existing drugs which could manage this protein overproduction and are used currently for other conditions. By repurposing existing drugs, an effective therapy could be made available to NF2 patients relatively quickly.

Our Director of Research, Dr Kieran Breen, said: “Identifying a range of existing drugs which could be repurposed is an exciting approach by which we can speed up the progress of scientific discovery from the lab to the clinic, without compromising safety. Brain tumours kill more children and adults under the age of 40 than any other cancer, but lack of research funding over decades has meant that current treatments lag well behind those of leukaemia and many other cancers. We are having to play catch up to improve outcomes for patients and this study will bring us closer to identifying new and effective therapies".