Less than 20% of those diagnosed with a brain tumour survive beyond five years compared with an average of 50% across all cancers.

The national investment for research into brain tumours needs to increase to £35 million a year by 2025.

With our manifesto, we are calling on the Government to work with Brain Tumour Research and its partner organisations to help find a cure for brain tumours.

For progress to occur in medical research, researchers must be motivated by the prospect of continuous research funding, leadership opportunities and ground-breaking scientific advances.

Successful research and innovation must be underpinned by solid, robust infrastructure and a united approach – both in terms of people and systems.

More investment into research is urgently needed to innovate new treatments faster, fast-track drug repurposing, and increase the numbers of and the participation in new clinical trials. 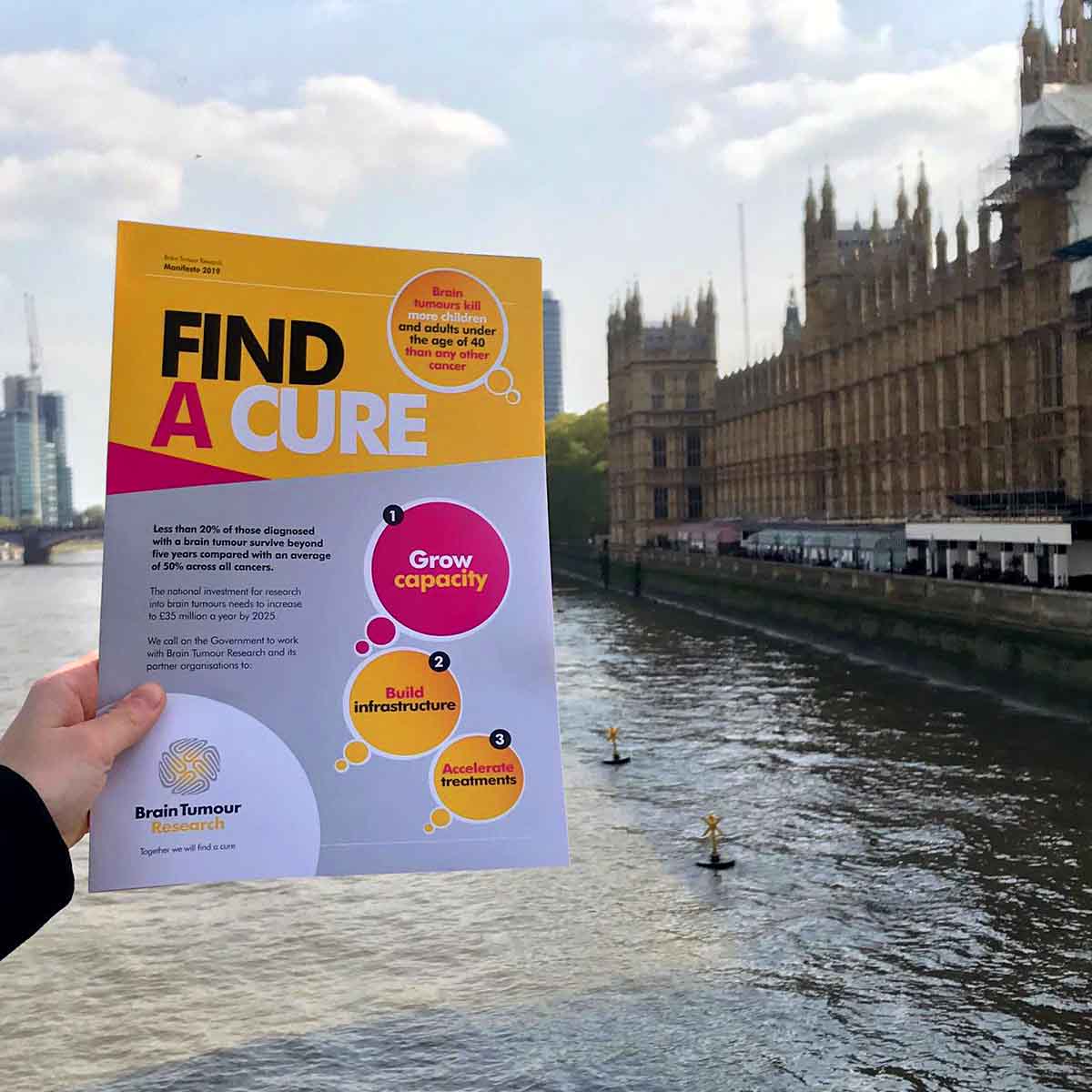 How did we get here?

In 2015, we started what would become a hugely successful campaign in support of an e-petition, launched by the Realf family, calling for the Government to fund more research into brain tumours.

Our campaigning had a dynamic domino effect: over 120,000 signatures were collected on the petition, the Petitions Committee launched an Inquiry and published a landmark report, a Westminster Hall debate followed where all attendees were in agreement that more needed to be done.

This in turn led to the establishment of a dedicated Task and Finish Working Group on Brain Tumour Research, run by Department of Health and Social Care, within which we continued to exert our key influence.

After a pivotal year of discussion, analysis and strategic development, in May 2018, the Government and Cancer Research UK together pledged a £65 million investment into quality research into brain tumours over the next five years.

The tragic death of Baroness Tessa Jowell from a brain tumour in May 2018, following a standing ovation in the House of Lords in January for her speech on the devastating disease, also proved to be a catalyst for change, and with the establishment of the Tessa Jowell Brain Cancer Mission, there is an even greater call now to invest in both increased research and greater support for those affected by brain tumours.

This is all moving in the right direction but there is still so much more to be done. Progress has been made and it is now time for the Government, larger cancer charities, and the brain tumour community to work together to Find A Cure and give hope to the tens of thousands of people diagnosed and living with a brain tumour in the UK.