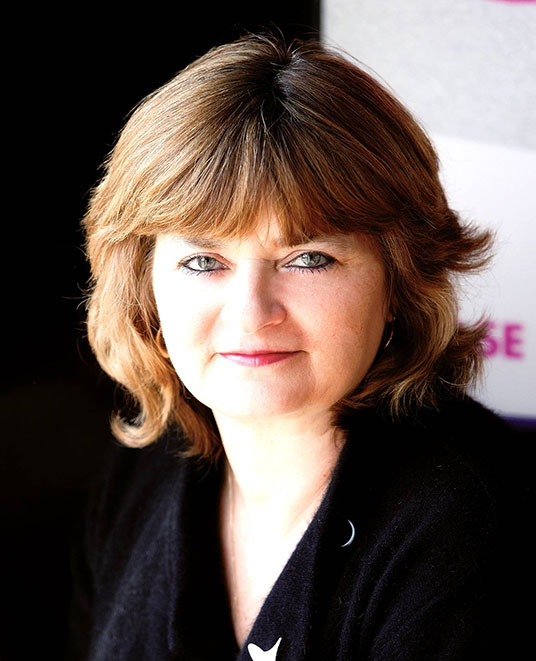 Chief Executive A fellow of the Chartered Institute of Management Accountants, Sue Farrington Smith headed up the finance functions of blue-chip companies, before moving into marketing to head up business development at Safeway and then running her own marketing agency.

Driven by the loss of her niece, Alison Phelan, to a brain stem glioma (DIPG) just before her eighth birthday, Sue co-founded the charity “Ali’s Dream” after being shocked to discover the lack of awareness and chronic under-funding of research into brain tumours. Sue led the coming together of multiple charities in 2009 to launch Brain Tumour Research, facilitated by fellow member The Diana Ford Trust, with a vision to find a cure for brain tumours.

Sue was awarded an MBE in the 2016 New Year’s Honours for services to brain tumour research and awareness-raising.

She has been campaigning to raise awareness and funds since 2001, providing the secretariat to the brain tumour All Party Parliamentary Group and initiating, with fellow charities, National Brain Tumour Awareness Month. Since leading Brain Tumour Research, Sue has co-authored three reports into funding, produced the Invest In a Cure manifesto and launched the charity’s annual Wear A Hat Day fundraising event.

Brain Tumour Research has rapidly matured into a multi-million-pound organisation under Sue’s leadership, supporting four Research Centres of Excellence in the UK. She continues to succeed in establishing a formidable network of supporters and expert clinicians all working towards a common goal: to find a cure for brain tumours. 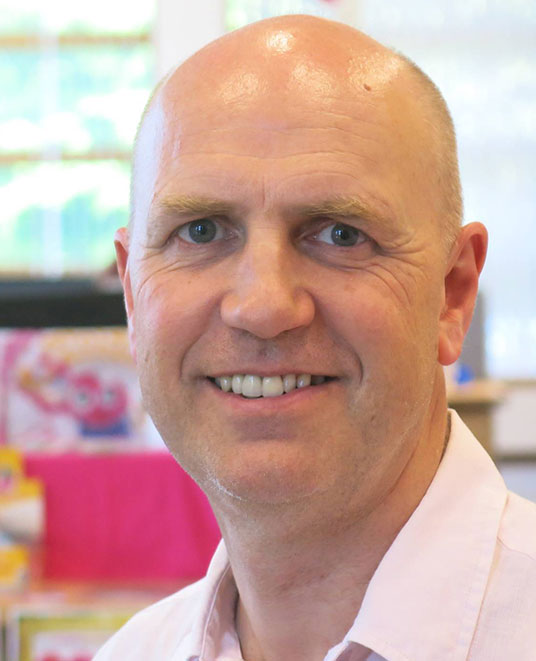 Director of Finance and Operations A highly competent and experienced senior executive, with a career spanning 25 years in the corporate sector, including posts as Managing Director and Country President at Loomis and CFO for DHL Freight in the UK and Ireland. Ashley Bailey is a qualified accountant (Associate of the Chartered Institute of Management Accountants) and has also run his own business consultancy advising clients on how to optimise their financial and operational performance.

Ashley has been Director of Finance and Operations at Brain Tumour Research since early 2015. Working closely with the Chief Executive, he has a broad remit to monitor the charity’s strategic plan and ensure ambitious growth targets are met.

Ashley leads a team responsible for financial management and systems, in addition to accounts and forecasts. He acts as a driving force for continued development and and also steers business and support operations, including the key area of supporter care. 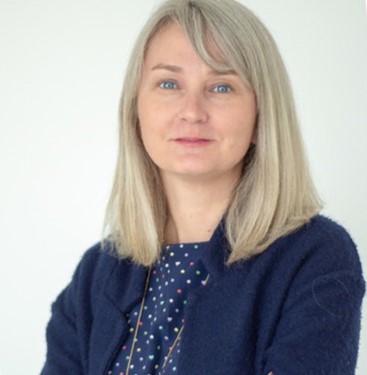 Karen has 20 years of grants and research management experience, combined with an impressive track record of delivery, gained from her time working in the life sciences sector. She has held senior management roles at the Wellcome Trust, with the NHS Cancer Programme and at Cancer Research UK.

She has delivered strategic and policy reviews and led the design, development and implementation of new grant schemes and initiatives. Whilst at Cancer Research UK, in her role as Head of Cancers of Unmet Need, she transformed the support for brain cancers, increasing the research spend two- to three-fold in three years.

Karen joined Brain Tumour Research in February 2022 as Director of Research, Policy and Innovation, and oversees the development and implementation of our research and policy strategies.

Karen lost her sister-in-law to glioblastoma in 2011.

Director of Marketing and Communications

Prior to joining the charity sector, Andrea had extensive experience in the retail sector, holding senior commercial and marketing roles at Debenhams, Sainsbury’s and Argos.

Andrea joined Brain Tumour Research in August 2021 and oversees our Marketing, Digital Marketing, and PR and Communications teams, working to increase the profile and reach of the charity, increase awareness, maximise engagement and inspire supporters.

Andrea has a very personal reason to join the fight to find a cure for brain tumours as this cause is very close to her heart. Her niece Leanne was diagnosed with an acoustic neuroma tumour at the age of 23. Leanne is now 33 and doing well, but it has been a difficult time for her and she still lives with the impacts. Having seen what she has been through, Andrea has joined the team so that she can play her part in helping to raise the awareness of this terrible disease so that the right level of support is invested and a cure can be found.

Director of Income Generation and Development

With extensive experience in fundraising, Russell has worked in the charity sector for more than 30 years. He has raised more than £750m to date for organisations including The Royal Institution of Engineering and Technology, the Old Vic Theatre and BEN, the automotive industry charity.

Russell joined Brain Tumour Research in June 2022 and will oversee the charity’s development and income generation as it works to increase the national investment in brain tumour research to £35 million a year.

Russell has a very personal reason to join the fight to find a cure for brain tumours having lost a relative to the disease. 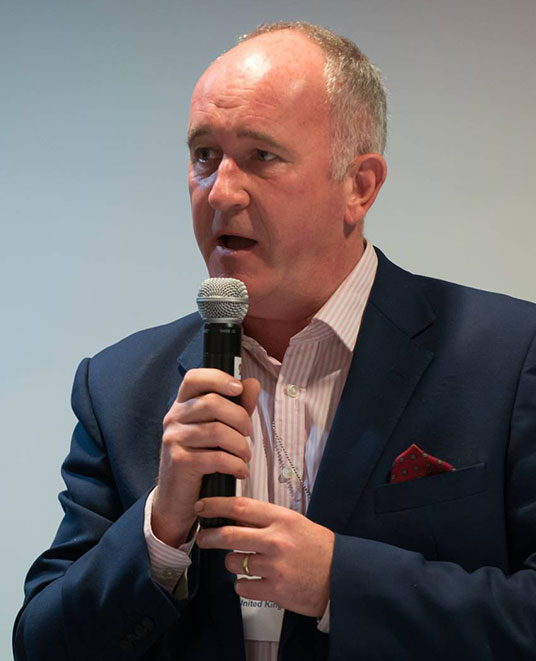 Head of Stakeholder Relations With a strong background in national broadcast media, including 12 years at the BBC and freelancing for Channel 4 News amongst others, Hugh Adams has a well-established network of contacts. His communications degree and expertise in digital technology creativity and pace to the charity’s rapid development.

Having joined Brain Tumour Research at the start of its second year, Hugh was brought in to head up the charity’s core fundraising campaigns and to raise the profile of the charity. Promoted to Head of External Affairs in 2015, Hugh is an experienced commentator regularly representing the charity on national and regional broadcast media, online and in print. He leads the PR strategy, both nationally and regionally, while also driving Brain Tumour Research’s highly successful social media communications.

Hugh has been instrumental in growing the charity and is now a key voice of the brain tumour community, working with dedicated celebrity supporters such as Gillian Anderson, Sarah Beeny and Philip Treacy OBE. 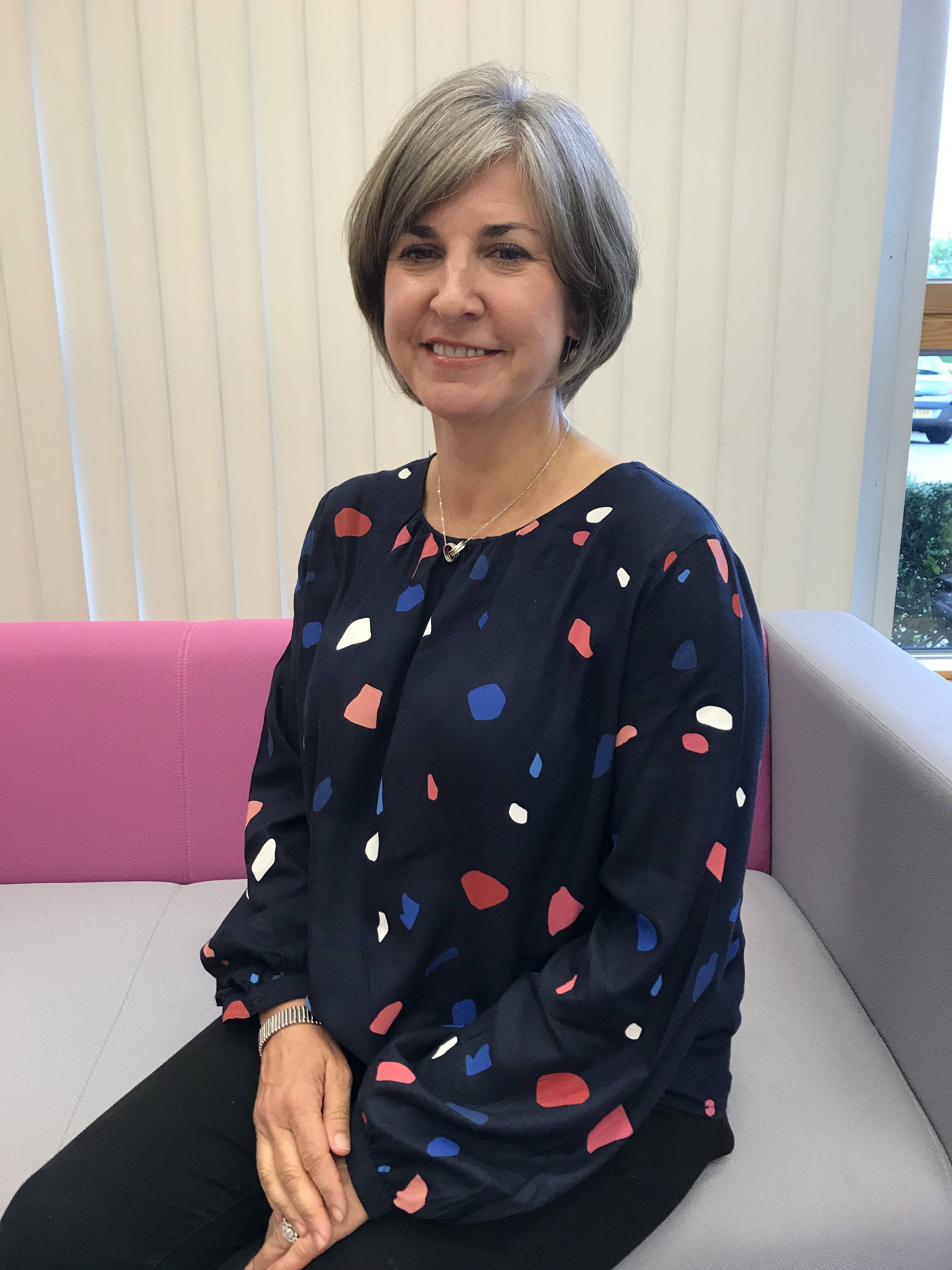 Susan has experience in national and regional PR, corporate communications, external and internal communications, journalism and marketing. With more than two decades’ experience as a newspaper journalist, she has held senior roles including assistant editor and news editor on regional daily newspapers.

Susan joined the charity in 2014 and oversees our PR team, working with patients, families and fundraisers to share their stories in the media. The team is responsible for the moving and inspirational case studies which are used in national and regional media and which support Brain Tumour Research’s key fundraising campaigns. These stories are also fed into influential Government reports including the 2018 Inquiry report of the All-Party Parliamentary Group on Brain Tumours.

The work of Susan’s PR team is seen by millions of people each month in print, online, and in regional TV and radio broadcasts.

Simon joined the team in August 2022 to lead the development and implementation of a digital strategy which will enable Brain Tumour Research to deliver ambitious growth targets and increase the profile of its brand. He leads the continued development of our website and digital channels in order to support our overall growth ambitions. Simon is also developing our digital roadmap and executing the digital strategy by working across the organisation to maximise engagement and take-up of digital tools and services to drive growth and operating efficiencies.

He has a strong background in digital marketing having worked with a broad range of brands and also run his own digital agency.