16,000 people diagnosed with a brain tumour every year

Our amazing family of Fundraising Groups

Championing the fight against brain tumours and raising thousands for our cause, helping us build network of experts in sustainable research at dedicated Centres of Excellence and supporting us as we influence the Government and larger cancer charities to invest more nationally.

The Song for Sue Foundation

The Song for Sue Foundation was set up by the family of Sue Thomas after she died aged 57 in December 2015. She was diagnosed with a low-grade brain tumour in July 2013. A year later it was found that the tumour had upgraded to a grade 4 glioblastoma multiforme and despite chemotherapy and radiotherapy treatment, nothing could save Sue.

Her husband, David, and their three grown-up children are convinced that there is a cure out there and that one day it will be found, although sadly it is already too late for Sue. They hope that through raising funds for vital research, The Song for Sue Foundation can play a part in finding this cure as a wonderful legacy to Sue who was such an inspirational wife, mother and grandmother, as well as an amazing career woman and committed Christian, and who served God, her family and her friends until her dying day. 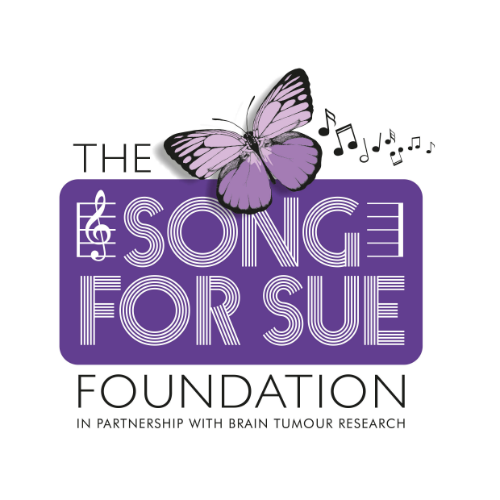