We are grateful to Tricia and her daughter Clare, who worked with us in April 2020 to share her story here. Sadly, Tricia passed away in June 2020. We remember Tricia as we continue our work to raise awareness of this devastating disease and to fund research to help find a cure. She will be forever in our hearts.

Sixty-year-old Tricia Scoullar, a seamstress from Merseyside, is the beating heart of her family; adoring mum to Clare and Paul, loving nan to Harry, Michael and Isabelle and devoted wife to Michael. She is known for her kindness and generosity, always going out of her way to help others and to provide a listening ear when it is needed. But now, as Tricia fights an aggressive, incurable brain tumour, it is the turn of her friends and family to rally round to show their support and help Tricia in her time of need.

Here is Tricia’s story, as told by her daughter, Clare…

Our journey began one Saturday evening in September 2018 when, out of nowhere, my mum had a seizure. She was 59 when it happened. She was at home, while she was busy making tea for my uncle and aunty, who were visiting. She remembers walking from the kitchen to the living room and was suddenly unable to get her words out. She then fell to the floor, causing herself to bleed, so we took her to the Royal Hospital in Liverpool, thinking she may have had a stroke.

“After many tests and a scan, a 1cm lesion was discovered in the left frontal lobe of her brain.”

A week later she was referred to The Walton, a dedicated neuroscience centre, where we met her surgeon, Mr Brodbelt, who said he could operate the next day. Without thinking, we said ‘yes’ straight away. It all happened so quickly. We just wanted whatever it was in her brain to be gone. The love between my mum and dad is like no other I have ever seen. With my dad by her side, Mum had her surgery and they were able to remove 90% of the tumour. 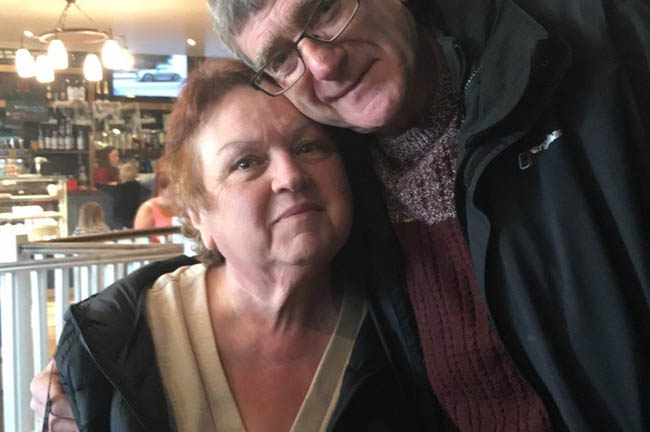 The surgeon explained that she may have some speech issues after surgery because of the tumour’s location in her left frontal lobe but we were determined she would overcome them.

“After the operation she did struggle to talk; sentences were jumbled and even though she knew what she wanted to say, the words just wouldn’t come out. It was heart-breaking to watch the frustration on her face.”

She was back home within two days. We live on the same road as my mum and dad, just a few doors down. I tried to prepare my son Harry, who is eight, that his nan wouldn’t be quite the same as she was before and that her speech would soon strange. But nothing could really prepare him. As soon as she tried to talk, he broke down. He said he just wanted his nan back. My mum practically raised Harry. She has always been there for him and they are the best of friends. It has been hard for him to come to terms with it and I knew exactly how he felt – I wanted my mum back too. I’m lucky that my boyfriend, Mark, has been amazing throughout everything, supporting us all. 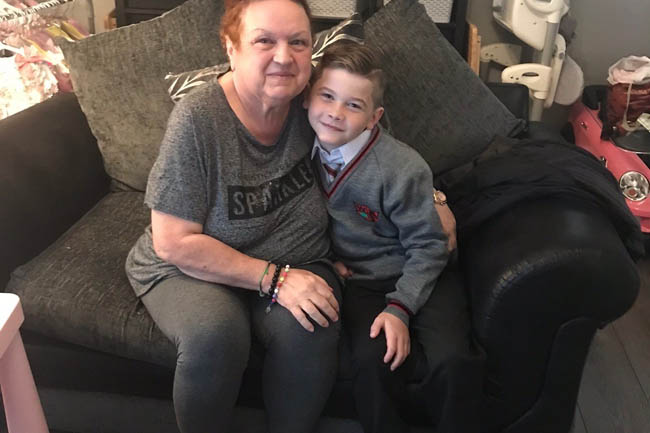 A few days after the craniotomy we learnt that Mum’s tumour was a multifocal, grade 4 glioblastoma multiforme (GBM) – a very aggressive form of brain cancer. The news shook us to the core. We felt like our whole world had fallen apart.

“Our strong, independent, loving, amazing mum was facing the battle of a lifetime. Together, we knew that we were going to get through this as a family and that was all that mattered.”

Mum’s surgery was followed by six weeks of intense treatment. Five days a week we went to the Clatterbridge Cancer Centre for radiotherapy. Alongside that she took the chemotherapy drug Temozolomide (TMZ). Thankfully, she reacted well to the treatment, finishing the day before Christmas Eve. So, we got to enjoy a lovely family Christmas together before her next cycle began.

Her first post-treatment MRI scan was at the end of January 2019 and the results looked really good. The cavity where the tumour had been removed had shrunk. It was the best news possible and we were made up. Alongside the conventional treatment, Mum had been having daily supplements and experimenting with alternative therapies. She went on a mostly organic, dairy-free diet and cut down on red meat and sugar.

“Then, in April, her scan showed a mixed response to the treatment and a small shadow at the back of her brain. At this point they were unsure whether it was disease progression and advised us to ‘watch and wait’ and to continue with the third cycle of chemo.”

The next scan, which was in August, confirmed our worst fears that the ‘shadow’ was, in fact, a new tumour. The original tumour was growing back too. The news was devastating, especially as operating was not an option this time, due to the location of the new growth. Instead, she was prescribed a different type of chemo; this time, Lomustine. 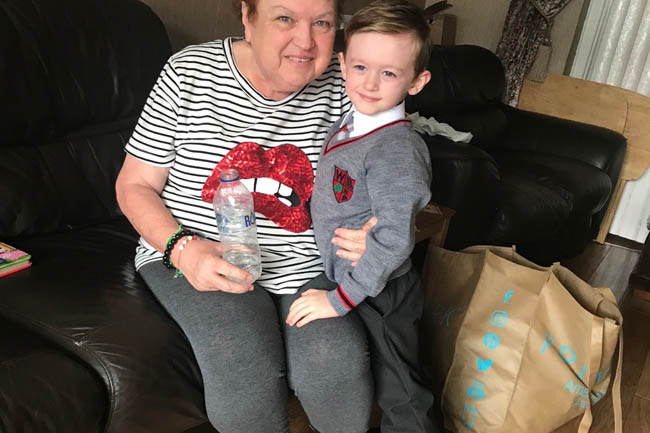 “After two cycles of Lomustine, I noticed a change in her personality. She was forgetting things a lot and so I requested another scan. When results day after that scan came around, I remember thinking, ‘be brave, Clare, don’t cry in front of your mum”

I willed it to be good news, knowing deep down that it probably wouldn’t be. My mum didn’t want to see the results, she never does, so she gave me her permission to get them on her behalf. As soon as I saw the scan images, I just broke down. Her tumour at the back had nearly tripled in size and the original front one was growing back with a vengeance. I couldn’t understand how this could be happening. We were throwing everything at it but the cancer just wasn’t responding. After I calmed down the oncologist explained that they would change her chemo again, this time to Procarbazine, a type of drug which has a lot of dietary restrictions associated with it. We didn’t mind; we just wanted it to work.

The day after she finished her final cycle of Procarbazine, Mum suffered three seizures within an hour. She has since been prescribed another anti-seizure medication and had her steroids upped as well. Having overcome her initial speech problems, she is now struggling to talk again and displays other symptoms which are akin to dementia. Mum was a dress size 24 when she was first diagnosed but has slimmed down to a size 14. To look at her, you would never know she was battling such a serious illness. We held a charity night recently; I did her eyelashes and her Shellac nails and lots of people commented on her weight loss and how well she is looking. She doesn’t appear sick at all.

“I am trying my very best to stay positive for the future but, believe me, it’s hard and anyone who has ever been affected by this devastating cancer will know exactly what I mean.”

We have run out of treatment options on the NHS, so I have been researching different clinics all over the world. I have found one in Mexico, which claims to offer an average five year plus survival rate of 55–65%, which is amazing. If you google ‘glioblastoma’, you are in for a horrible shock. The average survival time is devastatingly short – just 12-18 months. I have stopped researching prognoses; it does you no good to let that even enter your mindset. We are now focussed on crowdfunding, to raise the money to get Mum to Mexico as soon as possible, as time isn’t on our side. 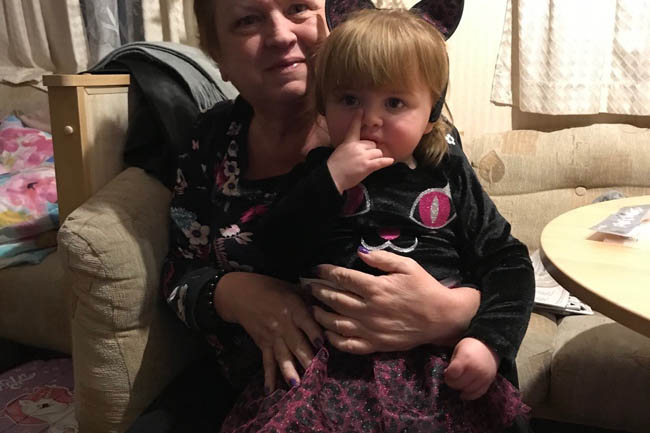 We know she can’t be cured because there is no cure for brain cancer but we are hoping we can prolong her life. The Mexico clinic is just one option. We are willing to travel anywhere in the world, to keep her alive as long as possible. We are a long way from giving up hope and remain strong and positive as we fight this beast together.

If you have been inspired by Tricia’s story and would like to know more about our lobbying, research updates and fundraising opportunities, please sign up to our weekly e-news. 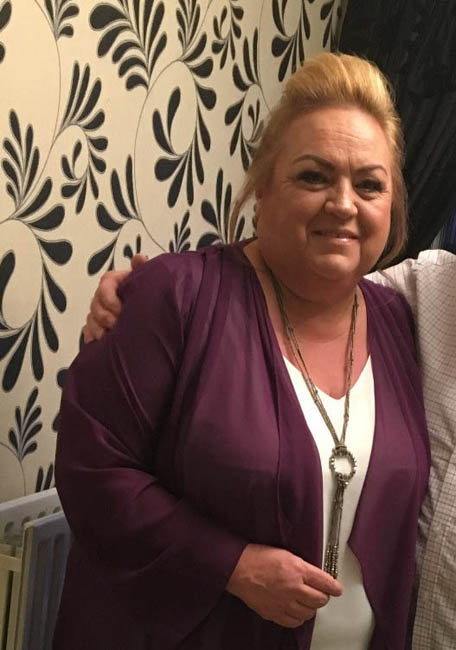