Popular engineer Tony Brassington, who lived in Lower Tean, Staffordshire, died just 10 months after his diagnosis with a glioblastoma multiforme (GBM), aged 65. A doting grandad, he left his wife Wendy, their five children and seven grandchildren. Desperate to raise awareness of the disease, his family are organising a fundraising walk in his memory.

Here is Tony’s story, as told by his daughter, Leanne…

It’s two months since we lost Dad and the bad days are outweighing the good days. I’m desperately hoping things get better with time. It’s been especially tough for Dad’s grandchildren, aged between six months and 20 years, as he was the head-honcho of the family and doted on them. Throughout Dad’s illness, I was very honest to my daughter Evangeline, 12, as I wanted to prepare her as best I could.

Dad was a loving and fun character, and family meant everything to him. He was a prankster and lit up the room with his wonderful personality. He had worked as an engineer at Klarius Products Ltd, an emissions component manufacturing company in Cheadle, for more than 42 years and was held in high regard by his colleagues.

“Dad joked about the size of our family and how he was pleased he was surrounded by so many girls, though he adored his son Jacob too. He was so caring and would do anything for us.” 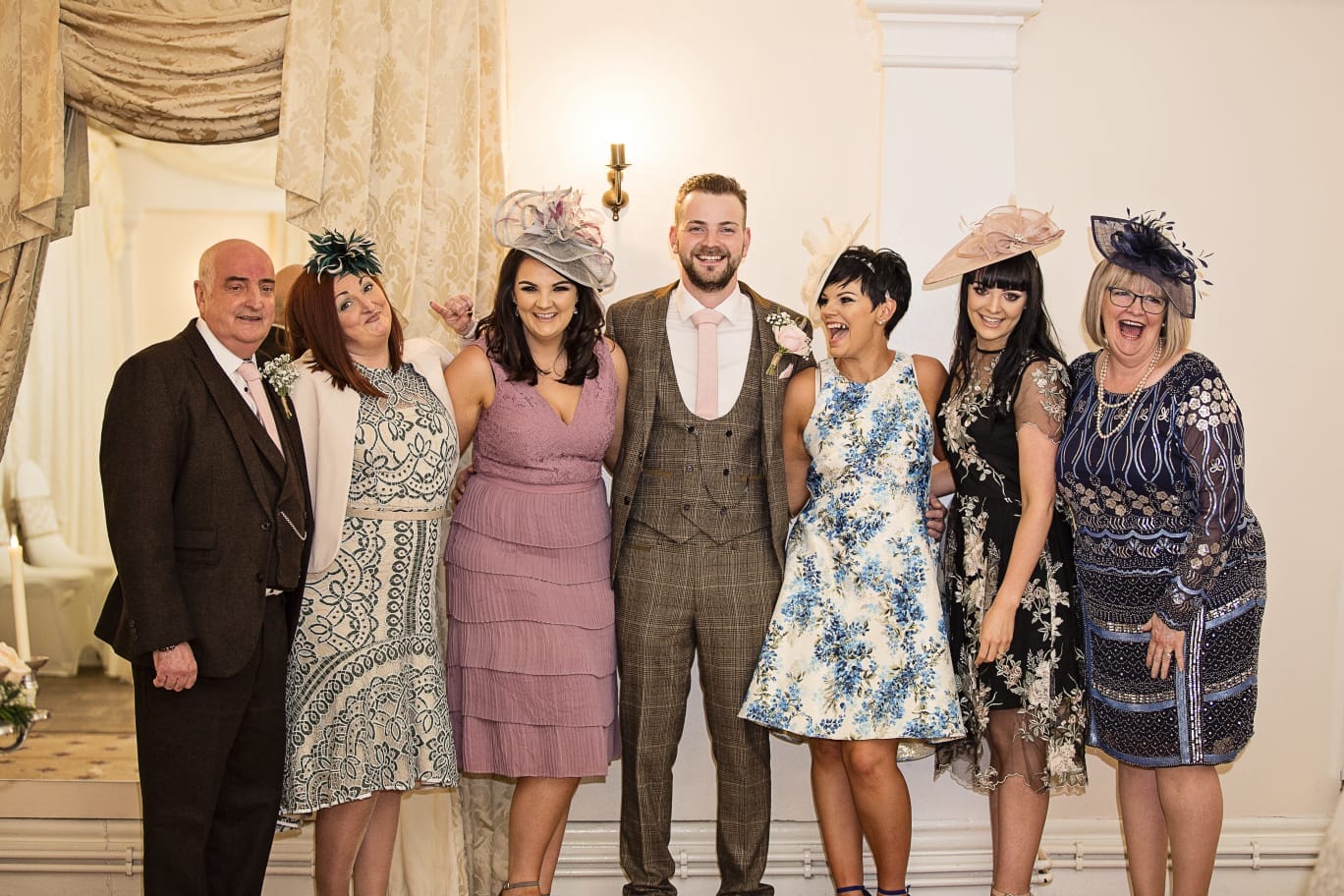 Dad’s symptoms began in October 2018, when he was signed-off from work because of debilitating headaches. We didn’t think too much of it, as his boss was off at the same time with similar symptoms. However, when Dad’s personality started to change, we realised things might be a bit more serious than we anticipated.

“He was acting strangely and not like Dad at all, saying inappropriate things and putting things in the wrong places. It was really odd and we knew he needed to see a doctor.”

Dad was taken by ambulance to the Royal Stoke University Hospital, where he had an MRI scan. Five hours later, Mum phoned to break the news that the scan had revealed a huge tumour, which occupied a quarter of Dad’s skull. Dad had no memory of the previous two weeks and was put on steroids to reduce the pressure in his head.

Three weeks later, Dad faced gruelling surgery to remove as much of the tumour, which was classified as a glioblastoma multiforme (GBM), as possible. The operation lasted hours and when I saw him in recovery, I was relieved that he seemed like his normal self and was drinking a cup of tea. We had been warned that the operation could affect Dad’s personality or leave him with permanent damage to his speech. I was so grateful that he suffered no drastic side-effects and I took a picture of him in his hospital bed. 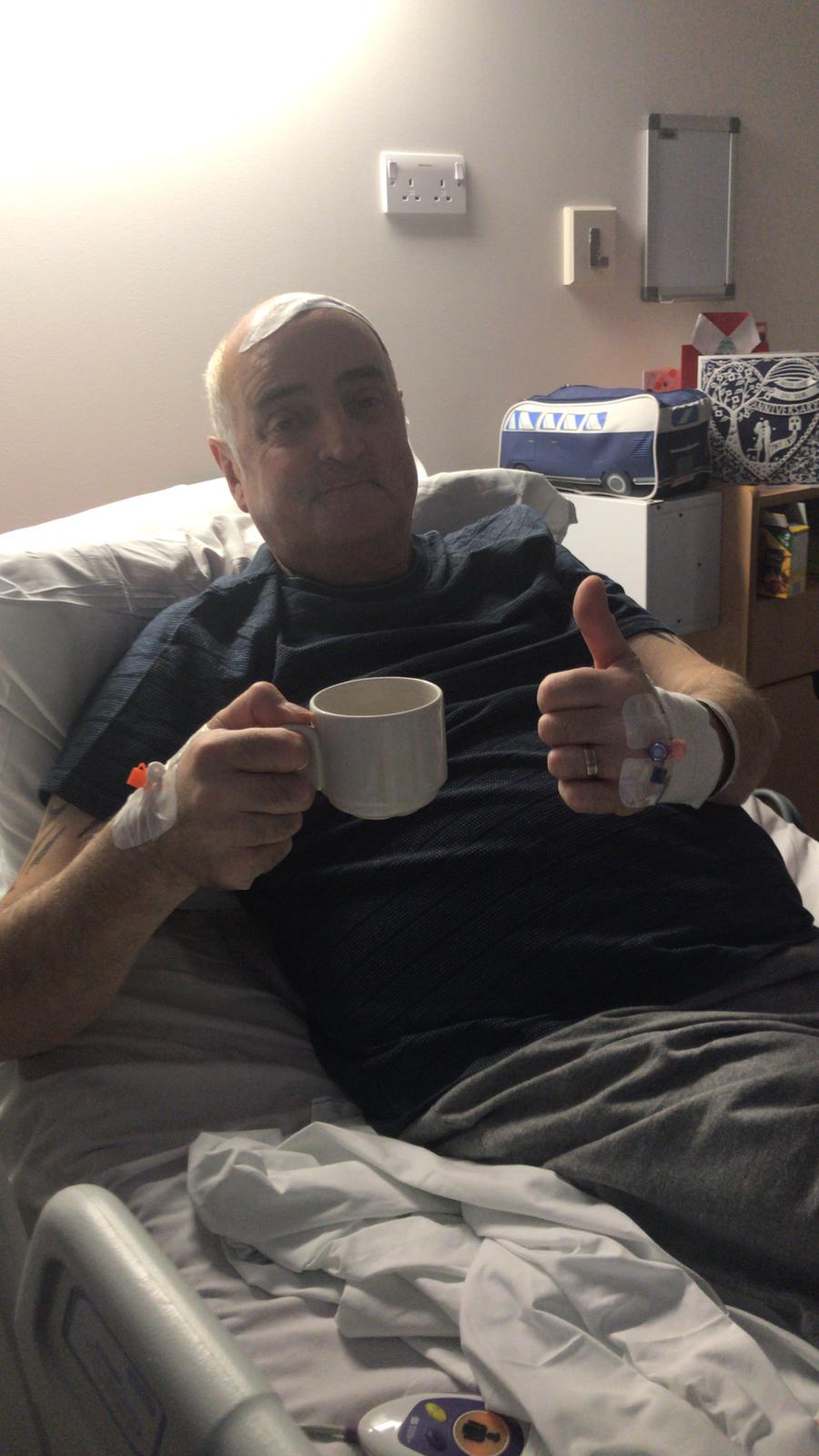 Just two days after surgery, Dad was back at home and his usual self. He suffered from headaches but otherwise seemed okay. Sadly, the position of his tumour meant that parts of it were inoperable; removing more could have left Dad blind or unable to communicate. The doctors said it was aggressive and growing very quickly and warned us that Dad might only have a few months to live.

Dad started a fifteen-day intensive course of radiotherapy, which finished just before Christmas. Apart from feeling tired, the treatment didn’t have any physical effect on him. However, mentally, he found being in the waiting room before his appointments very tough; the sick patients were a visible reminder that he was living with such a serious illness.

Dad rallied through chemotherapy in the New Year but by May, he was deteriorating fast.  He slept a lot and could hardly walk.

One thing I will always be grateful for is Dad lived to see my sister Danica’s wedding in June. He managed to walk Danica down the aisle with a walking stick and, though he was dreadfully poorly, you could see how important that moment was to him.

“When we showed Dad pictures and videos from the wedding, he couldn’t remember some moments, but we were thankful he was able to be there.” 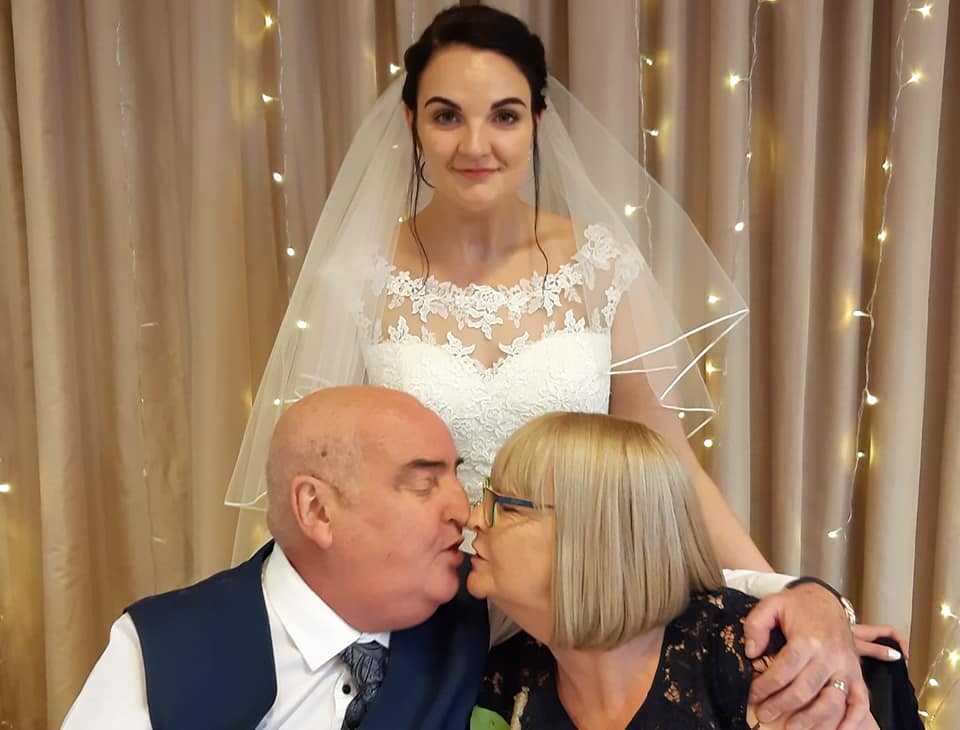 There are no words to describe how painful it was to attend Dad’s funeral in the same church where my sister got married just eight weeks before.

Dad was at home for his final days, as he had wished to be. It was an exhausting time and there were several moments where we thought he was slipping away. He passed away on 30 July, just 10 months after his diagnosis, aged 65.

It makes me sad to think of the happy memories Dad will miss out on, especially seeing his grandchildren grow up. He was looking forward to a happy retirement with my mum and had bought and renovated a campervan to go travelling around the UK. Sadly, these plans will never happen and we had to sell the campervan when Dad surrendered his driving licence.

“Mum and Dad were really close and were rarely apart. It’s been really tough for Mum and she’s struggling to adjust to life without her soulmate by her side.” 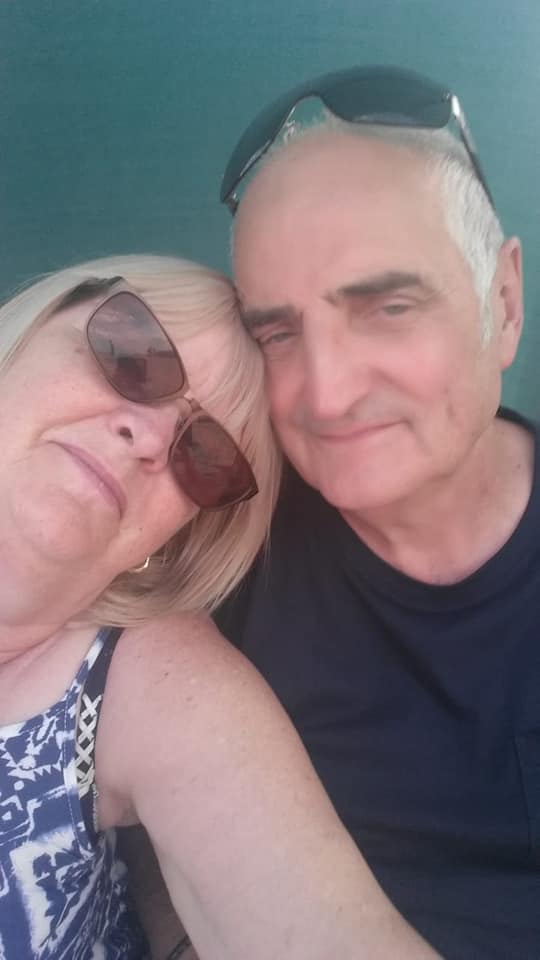 Fundraising has been a good focus for our family and on 26 October, we have organised a sponsored walk in aid of the charity Brain Tumour Research. It will be a poignant date, both what should have been my parents’ 45th wedding anniversary and also a year since Dad’s operation. We have more than 40 of Dad’s friends, family members and colleagues already signed up to the 5k walk, taking place around the Peak District’s scenic Manifold Valley.

It was heart-breaking to lose Dad so quickly to this horrendous disease and I couldn’t believe there was nothing to be done to save him. I hope that by sharing his story I raise awareness of brain tumours, to try and prevent others facing the same heartbreak as me and my family.