Tony Barrow made a lasting impact on so many people and his loved ones will always remember him for his happy, larger-than-life personality and infectious energy. Tony loved life and the inspirational dad-of-two wasn’t going to let anything, not even a glioblastoma multiforme, get in his way. From his diagnosis in May 2015, Tony made sure he created precious memories with his family which would last long after his death in March 2017.

Here is Tony’s story, as told by his wife Ann-Marie…

I’d like to think serendipity brought Tony and me together. We became friends in 2012 when I went along to one of his bootcamp training sessions but it was odd that our paths hadn’t crossed before as we had mutual friends and used to go to the same places around St Helens. There was an 11-year age gap between us but we were on the same wavelength and started dating 18 months later. We knew almost immediately that we had something special.

Tony was a big personality and people just loved to be around him. He had an infectious energy that lit up any room and it was his positivity that got us through the toughest times.

"His mantra had always been ‘You’re not here for a long time, you’re here for a good time’, which turned out to be so very apt.”

He absolutely loved his friends and family and was the best dad to 18-year-old Megan and 15-year-old Lucy. Even before his diagnosis, he wanted to spend as much time as possible with his loved ones. 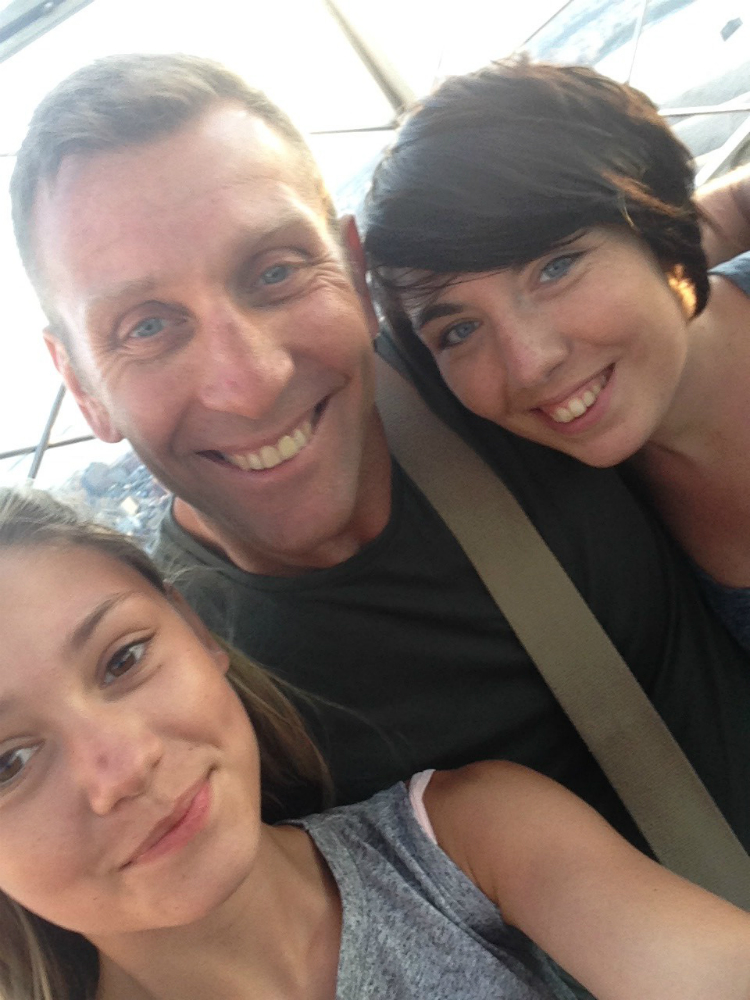 He will also be remembered as a professional Rugby League player in teams such as Oldham RLFC and Swinton Lions RLFC. Fitness had always been a big part of his life and he even managed to keep it up after his diagnosis: taking part in a CrossFit challenge straight after radiotherapy and the St Helens 10k during chemotherapy.

After he retired from rugby in 2001, he started working as a senior childcare worker at Nugent House School: a school for children with emotional, behavioural and mental health needs. It was a challenging job but Tony loved it and was proud to be a positive role model for his students. Tony also trained to became a personal trainer and delivered one-to-one training sessions from his garage and bootcamp sessions in local rugby clubs, schools and parks which is how we met. 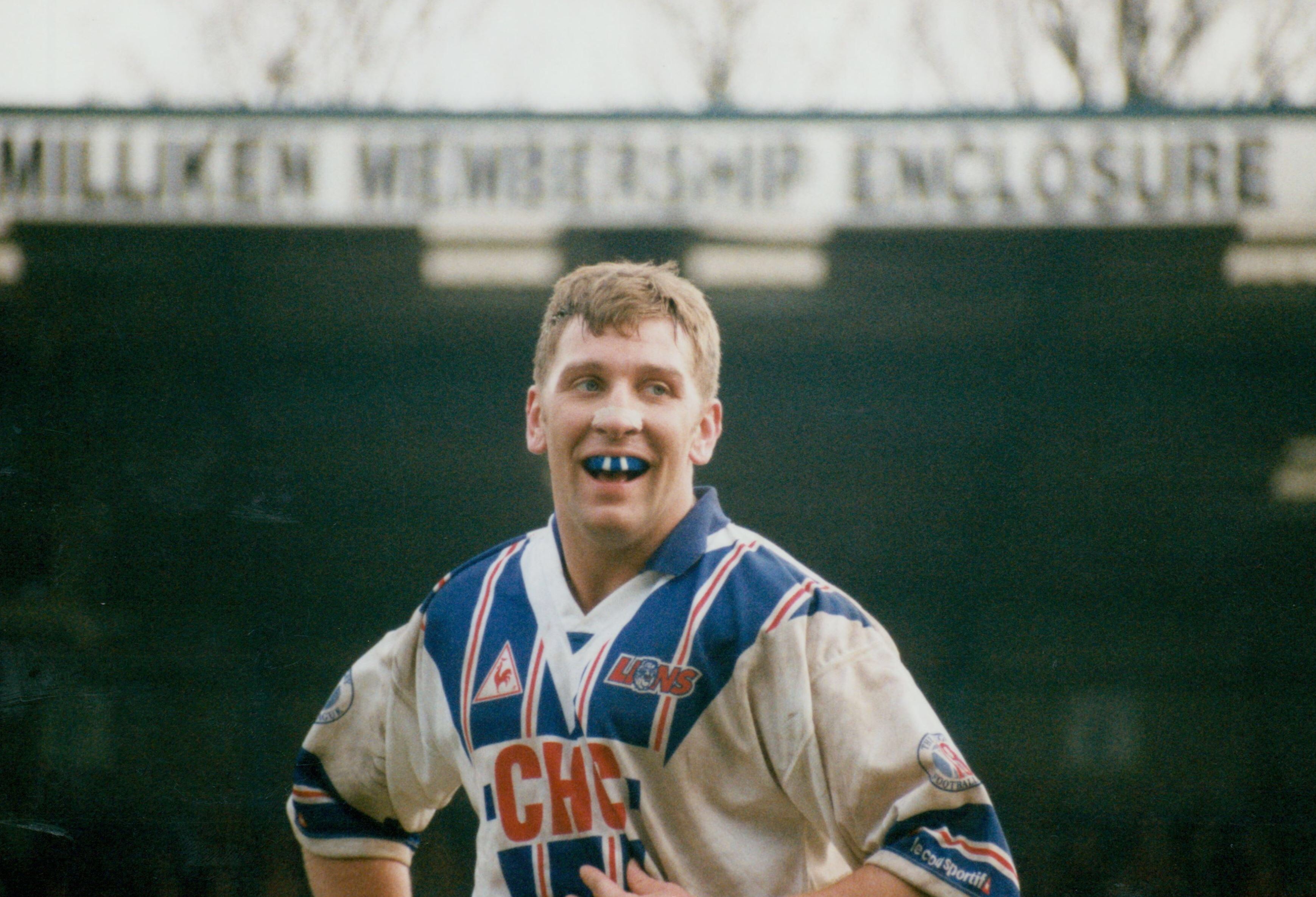 In May 2015, Tony and I were due to go on holiday to Mexico but when his speech started to fail him the day before, our plans drastically changed. He had been on the phone to his sister Paula and his words became jumbled and incoherent. The GP sent Tony straight to A&E at Whiston Hospital and from there he was blue-lighted to the Walton Centre in Liverpool. They found a tumour pressing on the part of the brain that controls speech but they couldn’t say as yet what type of tumour it was.

It was worrying but together with the consultants, we thought it would be low-grade. Afterall, Tony was only 43 and he was as fit and healthy as could be. We went home for a week and stayed optimistic as we waited for Tony’s awake craniotomy appointment.

A 1.5cm tumour was removed and Tony had a speedy recovery. It seemed age and fitness were on his side and he was going to be OK. So, you can imagine the shock and devastation we felt when we were told the tumour was a glioblastoma multiforme (GBM).

"We genuinely believed it was benign or low-grade and never expected to be told Tony only had 14 months left. It was as if we’d been punched in the stomach and had all the wind knocked out of us. How could this be?”

We did a lot of research about treatment but opted for the standard radiotherapy and chemotherapy. Many of the alternative treatments would have involved going abroad for weeks at a time and Tony simply didn’t want to be away from his family. What Tony did want was to make special memories and live each day to the full, and one of his biggest frustrations was how much time was taken up going to appointments.

In September 2015, four months after his diagnosis, we celebrated as the results from an MRI scan came back clear, and the cherry on top was a surprise proposal from Tony. He had been asking me for my ring size so you could say I kind of knew it was coming, but it was magical when he proposed during a romantic spa break! We had the most amazing wedding day just two months later. 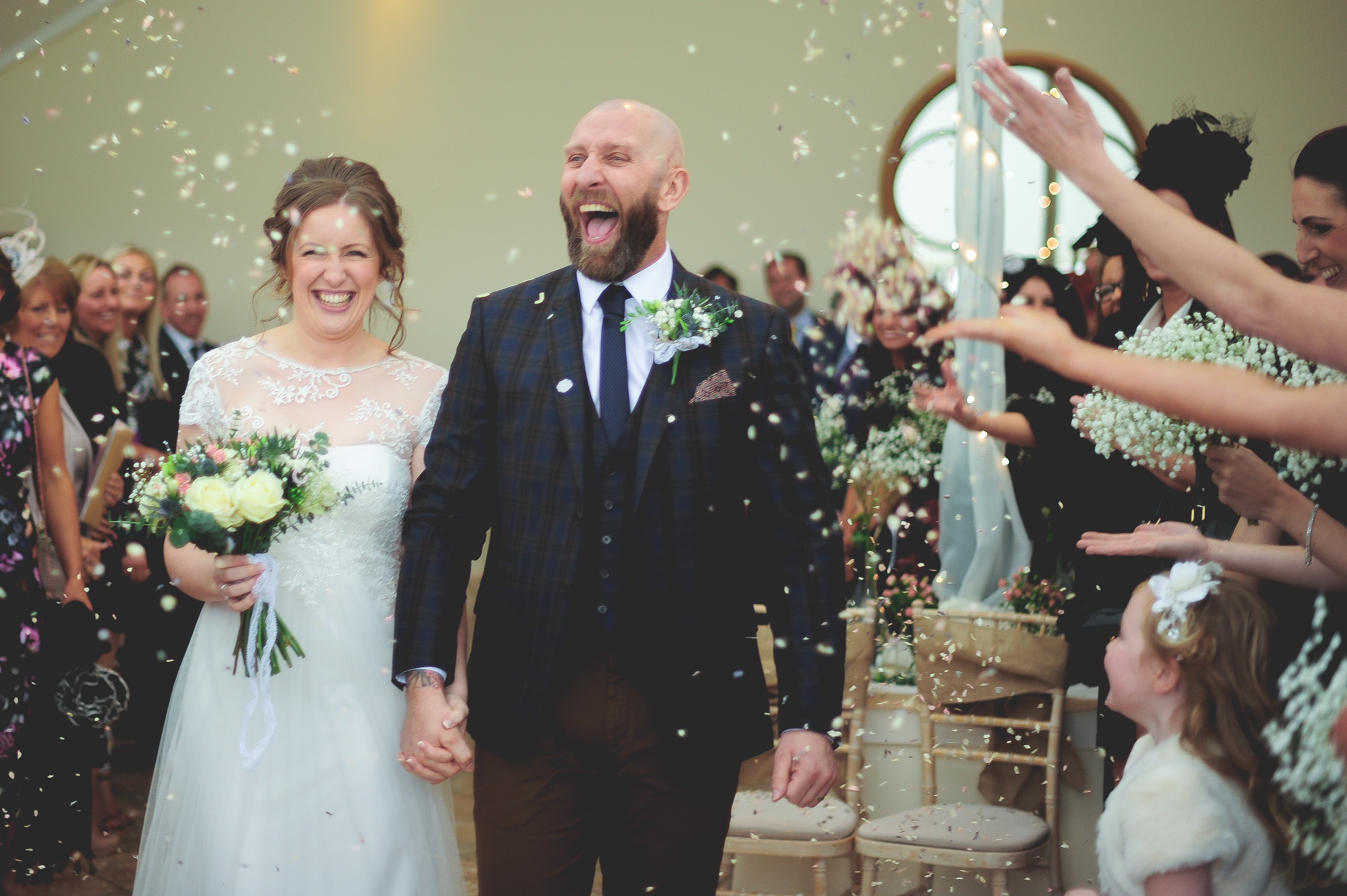 On honeymoon in Scotland, however, our good luck seemed to be running out and Tony had a funny turn. A new scan showed the tumour was growing again and in January he was in theatre for a second operation. Once again, Tony wowed us with his physical and mental strength during recovery.

We were really diligent with all Tony’s hospital appointments and in the early months we followed the doctors’ advice not to fly, but following the second operation we thought ‘sod this’ and concentrated on enjoying ourselves with Megan, Lucy, Tony’s parents Kath and Tony Snr, his sister Paula and her daughters Amy and Beth. The Barrows are such an amazing tight-knit family and although we went to meet different doctors to get advice about alternative treatment options, we decided it was more important for us to have these memories than for Tony to pursue gruelling treatment which wasn’t guaranteed to be any more successful than the treatment plan we were following.

We went on amazing trips in 2016 to Oslo, Dubai, Rome and Cornwall. Tony even tried skiing, paddle boarding and surfing for the first time. He also took up skateboarding just to prove a point but we didn’t tell the doctors about that!

Of course, I wouldn’t advise other patients to do what we did but we were confident in our decision to make life about quality not quantity. Tony had always been a proactive person and, even with an aggressive brain tumour, he never sat down.

"When Tony died, I was satisfied that the whole journey had been on his terms and we couldn’t have accomplished any more than we did.” 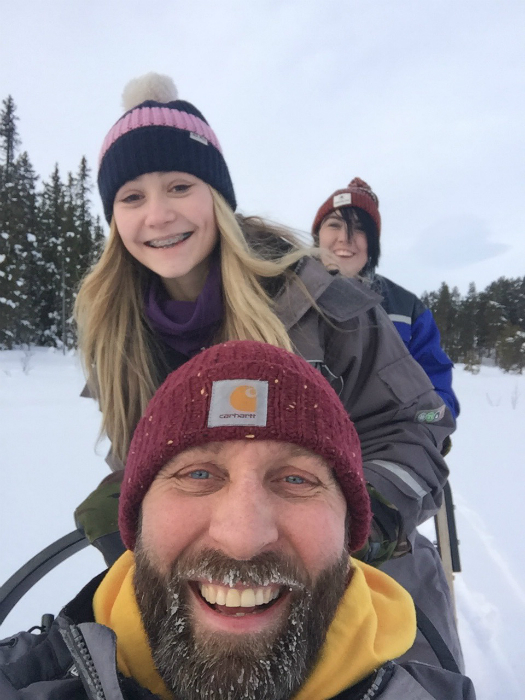 The chemotherapy had been taking a little bit out of him during each round of treatment and towards the end of 2016, Tony’s tumour was growing again and he started to have speech disturbances, and by November, he was struggling to walk long distances. On our wedding anniversary, I worried Tony wouldn’t make it through Christmas but he regained some strength in January after the doctors decided that chemotherapy wasn’t having any impact and we moved to palliative care. He was well enough for us to go to Paris that same month with the girls and then to Iceland in February to see the Northern Lights.

After these highs came one final low. For the first time, Tony was having epileptic seizures and he was taken to hospital in an ambulance. Tony kept saying ‘when I get out, I’m going to do this’ and ‘I’m going to do that’. He was so sure he was going to be discharged and I think the rest of us started to believe it too.

Tony never made it out of hospital and he died 10 days after being admitted. He had always tried to be so positive with everyone and we both tried to shield friends and family from the ugly side of it all.

"From the outside looking in, he was invincible and it was such a shock that such a big character was gone.” 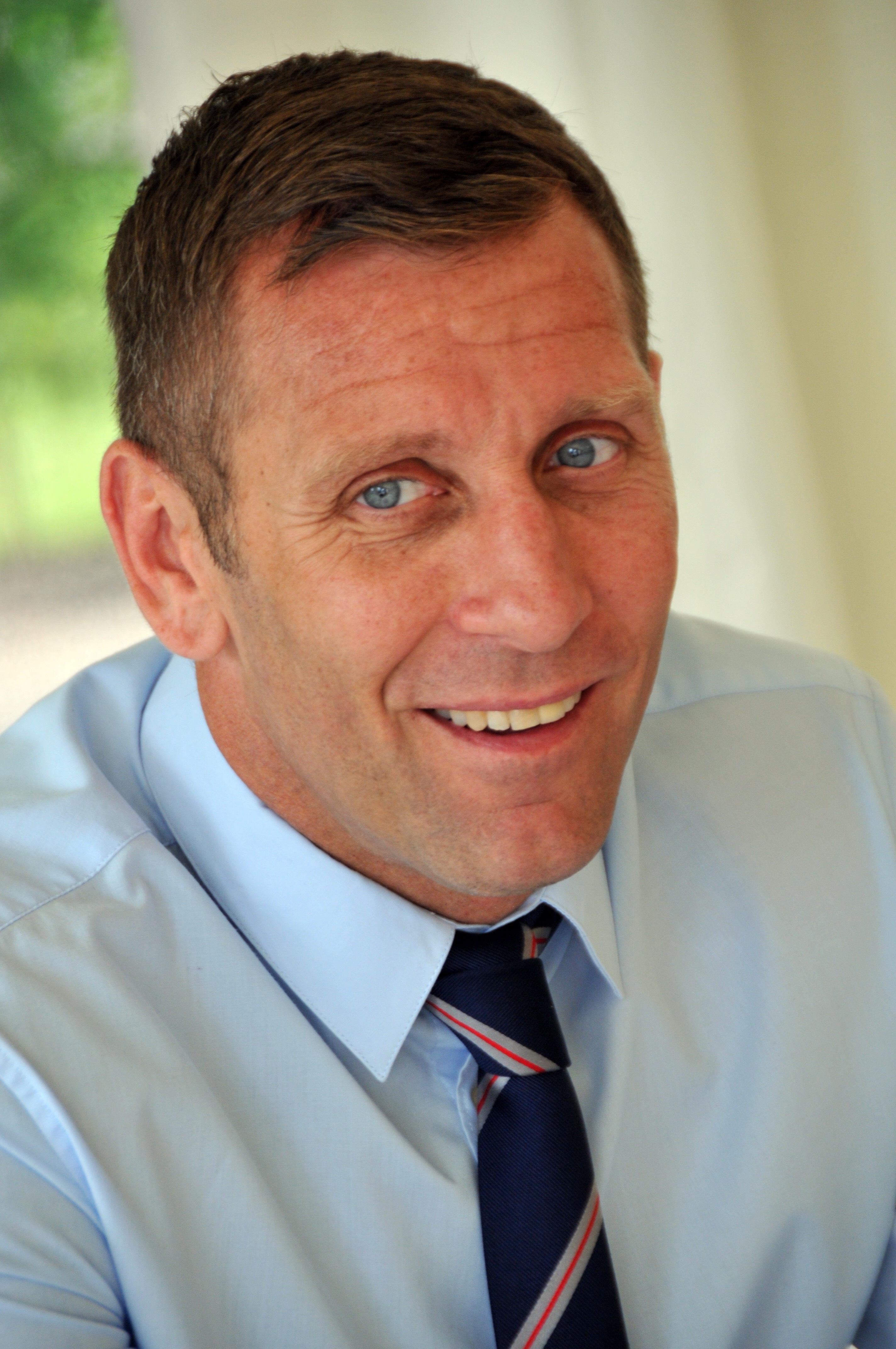 Almost two years on from Tony’s death, I’ve decided to run the London Marathon in his memory. I’m scared but I’ve always wanted to do it and I take inspiration from my amazing husband who once ran five marathons in five days without ever having run one! One of Tony’s close friends Phil Green will be running with me too and together we hope to raise £3,000 towards improved treatments for patients and, ultimately, a cure. Until that cure comes, I hope Tony’s story inspires other patients to live life to the fullest with your nearest and dearest… no matter what gets thrown at you.

I think the final word should go to Tony as this is his story, and this is taken from a letter he dictated to me a few months before he died which was read at his funeral:

"I want you all to know that I have had an amazing life and I have loved every second of it…I’ve had a bloody great time! Be happy, and enjoy the great times because that is what life is about.  Remember, the more love you show to the people who matter, the more you will get back in return.” 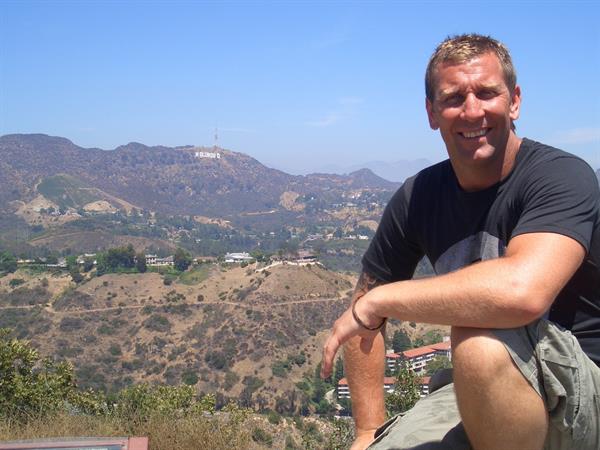