Tom Pooley was a devoted dad, hardworking businessman and well-regarded in the local community. After a series of seizures and inconclusive MRI scans, Tom was finally diagnosed with a brain tumour in November 2016. Throughout his illness, Tom continued to work for his business and retained his strength of character, but he sadly died just seven months after his diagnosis in July 2017.

“In November 2017, I was blessed to give birth to a beautiful baby girl, Ella, who I had been carrying throughout the latter stages of Dad’s illness. Dad was convinced I would have a girl and it’s fitting she looks just like him. Though I am saddened she will never get to meet her grandad, I hope she lives to see the day that there is a cure for brain tumours.”
Here is Tom’s story, as told by his daughter Jenna…

My dad, Thomas William Pooley, known as Tom, was a hardworking man from Cumbria. He had invested 27 years of his life into his own company, Energize, a women’s fitness club and had previously owned a joinery business.

Though I was the only child of my parents, Tom and Margaret Pooley, we laughed that Dad’s business was his second child. My parents met in a local bar, typical of my Dad’s sociable character, and adored each other from thereon. They were drawn to each other by their kind-hearted nature and were together for four years before getting engaged, sharing 34 years of married life together.

From my childhood I remember my dad as a generous, kind and loyal man. He was well-known in our local community and embraced the social life, always putting others before himself. I think that’s why he was so determined to protect us all in the face of his own illness.

It was in September 2015 that we first realised something was wrong. Though he didn’t have a defined period of being unwell, he suffered snippets of seizures that would come and go. He was otherwise quite healthy.

A series of medical investigations ensued, from biopsies to MRI scans, and the results were always the same. Inconclusive.

The first time I knew something serious was when Dad was placed in an induced coma, in September 2015, after a bout of particularly bad seizures. It was intended to prevent the effects of the seizures becoming any worse. He was transferred to the Royal Victoria Infirmary in Newcastle and placed in the expert hands of the neurologists there. Regular MRI scans became the norm, the inconclusive results even more so.

A consultant described a plateau in Dad’s symptoms; his condition was getting no better and no worse. His advice was to leave it six months to wait and see what would happen. However, within five months, in November 2016, the seizures returned and they were even more harmful than before. Dad had yet another MRI scan and their cause was determined: he had a brain tumour.

After the initial shock of the diagnosis, we reassured ourselves that brain tumours are not always aggressive and treatment is available. You convince yourself scientists have the answer, a cure.

Unfortunately, in December 2016, our worst fears were realised. The results of a biopsy concluded that Dad had a grade 4 gliosarcoma. In the consultant’s room where I’d been given the news, I began to question the thoughts I’d been reassuring myself with through the hospital appointments, scans and medical procedures. I realised the scientists may not have a cure.

Though I was shocked and saddened, Dad’s behaviour was not what you’d expect from a man who was terminally ill. I’m not sure whether it’s because he didn’t realise how bad it was, or if he didn’t want us to know how serious things were. He was always so protective of his family and it amazes me how he was so defiant at the point where he was the most vulnerable. It is a stark reminder of how he would always put others first, even during his hardest personal struggle.

As a family, we tried to stay positive. I was pregnant at the time and my husband, Scott Pears, who Dad had remarked was like the son he never had, was my rock. Dad had six weeks of chemotherapy and radiotherapy and he handled it very well, despite the inevitable toll of such treatment.

We tried to explain to Dad the seriousness of his condition, but he didn’t seem to want, or be able, to face it. He continued to invest his heart and soul into his business, working long hours and keeping himself occupied. I still wasn’t sure whether he was in denial about his own health, distracting himself with routine tasks, or wanting to convince us for as long as he could that everything was okay and he would be around for years to come. ‘I’m fine’, he’d say, humbly, continuing to take everything in his stride, never letting on how poorly he was.

It wasn’t until May 2017 that Mum and I had to convince him to stop work. I’m adamant he would have worked till the day he died if we hadn’t intervened. There was a visible decline in his energy. He was sleepy, tired, medicated with steroids and struggled to keep his eyes open. I’ll never forget his words when I realised he’d come to terms with the fact he was dying. ‘I’m an intelligent man’, he simply said. ‘I know what this is going to involve’.

He was cared for at home by my doting mum, the place he had wished to be. We were given support from West Cumbria Hospice at Home and Macmillan. I remember thinking how privileged I was to be surrounded by such a close-knit family, my friends and the support of the wider community.

As his illness took over, I shared some touching moments with Dad. ‘It feels like we’re running out of time’, my dad said. I reassured him that having such a loving dad was enough to touch the rest of my life when he couldn’t be in it any longer.

Just a couple of months after Dad stopped working, in July 2017, he died peacefully as Mum, my husband and I sat by his bedside.

In November 2017, I was blessed to give birth to a beautiful baby girl, Ella, who I had been carrying throughout the latter stages of Dad’s illness. Dad was convinced I would have a girl and it’s fitting she looks just like him. Though I am saddened she will never get to meet her grandad, I hope she lives to see the day that there is a cure for brain tumours. In the meantime, to anyone going through it, I would say take each day as it comes and say everything you need to. I am looking forward to running the Great North Run in September 2018, alongside friends and family, to raise funds for the Brain Tumour Research charity, and this has given me a great deal of purpose through the last year.


Brain tumours are indiscriminate; they can affect anyone at any age. What’s more, they kill more children and adults under the age of 40 than any other cancer... yet just 1% of the national spend on cancer research has been allocated to this devastating disease.
Brain Tumour Research is determined to change this. 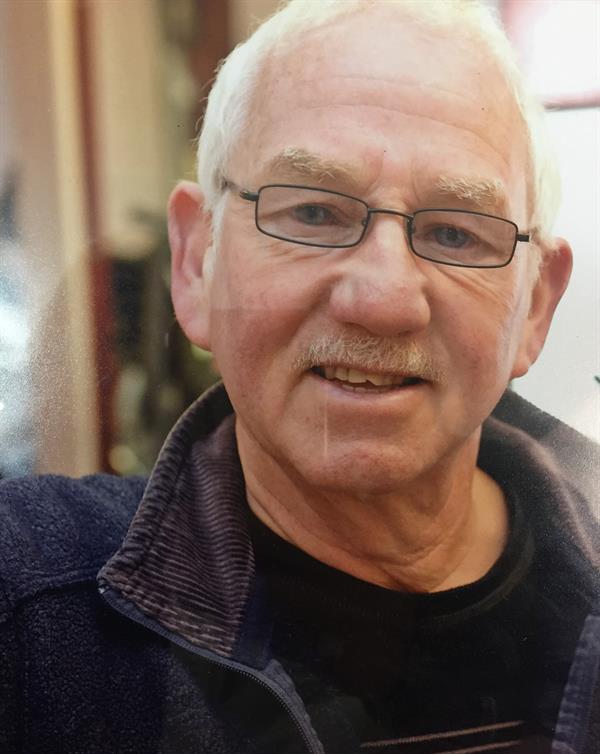