Months after the death of her dad to a glioblastoma multiforme (GBM), Sarah Pestana, a loving mum-of-two, wife and teacher, was diagnosed with the same brain tumour. For her husband Rowen and their two boys, history was repeating itself and tragically the disease claimed Sarah’s life just two months after her diagnosis.

“I just couldn’t believe this could be happening. We’d witnessed what the disease had done to John and now we had to relive that nightmare all over again. I was determined to beat it for Sarah, we would try the ketogenic diet - anything to stop her going the same way her dad did.”

Here is Sarah’s story, as told by her husband Rowen…

When Sarah’s dad, John, was diagnosed with a glioblastoma at Easter in 2016, I never imagined that Sarah would be diagnosed with the same tumour just a month later. Both a client and a friend of mine had died from glioblastomas years previously, so I’d had my fair share of experience with the disease already.

John died not long after, in August 2016, and we were all distraught. Sarah had been a dutiful daughter, visiting him in the hospital every day and caring for him. She was a compassionate and caring woman and her strength always astonished me. His death came as a blow to our sons too. Jacob and Freddie, who were 20 and 18 at the time, were close to their grandad and I think seeing their mum’s heartache made the situation all the much harder.

We pushed on and life went back to normal. Sarah was 48, a teacher at a special needs school near our home in High Wycombe, and when she wasn’t at work, she was doing everything for me and the boys. Jacob, our eldest, is autistic and she was fiercely protective over him. In her spare time, she loved going to the theatre and watching the boys play rugby and cricket.

Not long afterwards, however, Sarah started losing sensation in her right hand. She went to the GP who thought she had carpal tunnel syndrome but she was referred for a CT scan too, just to be sure. I didn’t think anything of it so when on Easter Thursday, one year on from John’s diagnosis, and just hours after her scan, they said Sarah had a brain tumour, I was in disbelief.

I just couldn’t believe this was happening. We’d witnessed what the disease had done to John and now we had to relive that nightmare all over again. I was determined to beat it for Sarah, we would try the ketogenic diet - anything to stop her going the same way her dad did.

Sarah was very stoic considering all she knew about brain tumours. She didn’t cry or get upset and together we tried our hardest to create a positive mental environment at home. Jacob’s autism meant the diagnosis hit him extremely hard whereas Freddie didn’t show it, even though I knew deep down he was hurting. When Sarah was in hospital, it was Freddie who sat by her bedside every day.

A biopsy was booked in for Sarah but it was delayed by two weeks as her thyroid levels were too high. I’m grateful for the delay now as it gave us two more precious weeks with her. When the biopsy did go ahead, I was devastated to learn that Sarah had a glioblastoma. She didn’t regain consciousness after this, so as far as I know, Sarah had no idea that the same tumour that took her dad was killing her too.

I took time off from my job as a banker, as Sarah stayed unconscious for another month. Deep down, I knew she wouldn’t recover but when you’re in that situation, you can’t let those thoughts take over, you have to stay positive.

Sarah had shown no signs of improvement since her biopsy so they attempted to drain the fluid from her brain. If it was a success, the best-case scenario was that she would wake up and be paralysed down the left-hand side, but if she didn’t respond then there was nothing more that could be done for her.

Sadly, the latter was the case. Sarah hadn’t improved, so the tubes were removed from her brain, starting off a process which we had all been dreading. A few days later, on 1st June, my wife took her last breath with Freddie and his girlfriend by her side, and Sarah’s close friend, Sheeba.

We held her funeral in Ickenham where Sarah grew up and where John had lived. Over 300 people came – a testament to how loved she was. Jacob wrote his mum’s eulogy ahead of the funeral and initially Freddie and I tried to dissuade him from reading it. However, when we actually read what he’d written, we knew it had to come from him.

He wrote: ‘My mum was an amazing mum, she was always there for me and I love her to pieces. From where I started 20 years ago to now, from day one, to as many as I can count, every time I was with her it meant so much to me. I learnt a lot, I progressed a lot and I enjoyed a lot of this thanks to her. Given there were so many great memories of mum, it’s really hard to pick a favourite. We cherish all of them, and they will forever be in our hearts. She always said if the family were happy, I'm happy and that’s the kind of person she was. I love you forever Mummy.’

Life hasn’t been the same since but I’ve adjusted and I concentrate on keeping things together for the boys. Sarah was cruelly taken away from us but I was lucky to have had 31 happy years with her – she was my childhood sweetheart and not many people are fortunate enough to experience that.

The hardest part has been seeing the boys upset. Unlike me, they had such a relatively short time with her, and seeing their grief is awful. Both Jacob and Freddie are adjusting to life without their mother; Freddie is at the University of Liverpool and Jacob is doing voluntary work at college. Jacob is still struggling but he’s learnt breathing techniques and coping mechanisms to help himself. I don’t know if he’ll ever process what happened.

Sarah was the youngest of two and as her mum had died from a heart attack in 2006, she was spared the pain of seeing her husband and daughter fight this cruel disease. As for me, I’m back at work full time and playing both mum and dad. The cards have been dealt and I have no choice but to shuffle them and keep going.

I hope by sharing Sarah’s and John’s story that more people will realise how desperately a cure is needed for this disease. Brain tumours claim too many lives and devastate too many families, and the only way to defeat it is if we all work together. 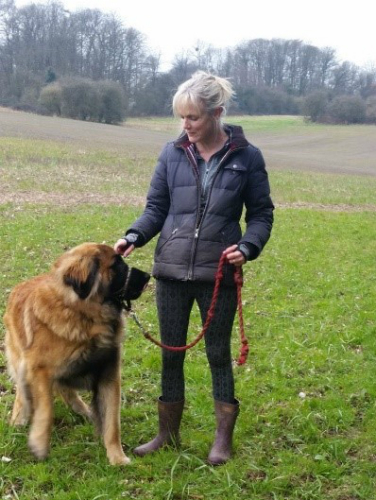