Ruby was just three years old when she started to trip and stumble. Her difficulties were caused by a brain tumour which was so deep inside her head it was inoperable. She endured radiotherapy and chemotherapy, attending school when she could, and adored her new baby brother, giving him cuddles at any opportunity. Cradled in her mother’s arms, and with her father and siblings at her side, Ruby took her last breaths. She was just five.

“The hospice staff helped to lift Ruby onto my knee as she took her final breaths. To be so close for that last moment was so precious. She looked so peaceful lying in my arms and I just sat there for a long while. While it is seven years since we lost Ruby it still seems like yesterday. It is hard to explain my loss but it feels as if I have a large wall of water behind me, it is tall and stormy and every now and then a few drops of water fall down. If I look back it will all come crashing down and so I focus on what is ahead. If I thought about the enormity of it all it would be too much to bear. We love and miss Ruby and talk about her all the time. There has been great support from friends and people often say how strong I am but I don’t always feel it.”

Rex and I got married less than a year after we met. He was a bit older than me and had two children from a previous relationship and I told him right from the start that I wanted a family of my own.

We were living in Oldham when we married in 2001 and our precious daughter Ruby came along in June 2003. We were so, so happy. Our second child, Amber, was born two years and two weeks later, in June 2005.

Ruby was a proper little girl and she had a pair of shiny red shoes that she absolutely loved. It was January 2007 when I noticed she was tripping and stumbling a little – the shoes had a little wedged sole and, thinking nothing more of it, I put it down to that.

Around that time, I had a call from the nursery which Ruby attended while I worked part-time as a theatre nurse at Rochdale Infirmary. They reported that she seemed to have a problem with her right arm and I also noticed that she was limping. We saw a paediatrician who suggested she might have irritable hip syndrome. There were a few appointments after that when things such as a dislocated elbow were also suggested but nothing really seemed to ring true. Although Ruby hadn’t complained of any pain, there was a niggling doubt inside me and eventually we took her to Manchester Royal Children’s Hospital.

The first doctor she saw accused her of play acting but I remained firm – she was only three and this wasn’t something she could have kept up for a week. We saw a series of doctors and had numerous tests and then a CT scan was proposed. As she was showing a weakness down one side of her body, I began to think that maybe Ruby had suffered a stroke, appalling though that was I reconciled myself with the fact that she would have rehabilitation and everything would be OK.

The thought that there might be something in her brain was too awful to contemplate and didn’t even cross my mind. It was around 8 or 9pm when she went into the scanner and I sat with her, holding her hand and telling her a story. We had been at the hospital all day and Ruby was very tired but still did everything that was asked of her.

My mum, who had gone to hospital with us, had gone home by then and Rex was with me. As soon as I saw the scan, I knew things were bad. I could see the mass deep inside the middle of the brain and knew immediately that its location meant it was inoperable.

It seemed like madness, to the outside world Ruby looked happy and healthy yet this was far from the case. She was immediately put on a very high dose of steroids and, for the first time, she screamed in pain.

We were transferred to Pendlebury Children’s Hospital where Ruby was settled into a ward. She was exhausted, we both were, and I slept by her side. It was an old-fashioned ward and I remember the long walk down to her bed at the end. There were children with bandages around their heads and I recall thinking how strange it was that this horror was going on yet most people were completely unaware of it. It was another world.

The following morning Ruby had an MRI scan and Rex and I were taken into a little office to be told the results. They told us what we already knew; the tumour was inoperable as any surgery would cause catastrophic damage. Ruby had a 20% chance of surviving.

Ruby would need radiotherapy to shrink the tumour, which was a glioma and had grown to the size of a golf ball. Unusually, I didn’t resort to Google to find out any more because I was frightened of what I might discover. It was best left to the experts and we would accept the information they gave us.

Although nobody used the word “terminal” things didn’t look good. Without treatment, Ruby had six months at the most. We were advised not to look forward but to concentrate on what was happening now, taking one step at a time. Radiotherapy started and Ruby was great despite having a mask fitted to her face which was then bolted down to the table. She took the steroid medication without question but put on a lot of weight as a result. At times, it seemed as if she couldn’t stop eating and, at one point, weighed the same as an eight-year-old. I have a photo of Ruby that I treasure. She is in her hospital bed wearing a dress that she loved but which we could no longer fasten at the back.

We went to the hospital for radiotherapy for six weeks, Monday to Friday. Ruby never really asked what was going on. She just accepted that it was how things were. It wasn’t until the following year that she wanted to know more and I told her there was a little lump in her head and the treatment was to sort it out. She didn’t seem unduly concerned.

Mercifully, the first scan post-treatment brought the best possible news; the tumour had shrunk more than the doctors had expected. I was able to go back to work and Ruby started back part-time at St Peter’s CofE Primary School in Bury and it was a joy to see her running around.

Unbearably things started to go wrong again in early 2008 and a scan revealed the tumour was growing once more. Ruby was started on a new type of chemotherapy drug and then struggled with a really bad urine infection which sent us rushing off to A&E in a taxi. Ruby had a Hickman line inserted so the drugs could be delivered intravenously. At one stage the high volume of fluids she had to drink meant she required frequent visits to the loo. It broke my heart that Ruby had to go back to wearing nappies at night time, of course she thought she was way too old for that so we had quite some convincing to do!

Ruby missed a lot of school, particularly as she started on the drug trial, but there were good times, like when she wolfed down a plate of sausage and chips leaving us all stunned as she had been eating only yogurt for a while. She had a lovely little green walking frame which she proudly used to make her way up to get a blessing at our church.

I was shocked, to say the least, to discover I was pregnant, it was definitely not part of the plan but I think it helped us all. Ruby was so, so excited especially when we told her she was going to have a baby brother. Jack was born in December and the girls, Ruby in particular, were quickly smitten with him. Ruby loved to kiss and cuddle him and wanted to hold him all the time. Despite being so little herself, she was really gentle with him. It was gorgeous to see and I am so glad that I have videos capturing those precious moments. By this time Ruby was walking again and attending school a couple of afternoons a week. We had a wonderful family Christmas, just enjoying the moment.

As another January came, Ruby’s condition deteriorated and, by this time, the options were very limited and it seemed the best course was oral chemotherapy which might buy us some time. It wasn’t until February that Ruby started needing Paracetamol to help with the pain and, still, she went to school when she could and she happily got dressed up and went along to a Valentine’s disco in her wheelchair. Typical Ruby, she took everything in her stride.

Like me, she still loved shopping and we would go to Asda and choose a DVD to watch. It was becoming obvious to me that Ruby was becoming increasingly poorly and, as she became less responsive, we were back in hospital and discussing hospice care. It was clear to me that Ruby was approaching the end of her life and we moved her to Derian House Children’s Hospice in Chorley.

It was a wonderful place where Ruby, Rex, Amber, Jack and I could be together. Friends and family came to visit and, while Ruby slept for the whole time, we took great comfort talking to her and holding her. Rex brought his guitar and we would all have a sing song around her bed.

The hospice staff helped to lift Ruby onto my knee as she took her final breaths. To be so close for that last moment was so precious. She looked so peaceful lying in my arms and I just sat there for a long while.

While it is seven years since we lost Ruby on 7th April 2008, in many ways it still seems like yesterday. If I’m perfectly honest with myself I realise it is only recently that I have started grieving for my little girl. It is hard to explain my loss but it feels as if I have a large wall of water behind me, it is tall and stormy and every now and then a few drops of water fall down.

If I look back it will all come crashing down and so I focus on what is ahead. If I thought about the enormity of it all it would be too much to bear. We love and miss Ruby and talk about her all the time. There has been great support from friends and people often say how strong I am but I don’t always feel it.

Amber is now at high school and Jack is at St Peter’s, I am working and we have a busy family life. Rex has just turned 50 and, rather than have presents, he collected donations in memory or Ruby who will remain forever in our hearts. 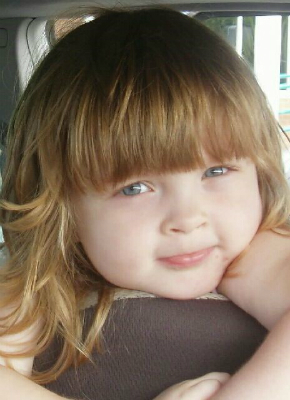