Ross was diagnosed with an Astrocytoma grade II at the age of 30 and had to give up work because of the many seizures he was experiencing.  He was cared for by his wife, Amanda, a trained nurse, as well as extended family, and kept positive by focusing on his two young children, but, at the age of 35, Ross lost his battle against his tumour, leaving his wife without a husband and two young sons – Phoenix, four, and Xavier, 17 months, without their father.

“It is awful that survival rates have remained unchanged for brain tumours whilst those of other cancers have hugely improved due to far greater levels of funding for research.  If only there could have been effective stabilising treatments available for Ross, let alone a cure.  We need much more research so that the scientists can bring real hope to other families who find themselves cursed like ours with this terrible disease.”
Ross was a professional journalist and news editor, working for a blue chip publishing company on a national newspaper when, in 2007 at the age of 30, he had a tonic-clonic seizure, completely out of the blue.  It was quite a scary episode… Feeling very strange, Ross phoned me at work and I rushed home to find him unconscious with blood on his face.  I immediately called for an ambulance.  The police also appeared (I assume they had been contacted by the ambulance service) but it turned out that Ross had had a seizure and had chewed his tongue – hence the blood.

Ross was taken to the local hospital for observations and a CT scan which revealed something abnormal so he was transferred to St George’s Hospital in Tooting where an MRI scan revealed a sizeable tumour (half the size of his brain) on the frontal temporal parietal lobe.   The tumour was inoperable because of its position and size, but wasn’t causing any physical problems, just seizures which he continued to suffer from fairly frequently, particularly when he was tired or stressed.

Ross’s life revolved around his six monthly MRI checks and the seizures.

A year after his diagnosis, Ross went back to work in the same position as before.  It was very tough readjusting to the work environment and keeping up to speed with such a demanding job as news editor in charge of a team of three or four journalists.

In June 2008, Ross had a seizure at work brought about by stress and the pressures of meeting publication deadlines.  It was then that he realised that there was no way he could sustain the demands of his job and so he was medically retired on the grounds of ill health.

Ross spent time recuperating and getting things back together in his home life.

I went back to work as a specialist nurse in the local hospital, but eventually I had to give my job up as Ross was often calling me at work because he was having problems with his fits.  He was also at risk at home on his own.  It was lucky that I had had experience of caring for “neuro” patients during my nursing career, which made me very well qualified to be Ross’s carer and supporter.

We decided to move further out of London and nearer my mum and Ross’s parents in Hampshire to give both Ross and me more support.  Ross was initially under the care of the Southampton General with a slightly different regime.  He went for a scan which revealed a noticeable change in the tumour.  The growth in size was a real shock to all of us as he had had no change in symptoms.

At this stage it was decided Ross should have a biopsy to make sure that the tumour was definitely grade II.  It was an anxious and scary time as, until that point, he had had no surgery.   The procedure was completed as a day case with Ross being heavily sedated.  Thankfully it confirmed that his tumour was grade II and so low- grade.

Towards the end of 2009 and now under the care of the Portsmouth oncology team, Ross had a six week course of radiotherapy to stop the tumour growing.   The moulding and fitting of his radiotherapy mask was a very strange experience and, in fact, quite daunting.  His hair came out in clumps, which he found quite shocking, until he decided the best thing was to shave it all off.  On a lighter note, one of his over-riding memories was of Christmas music being played in the hospital while he had his radiotherapy every day right up until Christmas Eve.

When Ross went for the follow-up with his oncologist, the scan results showed some shrinkage, but the tumour was still sizeable with the scan dye revealing enhancement at the back.  He had constant pressure in his ear and suffered with short-term memory loss.

In January 2011, Ross started a course of Temozolamide chemotherapy.  He seemed to cope really well on it and we thought it had stabilised things, but by November I started to notice a real deterioration in terms of his memory and his life.  He was still helping at home, but there were subtle differences in him (little aspects which only someone living with him would notice) and his epileptic fits were beginning to leave him with weaknesses, like not being able to feed himself or walk upstairs.

In early December we had a meeting with his consultant in which he was quite explicit about the fact that treatment options were now running out.  We came away feeling very low – Ross was normally such an optimistic person.  However, after a day or two, he seemed to rally and continued his policy of being positive and ploughing forward, never giving up.  He started a new course of chemo, this time on Lomustine and Procarbazine, and would say that this time it was going to help.  He only managed two doses of his second round of chemo, however, before becoming so tired and then being violently ill.  I had to get him admitted to hospital.  He couldn’t coordinate his arms or legs.  Ross died two weeks later at home.   Having him at home meant that we were able to be together as a family, in familiar surroundings, surrounded by love, while ensuring his dignity.

Discovering he had a brain tumour was quite life-changing.  It made him appreciate life much more and in particular his children.  Phoenix, was three months old when Ross was diagnosed and our second son, Xavier, was just a toddler when he died.  They kept him positive and focused.  He was always so thankful that he had such a fantastic family who all rallied round and were always there for him.  He knew that we were all on the journey together.

It is totally tragic that so many of the younger generation seem to be the ones that are suffering these tumours.  The statistics reveal that more children and people under the age of 40 die of a brain tumour than from any other cancer.  Ross was just 35 with a young family.  Apart from the obvious physical suffering in terms of his epilepsy and the last couple of weeks of his life, Ross suffered very much with the emotional and mental aspects of coming to terms with such a diagnosis.  He was a very active man, but the mental anguish and fear he experienced was terrible.

It is awful that survival rates have remained unchanged for brain tumours whilst those of other cancers have hugely improved due to far greater levels of funding for research.  If only there could have been effective stabilising treatments available for Ross, let alone a cure.  We need much more research so that the scientists can bring real hope to other families who find themselves cursed like ours with this terrible disease. 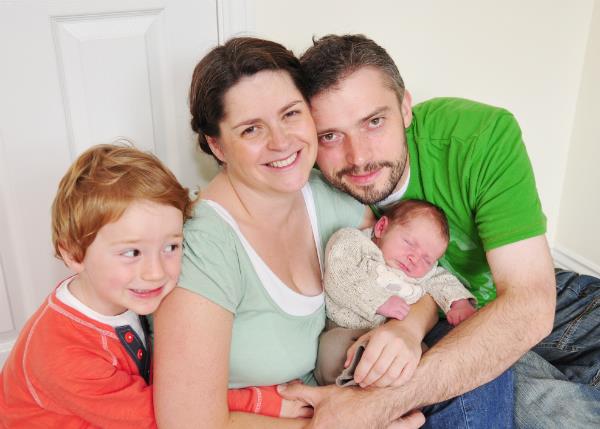