We are grateful to Rose, who worked with us in September 2019 to share her story here. Sadly, Rose passed away on 2nd December 2020. We remember Rose as we continue our work to raise awareness of this devastating disease and to fund research to help find a cure. She will be forever in our hearts.

Programme & partnerships manager, 27-year-old Rose Acton lives in Finsbury Park in North London with her boyfriend Tom. In August 2019, the King’s College London History graduate was diagnosed with an inoperable, grade 4 glioblastoma (GBM), she refers to as ‘Bobby’.

Rose, who grew up in Manchester, made the decision to blog about her brain tumour journey on the day she received her devastating diagnosis. Determined to throw everything at it to ensure ‘Bobby’ is ‘going down’, Rose has just embarked on a six-week course of intensive treatment to try to shrink the tumour.

Three weeks ago, Bobby wasn’t even a thought. I was just living a normal life. Then all of sudden, Bobby is integral to my day-to-day life with his appointments, treatments and drugs. It strikes me how quickly something becomes part of your identity. Like it or not, he’s here to stay.

It all started one Thursday when I began experiencing strange tingles down my right-hand side. They felt like pins and needles but sharper and painful. It was a bit odd, but I thought it could be anything from a vitamin deficiency, to a side-effect from my contraceptive pill or even a physical response to stress. I had a video consultation with my GP on the Monday. She thought the symptoms were unusual and said I could have had a stroke. She advised me to come off the pill and I was referred for an ‘urgent’ neurology appointment – the first available one being in three months’ time. But then I was lucky enough to see another GP in person who fast-tracked me on a two-week wait, central nervous system cancer referral. He told me not to worry, that it was just to speed things up so I didn’t get lost in the system. 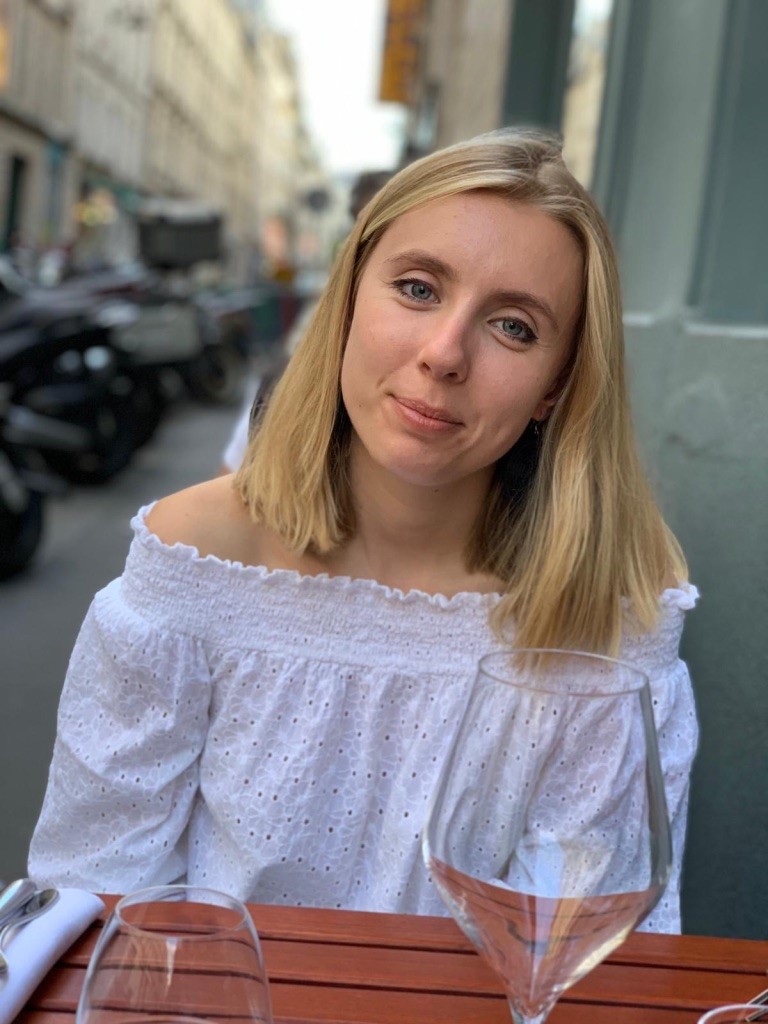 Three days later I was sitting in the neurology clinic at University College Hospital London (UCLH). The consultant wasn’t concerned by my symptoms, but said that it was worth doing a CT scan. I was due to go to Sweden that weekend and, as I’d passed the basic neurology tests, he deemed me ‘fit to fly’ but said he’d call me if anything ‘horrific’ came up on the scan. My mum had travelled down to London to accompany me to the appointment. She was convinced the symptoms were probably related to my peanut allergy for which I was undergoing a clinical trial for desensitisation! An hour later my mum and I were having lunch when I got a call asking if I could pop back into the hospital.

“He said they had found ‘something’ and that I should prepare myself that it might be a brain tumour. I was shocked and upset but still but hopeful that it might not be bad news.”

That was on Friday, and by the Monday I had already had an MRI scan. The next day, we were told that it was a brain tumour and, due to its location, inoperable. It’s in the insula; a small region of the cerebral cortex located deep within the lateral sulcus, which is a large fissure that separates the frontal and parietal lobes from the temporal lobe. The neurologist explained that they would have to perform a biopsy to find out more about its type, grade and the necessary treatment plan. I stayed in hospital for a couple of nights to have the biopsy. After my biopsy surgery, there was half an hour or so where they were worried that my right-hand side was affected — a lack of strength in my right arm and leg, a droopy right face, struggling to speak — all pretty terrifying. But it was fine in the end. 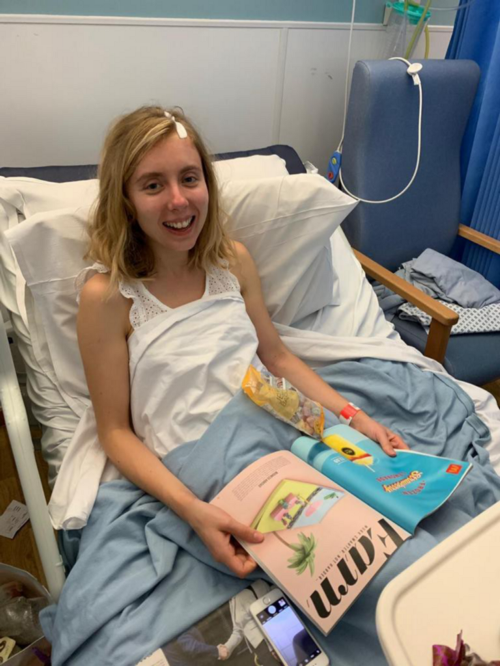 My parents and boyfriend came with me for the diagnosis. It was a huge shock to us all when we were told my tumour is aggressive - a grade 4 glioblastoma. It goes without saying that there’s something quite daunting about finding out you have a brain tumour. 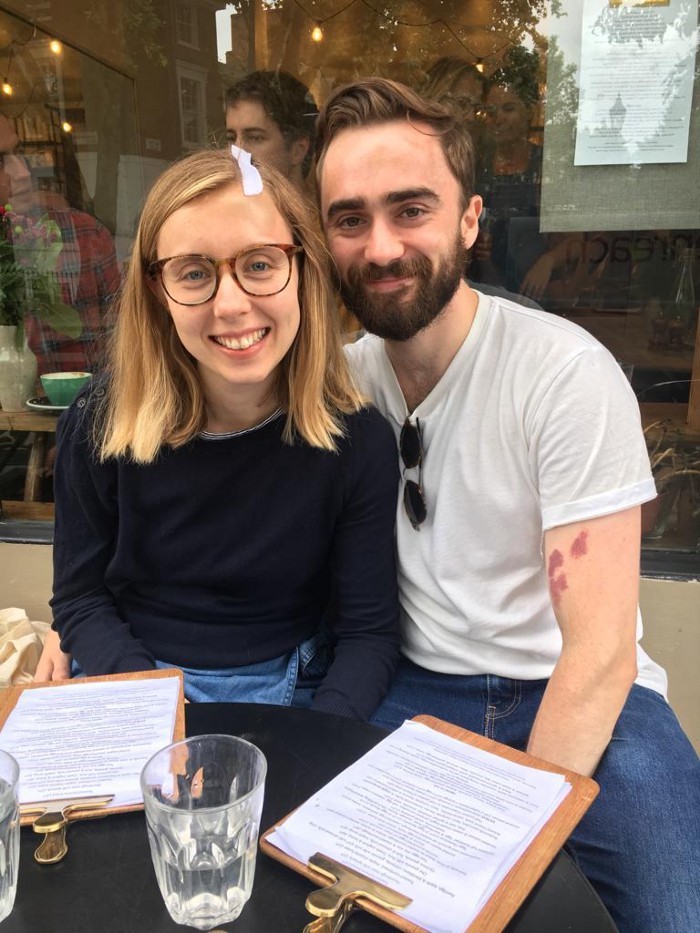 “Your brain is where you think, reason, feel, remember. The thought that something isn’t right is unsettling. Mind over matter presumes control, and one thing you don’t have with cancer is control.”

One thing is certain, everything moves so quickly. The day after my diagnosis meeting, I had an oncology appointment, a radiotherapy mask-fitting, my height and weight measured, bloods taken and another MRI scan. It was as hectic as it sounds. I was running around the hospital from midday until 4.30pm — I didn’t even have the chance to eat lunch. But the NHS is incredible — when you really need it, all the wheels set in motion and somehow this large, cumbersome machine just works.

The oncologist talked me through the treatment plan, which would begin less than two weeks after diagnosis. She explained that I’ll be having radiotherapy and chemotherapy simultaneously for six weeks, followed by chemotherapy for six months. The oncologist patiently sat while my boyfriend, best friend and I rattled off our list of questions, compiled from what Google has to say about the latest treatments, drugs and trials. “What about DCVax, CDK5 inhibitors, immunotherapy, Sativex, proton beam therapy, clinical trials to be done alongside traditional treatment?”

“We had a list — and that was just the one section we had titled ‘alternative treatments’. It must so frustrating being a doctor in the age of the internet and the proliferation of ‘Dr Google.’ Whoops!” 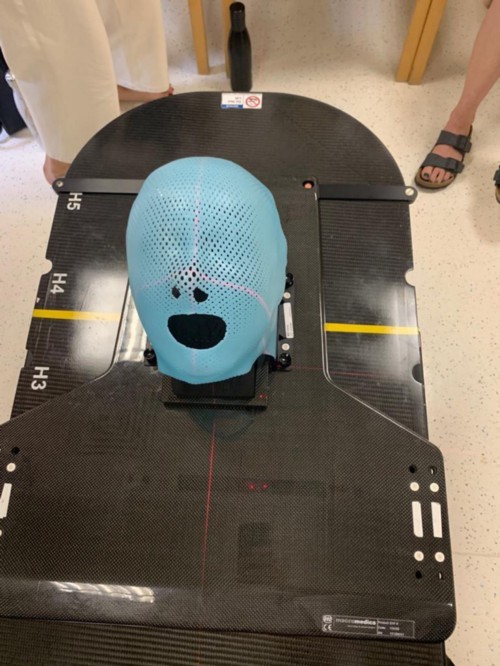 For the radiotherapy you have to wear a mask so they can consistently direct the treatment to the correct part of the brain. The fitting was with “Superintendent of the Mask Room”. I presume this is because the hospital specialises in paediatrics, or they just like giving their staff very cool job titles.

“If you’re a child they paint your radiotherapy mask as your favourite animal, superhero or anything you’d like — which is brilliant (and also a heart-breaking reminder that kids have to go through this too).”

I do get to keep the mask after treatment … so that’s my Halloween costume sorted at least!

There is no easy way to tell your friends that you have a brain tumour but everyone has been amazing and really rallied round with words of comfort and offers of practical support. When I first got the tingles, my friend named them the ‘Wibbly Wobbles.’ Much more friendly than ‘sensory seizures’, which I now know they are! So, a natural progression when a tumour was in the picture was, ‘Bobby and the Wibbly Wobbles’ — it sounds like some kind of whacky ’90s pop band. I’ve learned that a lot of dark humour is needed to get through this. Injecting some light-heartedness is my way of coping with it.

“It isn’t something I would’ve wanted to happen to me but I’m determined to use it as a source of strength and a means to thrive and feel better.”

That’s one of the reasons I decided to blog and to share my story with Brain Tumour Research. There is currently so little research being done into brain tumours and that is a massive problem.  There needs to be funding, more research. Both Mum’s Dad and Dad’s Mum died from brain tumours when my parents were young adults. Things don’t seem to have moved on. There also needs to be better systems in place for patients to take part in research.

I’m lucky to have been accepted onto a clinical trial at UCLH. The trial has involved undergoing an advanced, one-hour MRI scan. It provides a more subtle and detailed image of the brain but it’s even louder than a normal MRI. The bed shakes but you’re told to stay as still as possible; it’s so hard! There needs to be even more research and trials to understand what works well and bring it into clinical practice. 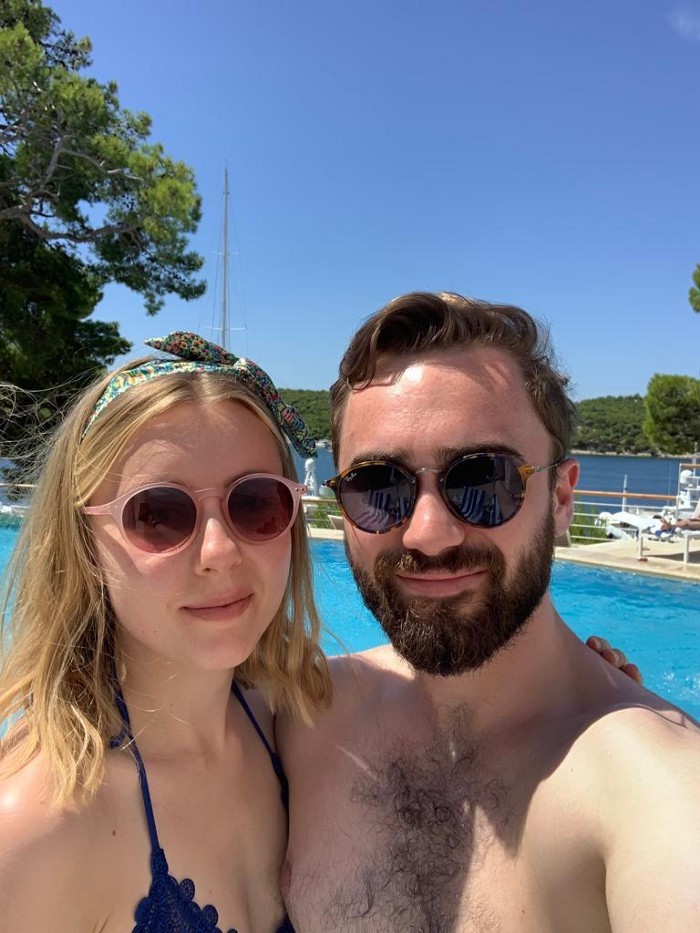 One thing I’ve struggled to deal with is the risk of the treatment leaving me infertile. If the tumour had been lower grade, I may have been able to have my eggs frozen but the medics advised me to begin treatment as soon as possible due to the seriousness of my tumour type. You never know what might happen with fertility (you never know until you start trying) but of course, this treatment makes me higher risk for infertility. But for now, I’m just dealing with the tumour in front of me.

For now, I’m feeling grateful for the wonderful support system I have around me. My parents travelled down to be with me for day one of my treatment. Along with my friends and boyfriend, they have been incredible. I’ve also been touched by the kindness of strangers. I’ve shared my blog on social media and have been totally blown away by the response. I’ve received so many messages of support. It means a lot. Bobby is quaking in his boots! 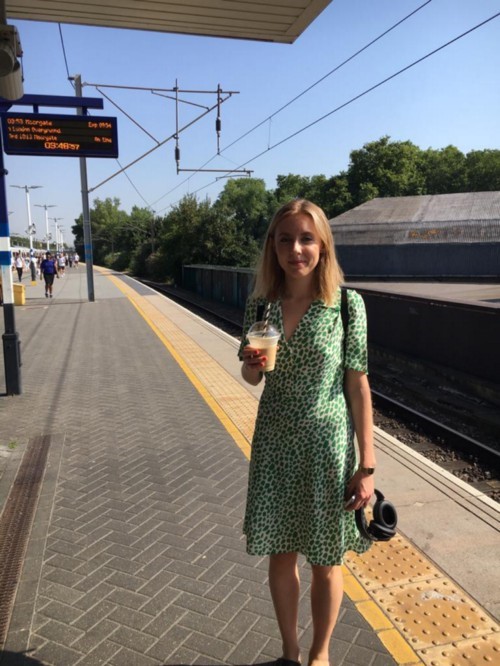