Roger Harvey was a fit and active 78-year-old who showed no signs of illness before collapsing suddenly at home in mid-January. He had a bleed on his brain which was later found to be caused by a high-grade glioma. Sadly, his tumour was so aggressive that treatment was not possible and he died in an Ipswich hospital four weeks later. COVID-19 restrictions prevented his family from visiting him until his final days.

My dad, a retired mechanical engineer, was an active person who never sat still. He was a sailor, an intrepid traveller and he loved to climb mountains. He even walked to Everest Base Camp about 10 years ago. When he collapsed in January, my sister called me and said he was in a stroke unit and that just didn’t make sense. He led a really healthy life – he didn’t smoke or drink more than a couple of pints a week and he wasn’t overweight. Once I’d got over the shock, I still couldn’t make any sense of it; the consultant said Dad had a brain tumour and somehow that made more sense. Obviously, that was a worse diagnosis but I remembered my old boss having one and they were able to prolong his life so I thought Dad would be alright.

“He collapsed about 1am on Sunday 17 January and had lost all movement in his left side.”

I think it must have been Wednesday of that week we got a call from a nurse at Ipswich Hospital saying Dad, who couldn’t talk and could only write with his right hand and not very well, had written a note asking the nurse to tell my mum, Barbara, he’d ordered a Tesco delivery which was due to arrive on Friday night. He was right too, he had ordered a delivery for 5pm Friday and the fact he was still aware of things like that made me think they were going to be able to operate on him or give him chemotherapy, so when we got the diagnosis on 29 January that his tumour was too aggressive to treat – ­it was on his brainstem and in the pons having travelled up his medulla into his brain – I couldn’t believe it.

“We watched him deteriorate over a period of four weeks and then, on 12 February, he died.”

Everything happened during lockdown so, with my parents living in Suffolk and me in Kent, we hadn’t seen each other for months. Dad’s consultant asked us how he’d been in the six months before he collapsed and we said we didn’t know because COVID had stopped us from seeing him. Obviously, we talked on the phone but that’s not the same and, although he had displayed no obvious symptoms, I can’t help wondering if things had been different if we might have spotted something. 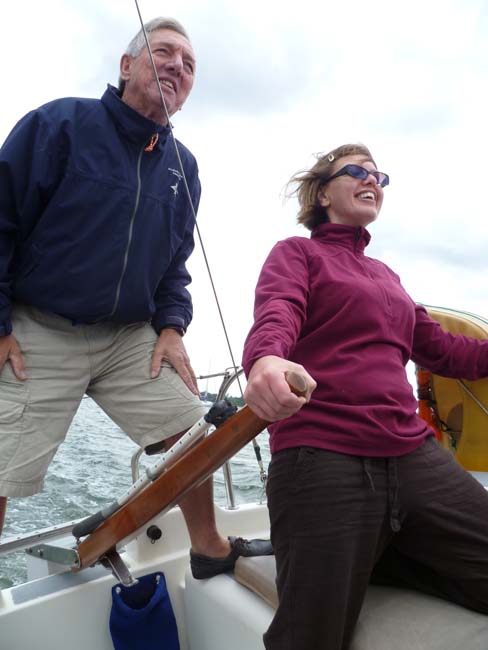 He was a great driver but he did back his car into the porch at the beginning of December. Looking back, I wonder if that had anything to do with it but Dad always had an answer for everything, he was infallible so we just wrote it off. I also spoke to him on a video call the night before he collapsed and I noticed his lip had dropped a bit, but I have two young boys, Tristan’s four and Leo’s six, and with them running around and the craziness of everything, the call was over before I was able to say anything.

When he collapsed, he was taken to hospital by ambulance – the paramedics had to scoop him up off the floor. My mum and I had to take some clothes for him and, because it was during lockdown and the rules were so different, I didn’t expect them to let us go past reception but they told us to take them to the Shotley Ward he was on. When we got there, we knocked on the door and were shown where his room was – he had a private room because he couldn’t swallow and was being suctioned. He was totally paralysed all the way down his left side so he sort of waved at us with his right hand and it was heart-breaking because we couldn’t go over to him. We had to ask the nurse to explain that it wasn’t that we didn’t want to go, it’s just that we weren’t allowed to. 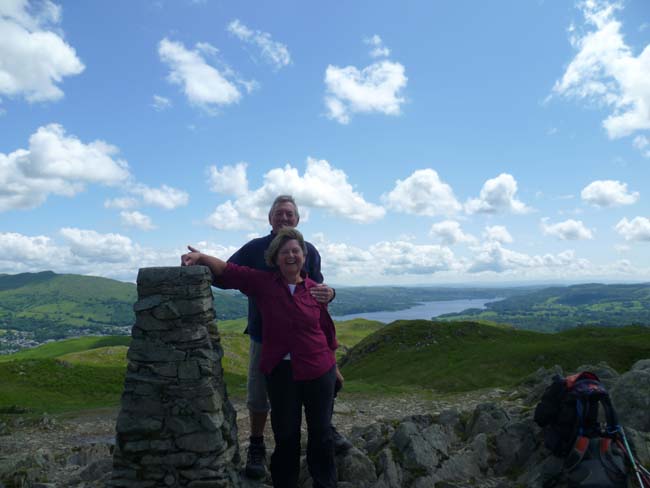 “When they told him he had a brain tumour, he was all alone – we couldn’t even give him a hug.”

We did everything we could to communicate with him but it’s not the same as being able to hold his hand whilst they gave him that diagnosis. They told him the tumour he had, a grade 4 glioma, was quite rare for an older person, much more common in young children, and had spread to his midbrain. They kept scanning him every two to three days and, by the time he had only days left, it had already gone from his brainstem into his brain, so it was clearly very aggressive. It grew so quickly and pressed on so many arteries that, ultimately, that’s what killed him.

“That first week he was in hospital, when he was still mostly himself, we missed out because we weren’t allowed to visit.”

We caught a glimpse of him through a glass box but it was horrible and after that he became a fragment of his former self. It was about five days after being admitted that we really started to notice him deteriorate – that’s when our hope started to fade, and then we found out the prognosis wasn’t good, which is when we were allowed to start visiting, but he died not long after. They were great on the ward, though – they treated him with so much dignity, from start to finish. When he died, he’d had a shave, a wash and fresh clothes, which was lovely considering he could only move his finger by then.

“My mum and dad were childhood sweethearts – they met when she was 14 and he was 18 – but she just couldn’t be there with him at the end, it was too much for her.” 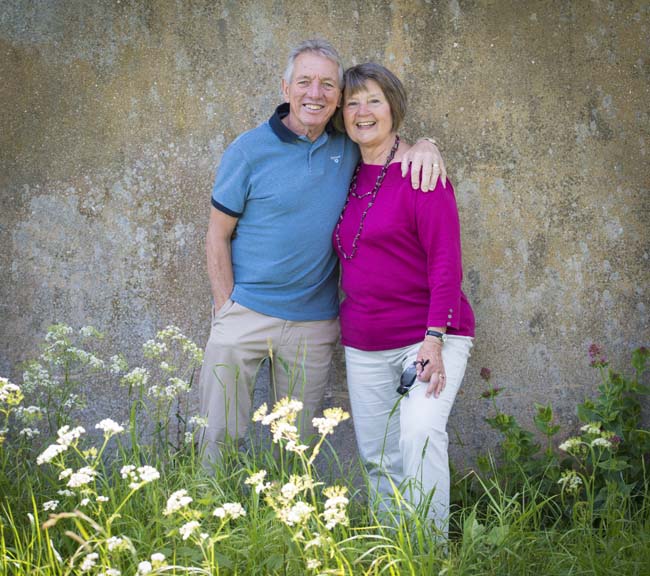 Unfortunately, because Dad didn’t know he had a brain tumour, he wasn’t on the national brain tumour registry which meant we weren’t able to give his brain over for research. I thought that was terrible and I really wanted to do something to help me come to terms with things but also to prevent other people from having to go through the same thing as us. That’s when I decided to start running and when I saw August’s London Landmarks Half Marathon on the Brain Tumour Research website, I decided I was going to do that. I was buzzing off that race for weeks so it didn’t take me long to snap up a place for the Royal Parks Half Marathon, which took place on October 10. 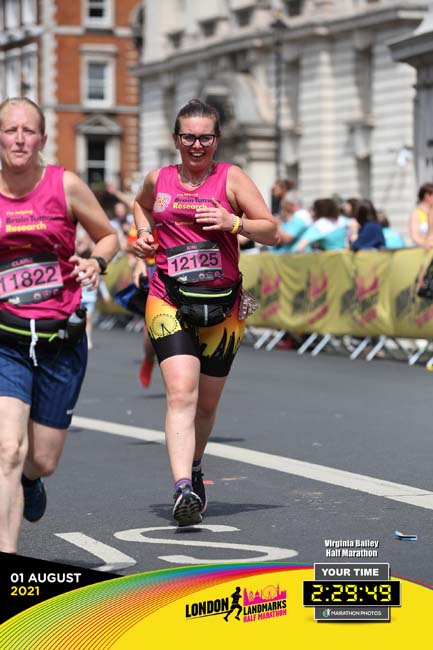 My whole family are supporters of the charity now. In February my 10-year-old niece, Charlotte, ran 100 laps around her local green, raising more than £1,000 for Brain Tumour Research, and her mum, my sister Kate Innes, and husband Stu are set to do next year’s London to Brighton Cycle Ride, which I might even join them for. I know Dad would be very proud of us. He was a strong, determined man with a real strength of character and a big heart.

“He was full of life, full of energy, very loving and very strong – nothing ever beat him, which is why it’s so annoying a brain tumour did.” 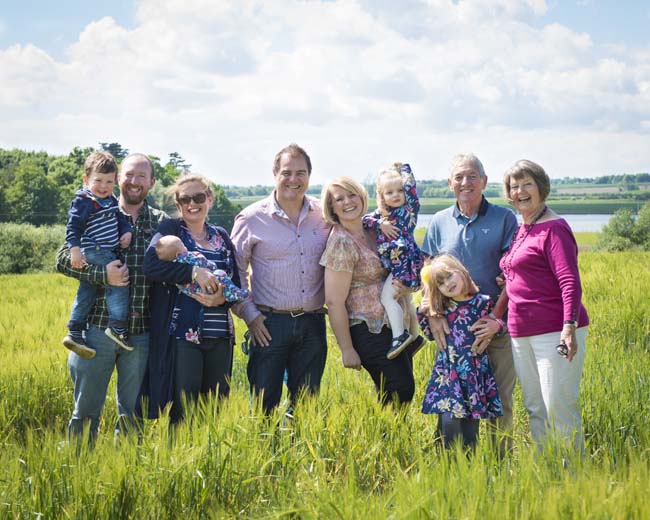 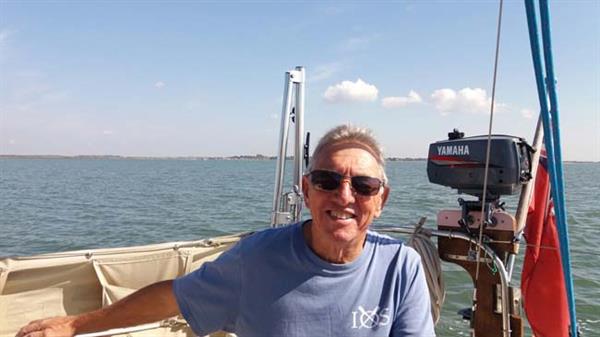