Rob, from Launceston, Cornwall, was just 23 when his life was cut short by an aggressive brain tumour. Despite struggling with his balance and communication, and while undergoing gruelling radiotherapy and chemotherapy, Rob passed his degree in English Language at Newcastle University. Sadly, he was never able to make his graduation. Now his dad Gary, 59, an Operations Services Manager at industrial minerals company Imerys, is determined to fundraise in Rob’s memory as he endeavours to cycle from Land’s End to John O’Groats.

Here is Rob’s story, as told by his dad Gary…

It’s against the natural way of the world for your child to die before you. Rob had his whole life ahead of him and somehow managed to pass his degree in English Language at Newcastle University, while desperately ill with a brain tumour. In a cruel twist of fate, he wasn’t able to make his graduation for the degree he worked so hard to achieve.

Rob was in his second year of university, in 2010, when he started experiencing symptoms. He loved Newcastle and although he was away from his close friends and girlfriend, Sarah, in Launceston, he made wonderful friendships with his flatmates, who remain very close with our family even though Rob is no longer with us. 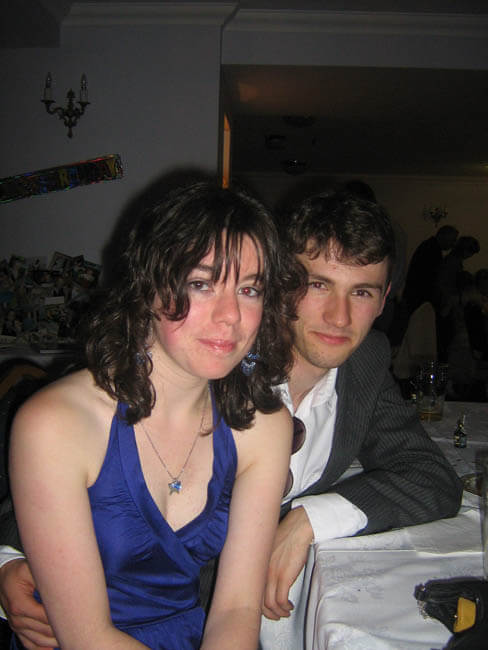 The first sign of Rob’s brain tumour was that he became unable to grip a pen. The doctors and I assumed it was a nerve problem and didn’t think too much of it. Three months later, however, while Rob was visiting Sarah at her university in Winchester, he collapsed.

While Rob was reluctant to accept that anything was wrong, we encouraged him to see his GP, who referred him to Newcastle General Hospital for a CT scan. The scan revealed a tumour, located deep in his brain. It was a diagnosis that changed our lives instantly and it was all-consuming. It was so hard to take in and process the information. Denial crept in, but eventually we had to deal with it.

“The consultants initially thought Rob’s tumour was a grade 2 glioma, which was hard enough to deal with in itself, but sadly it turned out to be much more aggressive.” 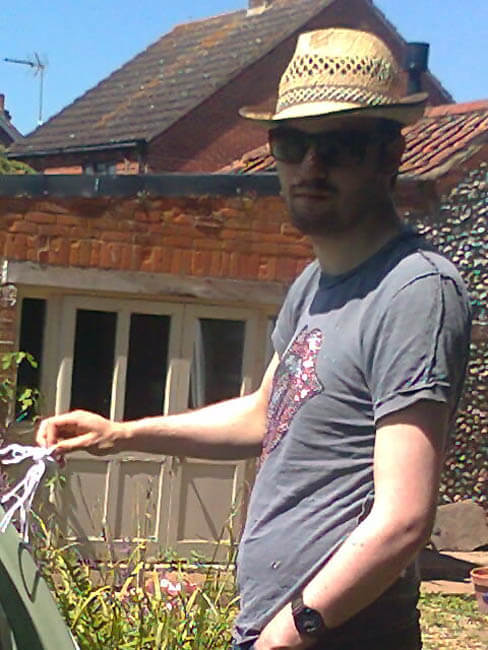 Despite the shattering news, we were initially full of hope and confident that Rob would recover after treatment. I really struggled during the first few weeks after Rob’s diagnosis and I didn’t want to talk about it. I turned inward and felt a huge wave of guilt and regret for focusing on my career when Rob was younger. I thought I was doing the right thing in providing for my family, but I realised I should have spent more time with Rob and his older brother Chris while they were kids. 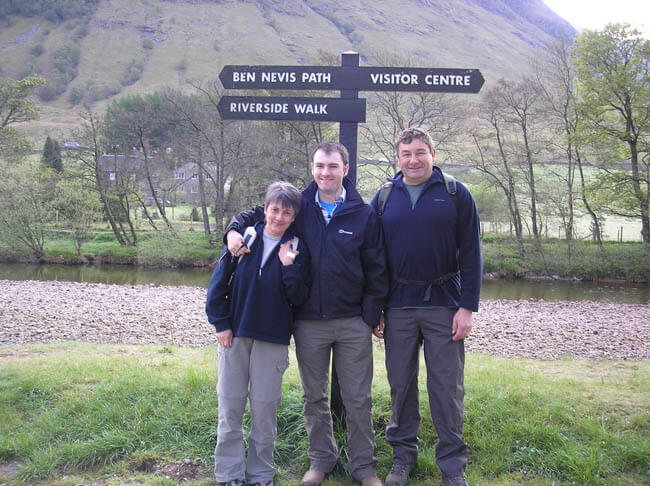 My wife and I had recently moved to Norfolk, so Rob had radiotherapy treatment at Addenbrooke’s Hospital in Cambridge. He didn’t respond well to the treatment; he was having seizures, couldn’t use his right hand and had to learn to write with his left hand.

Rob desperately tried to continue his studies and had to re-sit the second year of his course, having failed to complete it in 2010. The second year went well but during his third year he became unwell. He finally completed his studies in May 2012, though when he returned home we could see he really wasn’t well. He was withdrawn and refused to go to bed.

“When I went to help Rob move out of his flat, it was clear that he’d been hiding how ill he’d become from us. I was truly grateful to his flatmates, who I knew looked after and cared for Rob.”

A scan showed that Rob’s tumour had started growing again, into the other side of his brain, and pressing on his pituitary gland – causing him to lose control of his bladder. We took him back to Addenbrooke’s Hospital in June 2012 where we were told he would need chemotherapy. We were reluctant for him to have chemo, but it was the only treatment option left. It felt as if we were clutching at straws to try and save him.

“Rob didn’t respond well to the chemo; after two sessions it was stopped and we were told that Rob’s only option was palliative care. The oncology team at Addenbrooke’s were brilliant, honest and straight-talking.”

We had to accept that there was nothing else the doctors could do. Rob was on steroids and was having regular seizures. My wife and I took time out of work to help care for him at home; I was working as a managing director of aggregates company, Frimstone, and my wife was a teacher at Little Snoring Church Primary School just outside of Fakenham. We were grateful that our employers were very supportive.

A hospital bed and hoist were installed in our living room. We wanted Rob to be as comfortable as possible and as hard as it was, we just had to be there for him. I ended up putting on a stone after cooking Rob American pancakes every morning; he was ravenous from the steroids. Rob was deteriorating slowly and we were pleased that he made milestones, such as Christmas and my wife’s birthday on 30 December.

I know that Chris misses his brother dearly and they were great friends. Chris will only talk about the good times we shared with Rob and it’s as if his mind has blocked out all the horrors of when Rob was ill. It must have been awful for him to watch his brother pass away.

One positive I have taken from losing Rob is that my family and I have built such incredible relationships with Rob’s friends and Sarah. We’re very proud of their fundraising achievements, such as his best friend Ollie hosting a charity gig and taking part in the Brain Tumour Research charity’s Wear A Hat Day. We know that Rob didn’t die in vain.

“I’ll never forget when Ollie told us about Wear A Hat Day. Rob loved wearing hats and we even asked people to don a hat at his funeral, so it was as if it was meant to be.”

As a keen cyclist, I will be taking on a 977-mile bike ride from Lands End to John O’Groats, to fundraise for Brain Tumour Research in August 2020. I’m very grateful to Chris, my nephew Tommy and family friend Owen, who will be joining me on the ride, and we hope to raise £5,000.

I’m so proud of what Rob achieved in his short life. His ability to pass his degree, while barely able to write and while struggling with his balance, was astounding. I hope he would be proud of us too, as we fundraise in his memory. 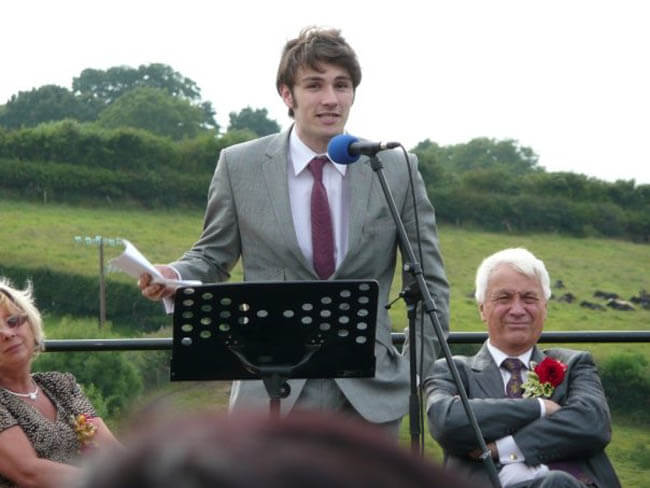 If you have been inspired by Rob’s story and would like to know more about our lobbying, research updates and fundraising opportunities, please sign up to our weekly e-news. 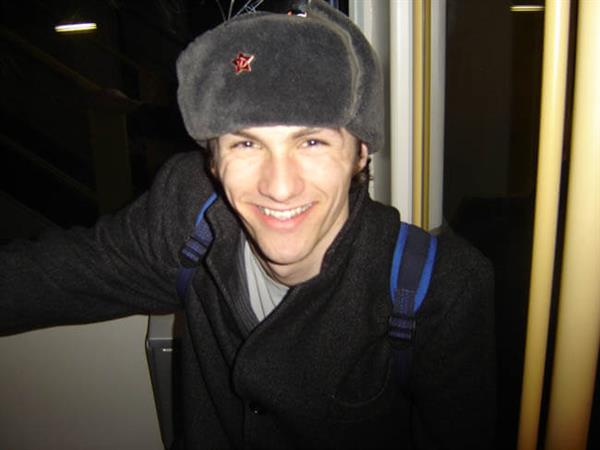