Ray Rosenberg was 48 when he died in 2001 after a six-year battle with an incurable brain tumour. Ray is remembered by all those who knew him as a charismatic, larger-than-life character, dedicated to the Jewish community he was part of in Birmingham. Ray had many great achievements to his name, from a successful career in law to a legacy of community projects in his home city. Ray lives on in his wife Adrienne, his sons Simon, Jeremy and Ben and now his grandchildren five-year-old Ray, three-year-old Gabe and Max, aged one.

Here is Ray’s story, as told by his son, Ben…

Some say time is a healer. When it comes to bereavement, I believe time is more like an anaesthetic that numbs the painful reality that some things can't be cured. I was a 22-year-old student when my dad passed away and I was flung into an alternate dimension. A hole blown through a happy family home full of energy and joy. I’m not sure we ever recover from these kinds of tragedies but we just learn to adapt.

“When you lose someone so special, there isn't a day that goes by without them entering into your mind.” 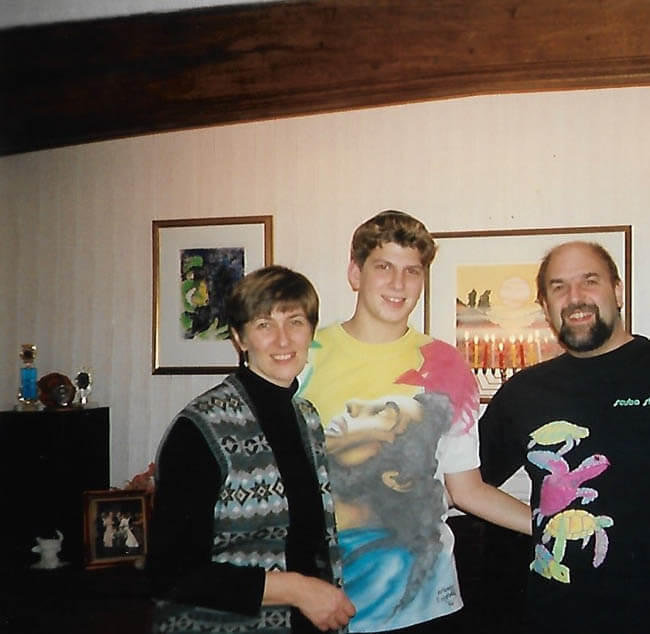 But you can be torn. Torn between a desire to flood your mind with memories, in order to stay as close to them as you can, and a desire to get some distance, in order to avoid being submerged in the sorrow. One thing is for sure, you have to keep going. For your sake and for the sake of the loved ones still in your life.

My dad Ray was a huge character and a wonderful soul, with an effervescent enthusiasm for life. A graduate of Merton College, University of Oxford, he had been brought up in a working-class family in Manchester, going on to break the glass ceiling to become a lawyer, who fought for the rights of asylum seekers fleeing persecution. He had his own solicitor’s practice in Birmingham. In his personal life he was well known for his work in Birmingham’s Jewish community. 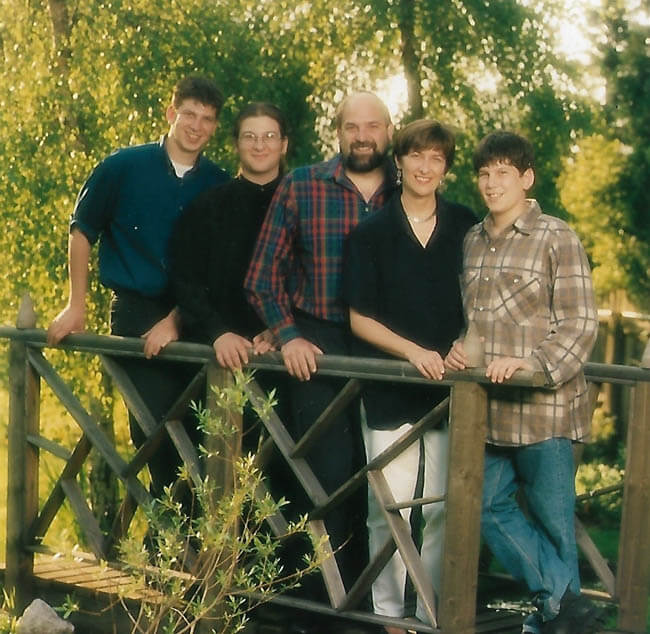 "He Was instrumental in building the city’s Jewish youth centre, which became the Ray Rosenberg Youth Centre in his honour, after he died.”

He was a keen thespian; his theatrical productions brought the community together to be entertained. Return of the Rabbi is amongst the titles he wrote, directed and produced. Theatre was more than a hobby; it was his passion. He moved on to professional productions, working with Hollywood star Richard Dreyfuss on his directorial debut of William Shakespeare’s Hamlet at the Old Rep Theatre in Birmingham in 1994. He also backed an edgy, one-man version of Shakespeare’s Henry V, which is still touring today.

Dad had a seizure one Saturday night in 1996. The delinquent teenager that I was, I had been out late that night and didn’t find out until the next day, when I returned home to find him in bed. I discovered that he had been taken to hospital in an ambulance and later referred to a neurologist. Subsequent scans revealed he had a grade 4 glioblastoma multiforme (GBM) . My mum Adrienne soon knew that it was never going to be a happy outcome but, for me, the penny didn’t drop at all.

“I had such a happy childhood. My dad was superhuman. I never for a second felt it could have been fatal.”

Dad underwent brain surgery fairly quickly after his diagnosis but they were unable to remove all of the tumour, due to its location. Six weeks of radiotherapy followed and he was back to work and in remission for around 18 months.

A year-and-a-half after his operation he had another seizure and began a course of intravenous (IV) chemotherapy. Once again, his treatment didn’t stop him from returning to work and he and Mum tried to carry on as normally as possible. They continued going on holidays, scuba diving and playing tennis. A particularly tough part of living with this diagnosis was not being allowed to drive, as this was something he really enjoyed.

“Dealing with such a serious, terminal disease obviously took its toll mentally but my dad had several coping mechanisms, including meditation, visualisation and self-help books.” 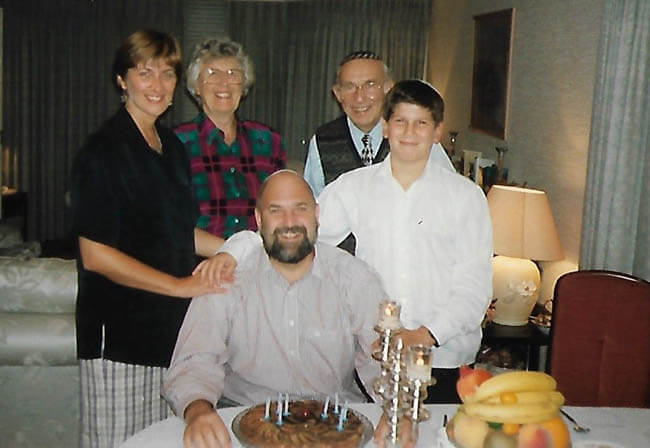 Sadly, his condition worsened and he underwent further surgery in 2001, which resulted in him having a big bleed on the brain. Devastatingly, he never regained consciousness. Had he recovered, he would’ve been left terribly disabled and certainly wouldn’t have survived long.

His loss had a huge impact on the whole family. My youngest brother Jeremy was only 16 and in the middle of his GCSEs. Friends were shocked, as they didn’t all know the ins and outs of the disease. Dad was an incredible human being. He was so courageous and uncomplaining, never wanting to appear to be suffering. I remember I once got Sir Alex Ferguson to write a note to wish him well during Manchester United’s treble-winning year. Dad was livid. He refused to be labelled by his illness. 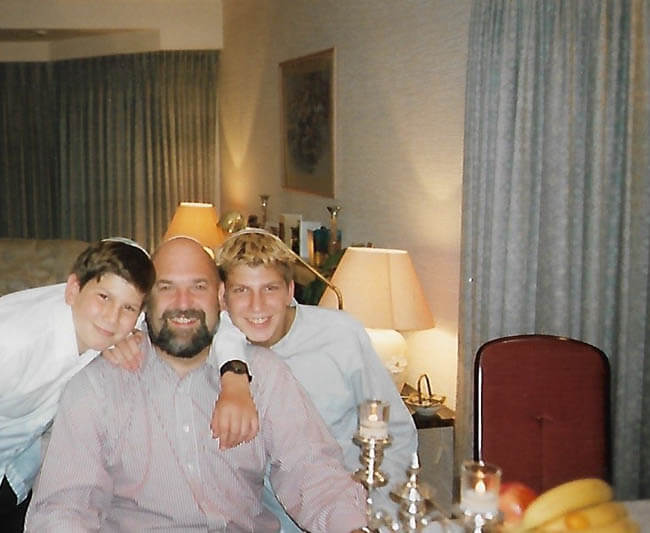 “Dad was also a very charitable man and so in 2017 I decided to take a leaf out of his book and do something towards a cause dedicated to keeping wonderful souls like my dad exactly where they should be.”

I signed up to run the London Marathon in memory of my late father. A few months later, during a martial arts training session, I smashed my knee and instantly knew that I would have to pull out of the run. The sole reason for wanting to run the marathon was to raise money for Brain Tumour Research. What else could I do to honour my dad and help fund an amazing charity focussed on tackling the illness that cruelly took him from his doting family? Inspired by my friend Ben Myers, swimming from Asia to Europe presented the perfect opportunity and so last year we pledged to take on the Bosphorus Cross-Continental Swim in Turkey. 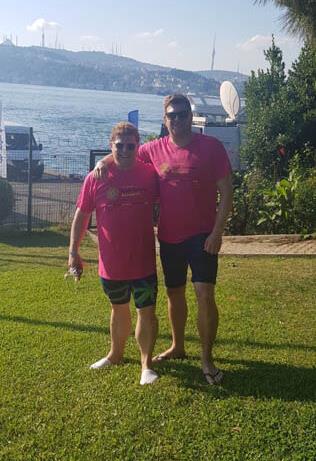 We first hit the training pool in January 2019 and quickly began clocking up the kilometres. My maiden open water race was 3km in the murky Thames in Marlow followed by 5km in the Great East Swim at Alton Water in Suffolk in June. Seven months after training started, we were ready to take on 6.5km across the Bosphorus waterway in Istanbul. Having trained side-by-side for several months, when the big day arrived, we managed to lose one another in the mayhem of the race start. However, despite swimming completely different races, Ben and I collided euphorically at the finish line, one hour and 16 minutes after we had set off!

The most inspiring aspect of our journey was the generosity of friends, family and strangers. Incredibly we have raised more than £10,000 to date.

“Another constructive outcome of taking on this challenge has been the renewed feeling of closeness to my dad. I have been able to add some new, positive memories to his story, that ended 18 years ago, with a negative full stop.”

Brain tumours kill more children and adults under the age of 40 than any other cancer and I will continue to raise money to help Brain Tumour Research find a cure. No child, parent or family should have to lose a loved one in this cruel way. 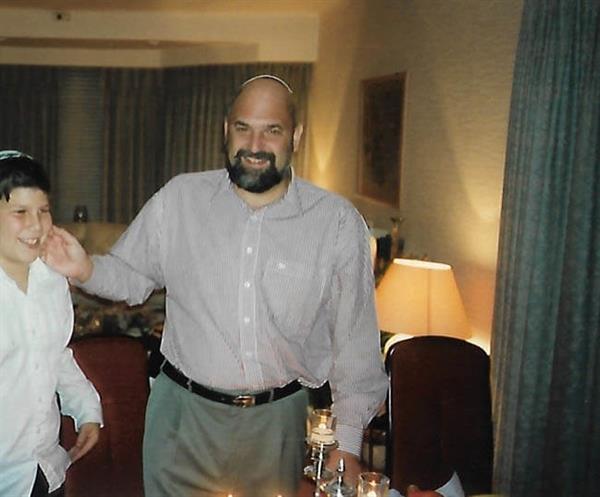