Rachael Sherlock was a fun-loving, sociable five-year-old whose life was cruelly cut short by a brain tumour. At such a young age, she underwent an operation, chemotherapy and radiotherapy. Rachael died in 1985, leaving her mum Julie, dad Tony, and little sister Hannah; she was never able to meet her youngest siblings David and Rebecca. Then, thirty years on from Rachael’s death, the family faced further devastation, when David was also diagnosed with the disease at the age of 26.

Here is Rachael’s story, as told by her mum Julie…

Though it’s more than thirty years since I lost my daughter, the memories stay in my mind as if it was yesterday. Her diagnosis with a brain tumour came after weeks of trips to the GP, trying to determine the cause of her facial paralysis, headaches and balance problems. And, with her whole life ahead of her, it was taken away so rapidly. What’s more, I had to relive the painful ordeal when my son, David, was diagnosed with the disease in 2013.

As I close my eyes, I can still picture the hardest moment. Burying little Rachael’s ashes in a tiny coffin in Dewstow Cemetery, in Caldicot. I wished there was more we could have done. I hated to think of her body in the chapel, so we brought Rachael back home in the days leading up to her funeral.

Rachael was an intelligent little girl with a bright future. She was sociable and popular, fun-loving and had lots of friends. She enjoyed playing with her cousins and spending time with her younger sister, Hannah. 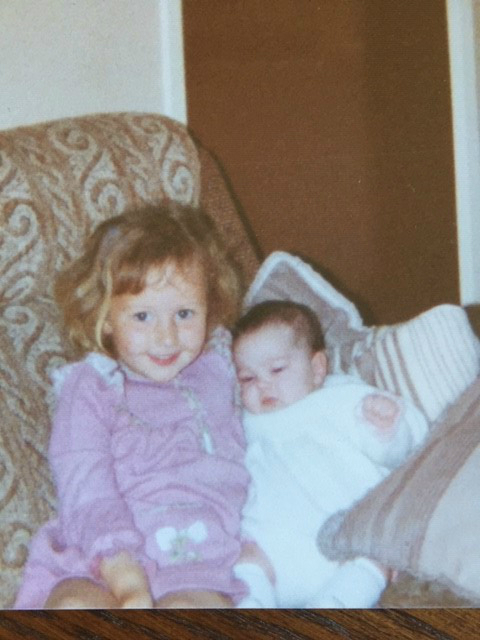 Over a number of weeks in late 1984, however, my husband Tony and I began to notice things weren’t quite right. Before Rachael fell ill, her GP had diagnosed her with Bell’s palsy – a condition that causes paralysis of the facial muscles – because one side of her face would droop. Rachael then started to suffer from terrific headaches and also experienced a loss of balance. Her symptoms were so bad that we often took Rachael to the Royal Gwent Hospital, in Newport. We were sent home on a number of occasions, but we knew something was seriously wrong.

"In hindsight, everything adds up: the headaches; the loss of balance; the facial weakness. All that time, a brain tumour was the cause of her symptoms, but it was never something that crossed our minds."

Rachael’s diagnosis finally came in November 1984, following a scan at the University of Wales, and our world changed forever. She had a debulking surgery in December on her fifth birthday. It must have been such a terrifying ordeal for such a young girl. On top of this, Tony and I had to care for Hannah, who was only a baby, and we were very grateful for the support of my parents. Rachael had radiotherapy and chemotherapy in the new year and the effects of the treatment were dreadful. She lost her appetite and struggled even to drink. I look back at the pictures now and it is heart-breaking to see how thin she had become. She had lost her hair and appeared almost skeletal.

Rachael was able to go back to Durand Primary School in Caldicot for a short period of time; she loved to be among her classmates and just wanted to be back studying with them. It wasn’t long, however, before the tumour started to grow again and the deterioration was rapid.

"She was given another punishing course of radiotherapy, which affected her so badly that I wish I’d refused any further treatment. It felt terribly cruel and merely prolonged the inevitable."

Everything was a total blur and, just a few days before Rachael died, we took her back to hospital. By then, I knew it was too late but I could see that Tony still had a glimpse of hope that she could be cured. Agonisingly, there was nothing that could be done. Rachael spent her last hours with our family members and closest friends, before passing away in June 1985.

Life moved on, as it must do, and that was hard. I still grieved the loss of my darling girl. I gave birth to David in January 1987 and our daughter Rebecca was born on New Year’s Eve the same year. It was moving to watch our three children grow into such caring and flourishing adults, though I always wondered about the path Rachael would have taken and the memories we were all missing out on.

I can’t begin to explain how heart-breaking it was to be told, in 2013, that David was also suffering from a brain tumour. After having a seizure, seemingly out of nowhere, he was taken to the Royal Gwent Hospital, Newport.  When the doctor came to see David to discuss what had happened, I told the doctor that he had a sister who had suffered a brain tumour.

"The doctor suspected epilepsy was the cause of his symptoms but, after telling the medical staff about Rachael, we were taken very seriously. David was transferred to the University Hospital of Wales, and it seemed as if history was repeating itself"

David was diagnosed with a grade 2 oligoastrocytoma and I dreaded to think of the journey we had ahead. He endured surgery in December 2013 and the tumour remained stable for two years. When a scan revealed it had started to grow, and was reclassified as an oligodendroglioma in January 2015, he had another debulking operation, followed by chemotherapy and radiotherapy. He is now doing well, though he can’t work and sometimes struggles with his processing.

I was astounded that David was offered the same drugs to treat his tumour as Rachael, some thirty years apart. It made me realise just how much more needs to be done in order to develop new ways of treating this devastating disease to ensure that no parent has to endure the loss of their child. 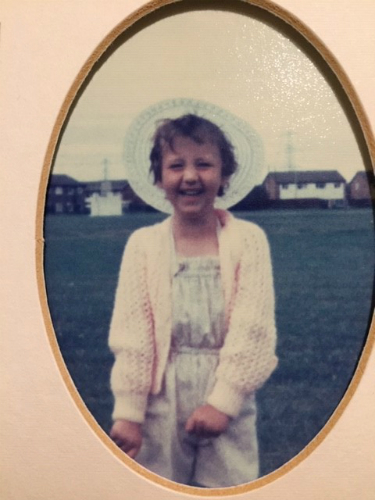