Premila Patel died two years after being diagnosed with a tumour in her left frontal lobe. In hindsight, her daughters believe the disease had been there for many years, if not decades, and that Premila’s changing personality may have been a result of it. The 67-year-old left a gift in her will to Brain Tumour Research in the hope that future generations won’t have to endure this devastating disease.

Leave a Gift in Your Will

Here is Premila’s story, as told by her daughter Shaila

Mum was quite the character; there was no one else quite like her. She was very sweet at heart but also direct and straight to the point, and in later years she was a loving grandmother to my twin nieces Maya and Sana.

"Around 2006, I noticed that Mum’s personality was starting to change. She would make up strange things, act completely out of character, and she was increasingly anxious and afraid."

Her GP prescribed anti-depressants which Mum took for a while and she also made some lifestyle changes which seemed to help but I knew something wasn’t right. When I pushed back on the GP, they suggested Mum underwent psychiatric assessment. In all fairness, her symptoms weren’t what you’d associate with a brain tumour but deep down I knew something more serious was going on. 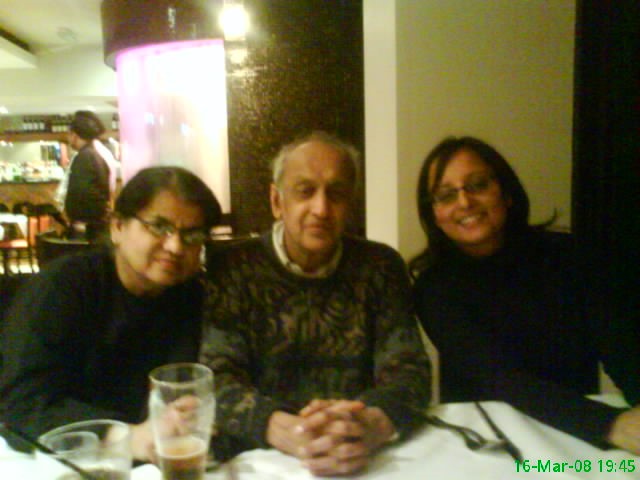 "Nearly 10 years passed before we got to the root of the problem."

It was February 2015 and I had a call from Mum who was at home in Hounslow – she was 65 and had been living there on her own since our dad died in 2008. She said her right forearm and hand was shaking and going into spasm and, fearing a stroke, I took her straight to A&E.

At the hospital whilst waiting for an MRI, Mum had a seizure. It was the hardest thing to see her like that and so horrible to know that I couldn’t do anything about it. Soon after, it was confirmed that there was something unusual in Mum’s brain – the words ‘lesion’ and ‘tumour’ popped up more and more and it dawned on me that our instincts had been right all those years. Something hadn’t been right.

Mum underwent a biopsy but the tumour type was really difficult for them to identify. Initially the consultant said there was a large tumour in her left frontal lobe but we could tell from the CT scan that there were two more masses in Mum’s brain. In hindsight we think that the disease was more diffuse than we first thought.

It took Mum a while to recover from the biopsy as she developed hydrocephalus – a build-up of fluid in her brain – and needed to have a shunt fitted. The condition took weeks to diagnose and I realised that there was so much about the brain that medical professionals still didn’t understand.

"In July 2015, after two weeks in a nursing home, Mum moved back home. She had dealt with the past few months, and the past 10 years, so courageously."

Despite her diagnosis, she gradually returned to normal life, going to yoga and the temple and keeping herself busy but it was still a worry that she was living home alone.

My sister Raxita lived in Leicestershire with her husband and daughters and would come into London and visit Mum after work. She would also bring the girls to visit during the school holidays but unfortunately, she couldn’t be there all the time. Whereas I lived in Ealing with my husband and so I juggled working full-time as a dentist and making sure Mum was OK. Thankfully, she managed for over a year on her own. It was remarkable how well she adapted to what was happening to her.

In summer 2016, I was becoming increasingly worried about Mum as she started struggling with incontinence and I repeatedly asked for help from her GP and neuro-oncologist. By December, her mobility and motor skills had deteriorated too and in desperation, I took her into hospital where it was confirmed that the tumours were spreading. Within a week, Mum suffered multiple seizures and lost her speech and ability to walk.

The unpredictability of the disease was the hardest part for me to deal with as it was impossible to get help or plan for being a carer. Not only was the disease eating away at Mum, but it also had a huge impact on my ability to care for her and my ability to look after myself.

Despite not being able to walk, talk or swallow properly, Mum smiled and laughed a lot in her final weeks and this is how I want to remember her. I will also be forever in awe of how well she overcame what was thrown at her; for her to be affected for so many years by this disease yet adapt and be so courageous is incredible.

In hindsight, I think there were aspects of Mum’s personality that were unusual when I was as young as six which would mean this all started as far back as the 80s. It’s impossible to know for certain but I grew up thinking that her unpredictable behaviour was the norm; it wasn’t until I was older that it dawned on me something wasn’t right.

It wasn’t until the end of 2016 that the impact of the disease really struck me. Mum seemed to have been leading a normal and independent life that year, so it was an awful shock when she deteriorated so quickly in December.

"The lively FaceTime calls she used to have with Maya, Sana and I became one-sided and Mum was barely responding. It was clear that the disease was chipping away at her."

Her health declined rapidly while she was in hospital: she couldn’t move her mouth or eat and was on a strict liquid diet. As a vegetarian who grew up on a farm in India, Mum had always loved fruit and one day in hospital she signalled to me that she wanted a piece of fruit. A nurse interrupted to say that Mum couldn’t have any and, for the first time in months, I caught a glimpse of Mum’s old personality as she shot the nurse the dirtiest look. I found it so funny, but Mum clearly didn’t.

It had always been Mum’s wish to spend her last days at home so in February 2017, Shaila and her husband moved into Mum’s house and cared for her there. It was so difficult to see Mum like this. Her once chubby face was becoming gaunt and she couldn’t talk. She used to be like a child herself around Maya and Sana and now she could barely interact with them.

On 6 March 2017, Mum passed away aged 67. I find some solace in the fact she had a good life and her last few days were peaceful with her family surrounding her. However, I’m left with lots of questions about how her brain tumours affected her.

"How long had they been there? Why did she have three tumours? And, what would have happened if the disease had been caught earlier? Would she have seen her granddaughters grow up?"

When they struggled to diagnose Mum, it opened my eyes to how much more research into brain tumours is needed. Mum was clearly struck by this too as in her Will she left a gift to the Brain Tumour Research charity; she knew it was too late for her, but this was her way of making a difference for future generations. I hope that one day we will get some answers and the thousands of other patients and families affected by this disease will too. 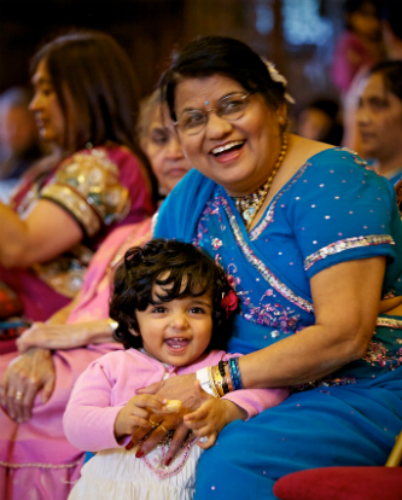