Phil lived for seven years following the diagnosis of a brain tumour in 1998.  His illness was a long and difficult emotional journey for his close family - although he remained brave, stoical and accepting of his condition throughout.

“Phil remained very brave and stoical about his illness.  He knew he was going to die and told me that this would be our last Christmas together.”
My husband Phil was diagnosed in December 1998 following a seizure.  They found a brain tumour so deeply embedded that it was very difficult to get enough cells for a biopsy, but by February they were fairly certain that Phil had a Grade II Astrocytoma.

Phil had six weeks of radiotherapy following on from the biopsy rather than ‘watch and wait’ as the histology was a bit uncertain.   He then had six monthly follow up scans.

At the beginning of 2002 things were not quite right.  He was tripping over quite a lot which could have been down to the effects of the radiotherapy or was it the tumour?  Another scan showed that the tumour had grown.

Phil then had five courses of PCV chemotherapy starting in July 2002. He found it quite difficult to tolerate the chemotherapy and as his blood count was very low the treatment was halted.

Phil then had a good period of remission for about a year.  In mid 2004 another scan revealed the tumour growing again so he had a six month course of Temozolomide chemotherapy. This put the tumour on hold for a while and with an added high dose of steroids, he was able to attend his daughter’s wedding in June 2005.

2005 was a long, protracted and difficult year for Phil and the family, with huge personality changes, including difficulties in communicating, dysphasia, eye sight loss and right-sided weakness.

Phil’s health deteriorated to the point that he was admitted as an emergency to the Palliative care unit in Frenchay Hospital. After two weeks he came home for a while but then sadly spent the last 15 weeks of his life back in Palliative care at Frenchay Hospital in Bristol.  I was so impressed with the level of care and commitment of all the staff in the unit, it became my second home for the last five weeks.

Living with a brain tumour was like being on a big roller-coaster; it was a huge emotional journey for all of us.  Trying to balance home/work life for me got increasingly difficult as Phil deteriorated. I had to stop work in December 2004 as Phil was then unsafe to be at home by himself. Life revolved around hospital visits for treatment, scans and then the dreaded wait for results. His eyesight problems and the dysphasia made him feel very isolated resulting in him not wanting to go out or see anyone on his own; I always had to be there.

Phil remained very brave and stoical about his illness.  He knew he was going to die and told me that this would be our last Christmas together.   He had already, long-since, arranged his own funeral, including the readings which I would sit and read to him and he then chose what he wanted and the music he loved. He sorted out the loft, the shed, and even made me an emergency tool kit, showing me how to use an electric drill and the different tools safely.   He was totally in acceptance of it all.

His death in December 2005 was devastating, even though I knew it was going to happen.  I used to imagine how I would cope or react when he stopped breathing but nothing prepared me for the total feeling of shock and loss. I went round his room tidying up, drove myself home at four in the morning and cleaned the house. It was also, of course, very sad for everyone but also there was a lot of relief there too.  Phil had lost the ability to walk, the use of one arm, and even how to eat, and three weeks before he died he didn’t know anyone and was keeping the whole unit awake at night, shouting and swearing.  Before this thing in his head, Phil was the quietest, kindest, perfect gentleman.

Looking back I can see that Phil and the whole family lost a lot during the seven years he lived with the diagnosis.  Not only did he lose his job straight away (I think they should have persuaded him to change to a different job, but he was instantly medically-retired), but he also lost his driving licence, and we all lost the Phil we used to know.   His grandchildren no longer had their granddad who could leap around and play football with them, take them on outings so the family lost a lot of things which people normally take for granted.

Gradually we saw less and less of friends who didn’t come and see us anymore because they didn’t know what to say.  People are very frightened about things to do with the brain.  We ended up in a little world of close family, but what we really could have done with was more practical help.

Looking back it was like living with a lodger, a stranger sharing a house with us.

We need to spread much better awareness about brain tumours so that people understand the complexity of the condition and so that families receive greater support in order to continue their day-to-day lives whilst caring with someone who has a brain tumour. 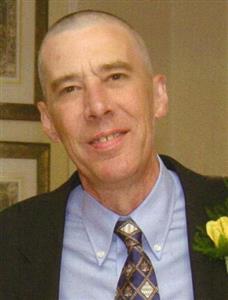