When Peter Shortman suddenly lost sight in one eye, causing him to crash his lorry, a devastating chain of events was set in motion.

Aged only 54, Peter was diagnosed with a high-grade glioblastoma multiforme (GBM) and given only four weeks to live. Happily married for over 20 years and father to two teenagers, Peter never expected his life to turn upside down so drastically.

“He had a grade four glioblastoma multiforme (GBM), a highly aggressive type of brain tumour, and although the surgeons attempted to remove it, after the operation Peter was told surgery hadn’t been successful. After that devastating news, Peter was sent home to live the rest of his days in comfort but there was nothing comfortable about the months to come.”

Here is Peter’s story, as told by his niece Kimberly Hemani…

My uncle was a man of simple tastes, he loved his life and was happily settled down with his wife Vicky and two kids, Grace and Jordan. He had such an easy-going personality and was perfectly content working as a Tarmac lorry driver, going to the pub, watching the darts and boxing, and spending quality time with his family. It was always a running joke in the family that Peter was just like Rodney from Only Fools and Horses – he was a modest and endearing person who would get on with anyone.

When I visited him a month after his diagnosis, the man I saw was worlds away from this contented and inoffensive uncle I’d always known. He was incoherent and spoke as if he was living in the past and he’d also become frustrated and aggressive at times. Vicky will never forget hearing him shout ‘why is it happening to me?’ The personality change was terrifying and extremely difficult for all of us to adjust to. How could someone change so much in such a short space of time?

He grew up on Hayling Island with his parents and sister Susan - my mum - and lived at home until he met Vicky in a local bank in his mid-30s. Vicky and Peter made a comfortable life for themselves and went on to have two kids, Jordan and Grace.

Before his diagnosis, Peter had started getting forgetful and clumsy. He would put his shaving kit in the bin instead of the cupboard and make silly mistakes but it never crossed his or Vicky’s mind that there could be something sinister causing it.

It all started in March 2014 when Peter was out driving in his lorry and he lost sight in one of his eyes. The lorry then drifted out of its lane and scraped the side of a car. Luckily the crash was only minor and no one was injured but it did signal that something was seriously wrong with Peter’s health.

None of us expected what would happen next. Peter was taken to Queen Alexandra Hospital in Portsmouth with a suspected stroke but doctors soon discovered a brain tumor and told him he had just four weeks to live. He had a grade four glioblastoma multiforme (GBM), a highly aggressive type of brain tumor, and although the surgeons attempted to remove it, after the operation Peter was told surgery hadn’t been successful. After that devastating news, Peter was sent home to live the rest of his days in comfort but there was nothing comfortable about the months to come.

The whole family’s life was turned upside down. Vicky arranged for a room to be fully equipped with everything Peter needed to stay at home. She had a nurse come in and help for a few days each week but she was caring for him mostly on her own, whilst also trying to shield the kids from seeing their dad deteriorate. One night she had to drag Peter back into bed after he stood up and collapsed to the floor.

My mum, Susan, is a ward clerk on a dementia ward and is used with caring for people with similar symptoms to Peter’s, so she helped Vicky as much as she could. However, in July, Peter had deteriorated so much that he couldn’t be cared for at home anymore and he was admitted to Rowans Hospice.

Just a few weeks later, on 6th August 2014, four months on from his diagnosis, Peter passed away.

Peter’s illness was so hard for the family to digest. Even four years later, it still shocks me how quickly the brain tumour took over so I can’t imagine how much Vicky and the kids have struggled. Grace, who was 13 at the time, had always had a special father-daughter bond with Peter. She took it really hard and instead of enjoying her final year at school, she suffered from panic attacks and eventually went through counselling to cope with the grief. For Jordan, his dad’s passing was made even more upsetting because if Peter had been alive for just one more day, he would have been there for Jordan’s 18th birthday.

It was a small comfort for the family when over 100 people came to Peter’s funeral to say a final goodbye but in all honesty, I think they will carry this grief with them for a long time. Since losing her dad, Grace has learned everything there is to know about brain tumours. She takes it on herself to raise awareness about the lack of funding for research into the disease, and she inspires me to do my bit for the cause too.

Vicky is slowly rebuilding her life and she now works for Helping Hands Allcare – the same company that helped with Peter – where she can continue caring for people who can’t look after themselves. To go from a happily married wife and mother to a widow at the age of 47 can’t have been easy. Jordan is also moving on and he’s completed college and begun a career in retail.

It’s been a really tough few years for the family and although it’s too late to save Peter, I want to do whatever I can for Brain Tumour Research and hopefully contribute to a cure one day. I’m running the Virgin Money London Marathon in April 2018 to help raise awareness and funds, and if I can inspire just one other person then it will all be worthwhile. 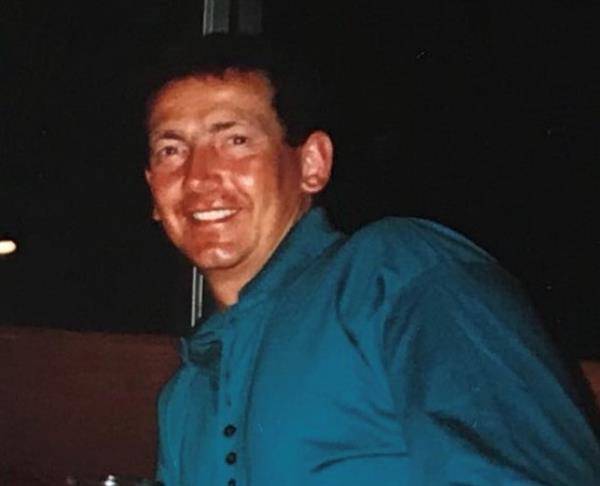