The Reverend Paul Sinclair, a minister at Coton Green Church, Tamworth, had a passion for helping others. Combining his work with his love of motorbikes, he launched Motorcycle Funerals Limited – a company devoted to providing unique funerals for bereaved families. When Paul died of an aggressive brain tumour in April 2019, aged 53, his wife Marian and colleagues were determined to provide him with a fitting funeral. They organised 14 of Paul’s motorcycle sidecar hearses, along with a convoy of motorbikes, to lay him to rest. Now Marian is sharing Paul’s moving story, to raise awareness of brain tumours.

Here is Paul’s story, as told by his wife, Marian…

Paul had a way of helping others through their grief. I’ll always remember, while he was working as a minister at Coton Green Church, Tamworth, how he took a group of children aside at their grandad’s funeral and encouraged them to talk about him. Paul knew that expressing their feelings would help the children cope with their loss. He knew how difficult funerals could be, especially for young people, and he devoted himself to helping others through tough times.

“At Paul’s funeral, in April 2019, the tables had turned and it was his turn to get the send-off and love he deserved. We arranged 14 motorcycle hearses to lay him to rest in Heather, Leicestershire – a place we had called home. It was a fitting tribute to such a kind-hearted man, who had adored biking since he was a teenager.” 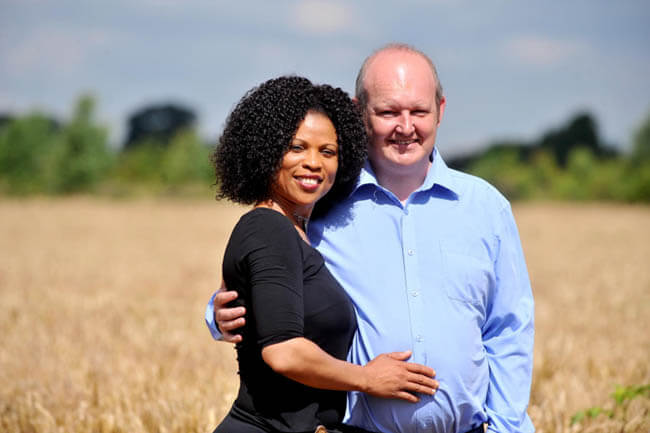 When Paul began suffering from frequent headaches in April 2018, I thought something wasn’t right. He never complained about his health so, though he wasn’t making a fuss, I knew he must have been struggling. 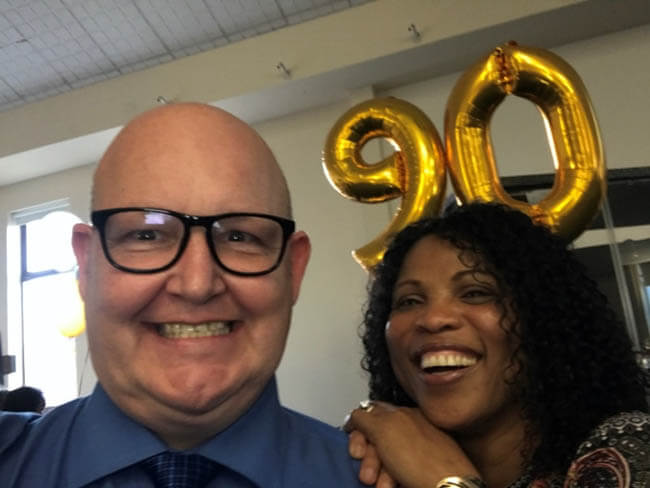 Paracetamol didn’t do anything to improve Paul’s headaches and, after a trip to the GP, he was advised to have an eye test. The test revealed a swelling behind Paul’s eye and he was referred for an emergency appointment at Burton Hospital.

To our horror, an MRI scan showed a lesion on Paul’s brain, which was later confirmed as a brain tumour. We had no idea whether or not the tumour was cancerous and he was booked in for a debulking operation at Nottingham University Hospital just a week later.

The surgery removed 90% of Paul’s tumour and he recovered well, with no lasting side-effects. Sadly, our relief was short-lived as, a few days after the operation, we were told that Paul’s tumour was an aggressive glioblastoma multiforme (GBM) – the most common type of primary high-grade brain tumour in adults.

“I cleaned Paul’s wound as he recovered from surgery. It was something small I could do to help; I desperately wanted to be there for him.”

A few months later Paul began radiotherapy and chemotherapy. He responded well to radiotherapy but the chemotherapy was crippling. He became very weak and ended up in a wheelchair. I’ll never forget him saying that if he was an animal he would have been put to sleep.

Before long, Paul was spending more and more time in hospital. Important dates, such as our anniversary and birthdays were tarnished by the fact that he wasn’t at home to celebrate them. I remember being enamoured by Paul when we first met in 2001, and my love for him remained as strong throughout the years we were together. He had a huge, warm personality and lit up the room. 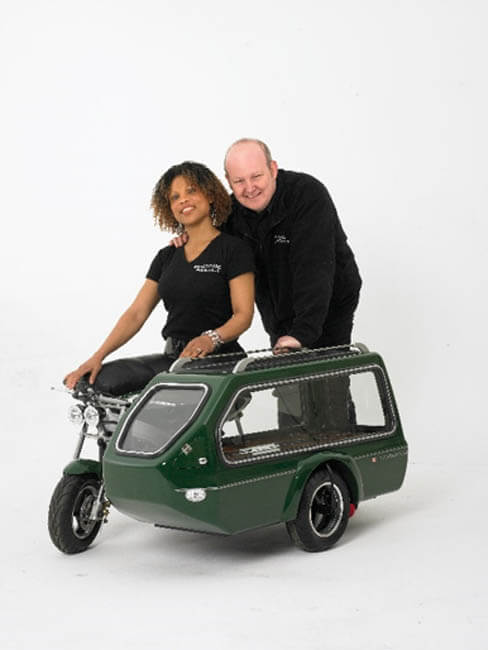 Paul declined rapidly and it was dreadful to see him lose his ability to walk. By the end of March 2019, he was having massive seizures which were terrifying to witness. His mouth dropped to one side and he wasn’t able to communicate. He was admitted to Burton Hospital for his final days; he looked peaceful and I knew he wasn’t in any pain.

“Paul took his last breath surrounded by love, with me and his parents by his side.”

It’s touching that Paul’s legacy will live on through his business – Motorcycle Funerals Limited. A passionate biker, it was the perfect and unique combination of his interests in motorcycles and the clergy. He came up with the idea in 2001, after we suffered a motorcycle crash while dating, which forced him to take nine months sick leave from work. He thought motorcycle hearses would offer something unique and light-hearted to bereaved families.

“Paul even broke the world record for the fastest speed in a motorcycle hearse – clocking 126.6mph on the dashboard in 2013 and dubbing him the title of the ‘faster pastor’.”

It’s been wonderful to see the business grow over the years and we now have 14 motorcycle hearses and a team of dedicated employees. When Paul set up the business, his vision was not to be a millionaire, but to help people going through a desperate time. That’s a message I will always carry with me.

I will be paying tribute to Paul at Queen Mary University of London (QMUL), where Brain Tumour Research funds a Centre of Excellence. Having raised more than £4,200 for Brain Tumour Research, by holding a fundraising evening and a collection at Paul’s funeral, I will place a commemorative tile on a Wall of Hope at the university. It will be moving to honour Paul in this way and I hope those touched by his story donate to Brain Tumour Research.

If you have been inspired by Paul’s story and would like to know more about our lobbying, research updates and fundraising opportunities, please sign up to our weekly e-news. 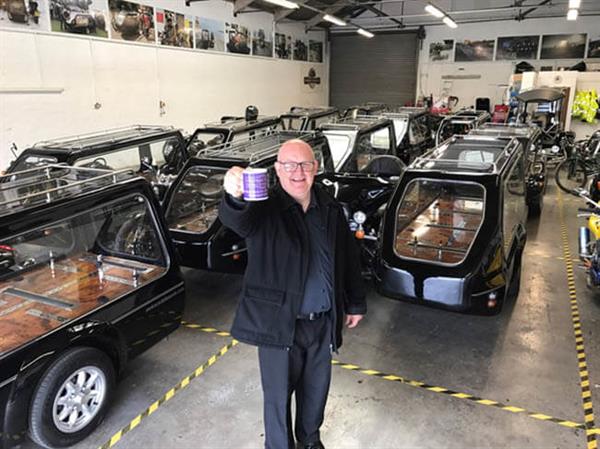