Paul was a loving husband and father of four year old John James when he was diagnosed with possible depression in 2001.  Instinctively his wife knew that this was not the correct diagnosis, but she never expected that the underlying cause of his illness was a brain tumour which was to take his life in just 18 months.
In the beginning, my husband Paul had no obvious symptoms to suggest he had a brain tumour.  When we visited the GP surgery, he was given pills for depression, which came out of the blue, although it was a gradual thing.  But, despite the signs of depression, I wasn’t happy and doubted the doctor’s diagnosis.  I didn’t think he was the type of person to be depressed in the first place.

A week before he was diagnosed with a brain tumour, Paul had severe headaches which came on very suddenly.  He came home from work on the Monday and went to bed.  He still went back into work for the next few days, but on Thursday he decided he wanted to go to the doctor to be checked out.  I was going to go on a toddler group outing with John, but at the last minute I followed my gut feeling, which was to accompany Paul to his appointment.

When we arrived, Paul started retching uncontrollably and had to go to the toilets until we were called in.  The doctor saw him and said that Paul had all the signs of depression and when Paul said he had been under some stress at work and we had moved 18 months previously the doctor was satisfied with this diagnosis.  I, however, still wasn’t convinced.

On returning home Paul went back to bed and was still there when his parents arrived on Saturday for a visit.  His father came back downstairs and looked at me and said “my son is very ill.  He needs to go to hospital”.  I thought he was over-reacting… Perhaps I was in denial.  Anyway, I phoned the emergency doctor who came and he said that Paul was very dehydrated and needed to go into hospital for rehydration.  The paramedics had to carry him downstairs, because he couldn’t get out of bed.

Seeing Paul on drips, I finally acknowledged to myself that it was quite serious.  Paul had an MRI scan and later a junior doctor informed us that they had detected a mass on Paul’s brain.  My reaction was something along the lines of “we are going on holiday on Saturday and Paul is really looking forward to it.  Could you make sure it is sorted out by then?”

A short time later 8 people arrived at Paul’s bedside wearing different uniforms.  Paul was having a massive seizure.  I actually felt quite frightened and shocked, but I thought that he was in good hands and being cared for.

It wasn’t until I was taken into the nurses’ room and a tray of china cups and a china tea pot was produced that I started to take in the seriousness of Paul’s condition.  I was then told that he had to be taken to Frenchay hospital as an emergency case.  The mass in his brain was very big and had effectively exploded, causing his whole body to shut down.  I was warned that in all probability Paul wouldn’t survive.

I went with Paul in the ambulance and was strangely, very calm.  Being the only one there, I felt I had to take charge.  I phoned his parents to come straight away.

I had to sign for Paul to undergo the surgery and I felt, as a committed Christian, that my husband was in God’s hands, as well as the hands of the neurosurgeon.  I trusted that the right thing would be done.  Paul survived the surgery.

The next day was horrible - not knowing whether he was mentally or physically impaired - until I experienced the joy of hearing Paul say my name, followed by the shock and devastation of the biopsy result.  He had a grade IV glioblastoma multiforme (the most malignant type of brain tumour) and was given six to 18 months to live if he had aggressive radiotherapy and chemotherapy.

Paul came out of hospital and didn’t even recognise his own house.  He had to be taught how to walk and eat again.

The tumour grew again, despite the six weeks of radiotherapy to shrink the whole tumour (tentacles were growing into different parts of his brain and needed to be shrunk back) so he had to have another operation to debulk the tumour.  From month to month Paul was very poorly, although he was still able to function. The surgery had left him with peripheral eyesight and therefore he was living with a disability. We made what we thought was one of our last visits to Paul’s Oncology Consultant and were told that he only had a few weeks to live. They offered us a chemotherapy drug in tablet form which could offer a 1 in 10 chance of success.  Paul was an accountant and thought that it was worth taking the chance.

Within six weeks he had made a marvellous recovery and for six months while he was physically not great, he could at least get up in the morning.  It was an upward turn when he and we were not preparing for death.

At that time Paul was only allowed to take 5 cycles of the drug because of the effect it had on his body. Funding of course is also a consideration - it costs the NHS £8,000 per cycle and today people are able to take it indefinitely if their blood count is ok.

Once he stopped the chemotherapy cycles, Paul became poorly again.  Christmas was horrible, but at least he was still with us… Just!  However, by this stage I knew I had to explain to John (now five years old) that Daddy was going to die.  I had always told him the truth.  He knew that Daddy had a brain tumour which was like a ball in his head that wasn’t good for him.  And he knew that when Daddy lost his temper or fell over it was because of his tumour.

Paul died in January in our local cottage hospital which had a couple of hospice rooms.  At first we had prepared a room for him at home in the play room, but then we decided we didn’t want John forever to associate the house and, in particular, the play room with his father’s death.

A few days before Paul passed away, John went to say good bye to his Daddy.  Paul was still conscious and had a conversation with John in which he told him that he loved him.  Although his brain was obviously affected, Paul knew he was going to die and had prepared himself and everyone else around him for death.  He had even prepared audio tapes for John to listen to when he was older, which let him know how much John had been a wanted child and how much Paul had loved him.

On the day he actually died, Paul was surrounded by family, including myself, his parents, sister, brother-in-law, brother and sister-in-law.  I noticed Paul’s breathing change and felt that God was prompting me to call the others in to us.  I remembered that earlier in the day we had talked about the possibility of us all standing around Paul’s bed singing choruses to reassure Paul of both God and his family being with him, so I said “Rachel (my sister-in-law’s name), quick, sing something”.  She started singing the hymn “Be still, for the presence of the Lord, the Holy one is here.”

With broken voices and breaking hearts we sang the first verse and at the end of the first verse Paul died.  As we began singing the second verse Rachel was aware of the amazing relevance and remarked later ‘As we were singing “Be still, for the glory of the Lord is shining all around”, Paul was there experiencing the glory of the lord in all its fullness.  It was so special to know that the last thing Paul heard was all his family singing him into heaven.’ 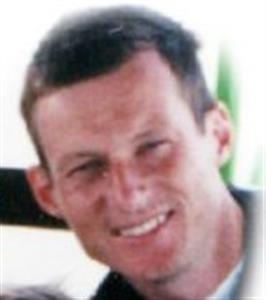