Oscar was just two when he lost his life to a brain tumour which had been missed despite numerous visits to the doctor and hospital admissions. His devastated parents Ross and Emma are working with Brain Tumour Research to share their story in the hope they can spare other families the heartache they have experienced.

Oscar’s story is told by his mum Emma …

Oscar was a wonderful baby and always had a smile on his face. Ross and I were living in East Sussex when he was born, life was good, and we were very happy. He had suffered a bit with colic but nothing unusual, so it was a complete curve ball when, suddenly, Oscar experienced a febrile convulsion just before Christmas 2018. He was admitted to hospital. Tests came back clear; we were discharged after a couple of days. 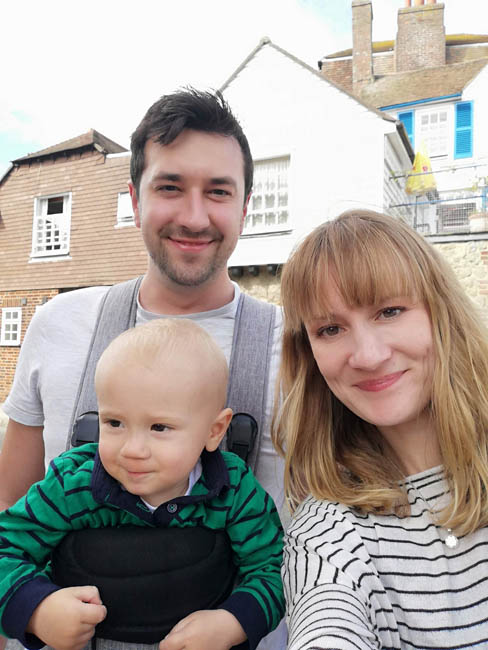 “Sadly, things were far from normal and so began a pattern of us seeking help, being palmed off or misdiagnosed, being admitted to hospital and then being discharged.”

Oscar suffered from repeated chest infections, on occasions he appeared to be choking and unable to swallow and all-too-often he was irritable and did not want to play. An inquest into his death found that medical staff repeatedly failed to look at the full picture and that other potential diagnoses should have been considered at an early stage. I feel angry but also sad and frustrated that the ultimate outcome might have been very different.

We will never know for sure whether, had the brain tumour been diagnosed earlier, Oscar would have lived but I think all any parent ever wants is to know that their child is getting the very best care. We feel that Oscar was badly let down.

Over a few short months, I took Oscar to the GP almost half a dozen times and generally felt reassured by what I was told. Our second baby, Isaac, was born on 31 October 2019 and so there was a while when we were really struggling with a new-born and with the ongoing appointments, we had both within the NHS and privately trying to get help for Oscar.

On 19 December I took both boys to playgroup. Although Oscar continued to look out of sorts, and I had already been to the doctor’s once that week, I felt it would do us all good to get out of the house. After playgroup we met a friend for lunch at Bewl Water and Oscar suddenly collapsed and went into cardiac arrest. Someone who worked at the venue came to our aid and did CPR which brought him round after what seemed like hours. Although he was breathing, Oscar was still unconscious. It was desperately frightening, and I went into robotic mode.

Ross rushed to be with us, and the air ambulance came from Tunbridge Wells taking Oscar and his dad to St George’s Hospital in Tooting. Isaac and I followed in a police car and by the time we arrived at the hospital Oscar was on a ventilator.

“A low-grade pilocytic astrocytoma brain tumour had been causing his symptoms, made him ill for months on end.”

He went for a CT scan which revealed he had suffered a bleed on his brain which was caused by a tumour at the top of his spinal cord; a low-grade pilocytic astrocytoma brain tumour which had been causing his symptoms, had made him ill for months on end, had prevented his development, and which, had we known about it, may well have been successfully operated on.

The following day Oscar was taken from ICU to have surgery where the tumour was removed. The operation was successful in terms of getting the tumour out, but he was put in an induced coma because his brain had been starved of oxygen before we got to the hospital due to the tumour. We were on a rollercoaster of emotions for the next week; things seemed so desperate and then there would be a bit of good news and we dared to hope, against the odds, that perhaps things would be OK. But sadly, the damage was too catastrophic.

“Oscar was taken off life support late in the afternoon of Christmas Eve.”

Oscar was taken off life support late in the afternoon of Christmas Eve. The fact that it was Christmas didn’t register; it was the worst possible thing that could happen, and the day and time of year just wasn’t significant. In the months following Oscar’s death, Ross and I have been trying to come to terms with what has happened. We hope that through raising awareness of brain tumour symptoms and talking about our experience we can help prevent other families from going through what we have experienced. He has already saved other children’s lives through organ donation.

Having Isaac has helped us enormously in our grief. Ross and I are expecting our third child in October and it so positive for us to have something to look forward to. I am going to be very busy once again and it will be so nice for Isaac to have a sibling as we start a new chapter in the life of our family. 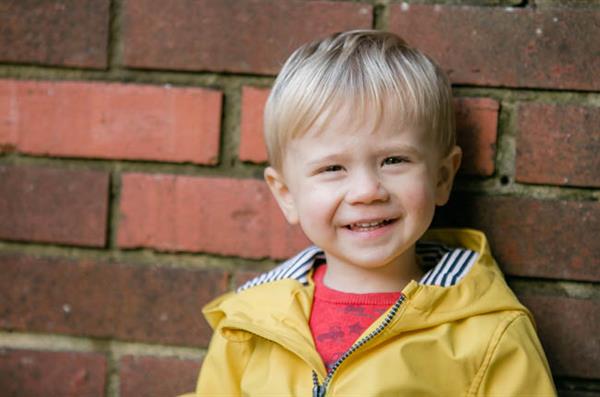