We are grateful to Oli who worked with us in September 2015 to share his story here. Sadly, he passed away on 6th January 2019. We remember Oli as we continue our work to raise awareness of this devastating disease and to fund research to help find a cure. He will be forever in our hearts.

Oli grew up in Buckingham, attending Bourton Meadow Primary and the Royal Latin Grammar School.  He was a keen member of Buckingham Rugby Club and enjoyed running to keep fit. Oli left the Latin with A’ levels in Maths, Further Maths and Economics and then went on to Cambridge University to study Economics, where he was also able to continue playing rugby.  He now works for Blackstone, an American Private Equity company in London.

I’m not sure it’s possible to fully understand the upset and damage created by being diagnosed with a brain tumour, not just to the patient, but more importantly to family and other loved ones.”

The first time I knew anything was wrong with me was in August 2014 when I collapsed at the top of a flight of concrete steps in Pimlico tube station on a Sunday evening whilst heading out for a curry. There was a strange flashing light in my right eye, which I was about to Google, when the next thing I knew I had woken up in an ambulance.  The paramedics were on the phone to my terrified mum; it turned out I’d had a seizure.

An MRI scan at Guy’s Hospital revealed something at the back of my brain although they didn’t think it was a tumour and if it was, I was assured that it would probably turn out to be benign. I was recommended to return for a routine follow-up two months later so I went away and thought nothing more of it.  After having a second MRI it was concerning to find out that the doctors now thought that I did have a tumour, but a comfort to know that it was still thought likely to be benign.

As advised, I agreed to have a biopsy to be sure, which took place during the first week of December and I went in completely unconcerned.  As I was leaving, I was told that the MRI I had just before I went under showed a significantly different picture – the tumour looked potentially cancerous.  It was only when I received the results the following week and this was confirmed that everything became very real, very quickly.

I don’t generally believe in wasting time worrying and as such hadn’t spent that much time thinking ‘what if’ in the interim.  Frankly I didn’t know how to respond.  I’d seen my mum go through chemotherapy for breast cancer two years previously and she’d recently been given the one-year all clear. Despite this, it really didn’t prepare me for the fact that, aged 22, and just two weeks before Christmas, I’d been diagnosed with such an aggressive disease myself.

To begin with, I didn’t want to tell my family as I didn’t want to ruin everyone’s Christmas – after all a tumour isn’t the most welcome present!  Instead, I fled to a friend’s house and drank the best part of a bottle of whisky, smoked 20 Marlborough Reds and scoffed an entire block of cheese – three deadly vices seemed like an appropriate commiseration!

When I did tell my family, they were utterly devastated – it was hard for any of us to communicate through all the tears.  I spent most of the following week in a haze, although trying to live largely as normal, including going to Twickenham with a group of university friends to watch an old team mate play in the Oxford v Cambridge Varsity Rugby Match.

I began a course of Temozolamide immediately which ran for eight weeks, but postponed radiotherapy slightly so I could spend New Year’s Eve at a remote cottage with friends in Ireland.  On New Year’s Day we jumped in the freezing cold Atlantic Ocean – I’m not sure I’ve ever been that cold, or found such a good hangover cure!  Then I underwent six weeks of radiotherapy alongside the Temozolamide, which caused fatigue and significant hair loss that has subsequently (and thankfully) grown back.

I then had a month off from treatment which I spent with friends and family, including taking a road-trip north from Norfolk up around Scotland and eventually ending in John O’Groats.

Thanks to the incredible generosity of a personal sponsor who is paying for my expensive treatment, when I restarted on chemo I was lucky enough to also benefit from being amongst the first in the world to be treated for brain cancer with immunotherapy (ipilimumab and avastin) which I am still undergoing. I also take a daily-dose of the anti-viral drug valganciclovir, which I started alongside my initial course of Temozolamide.

The results have proved to be impressive and my MRIs as of June and August 2015 have shown a significant reduction in the tumour mass, which my oncologist is hopeful will continue.

I have been out running almost daily since my diagnosis and am hoping to run the London Marathon next year with friends to raise money for Brain Tumour Research.  I have also returned to work, which I am thoroughly enjoying.  I am so lucky that everyone has been incredibly understanding and supportive.

Most importantly, I am still in good health and spirits, thanks to the irreplaceable support and encouragement of my family, friends, colleagues, bosses (who played such a pivotal and vital role) and girlfriend – who thankfully was completely supportive when I was diagnosed and un-phased when my hair fell out (leaving me with a bizarre comb-over-cum-mullet that caused many people to mistake me for a hipster).  I’ve also been lucky enough to travel to France, Germany, Finland and Venice.

I’m not sure it’s possible to fully understand the upset and damage created by being diagnosed with a brain tumour, not just to the patient, but more importantly to family and other loved ones.

It may seem like there is only a small probability of being struck with a brain tumour, but when it happens it is truly catastrophic and devastating for all concerned. This is made more infuriating when you realize that only 1% of national cancer research spending is directed towards brain tumours, despite the dismal prognosis and lack of progress relative to other cancers over the last 50 years. 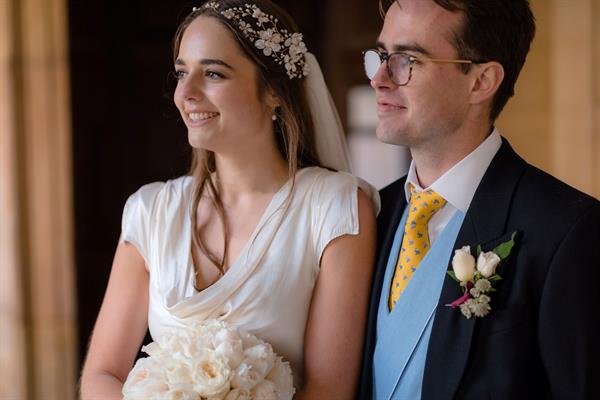