Nigel passed away in June 2013, two years after being diagnosed with an aggressive grade IV glioblastoma multiforme (GBM) brain tumour. Prior to his diagnosis, he was fit and living a busy life as a husband and father of two sons, now aged 31 and 26, working as a ‘rocket scientist’, and enjoying sailing on the south coast.

My husband Nigel died on 30th June 2013, two years after being diagnosed with a brain tumour. Prior to that he had been fit and healthy. On May 7th 2011 out of the blue he had a major seizure while running at the gym.

We had been planning the holiday of a lifetime to India. The kids had left home and it was time for us. We were due to fly the week after he had the seizure and had so looked forward to visiting, among other places, the Golden Temple at Amritsar and the foothills of the Himalayas. I had always wanted to go to the home of the Dalai Lama and so it was on the itinerary as we planned what should have been a dream holiday that we had been looking forward to so much.

After he had the seizure, Nigel was taken to Southampton General Hospital where he was given a CAT scan. There was no preparation for the worst moment of my life which was to follow. The neurosurgeon put the scan down in front of me and I could see straight away there was a huge mass inside my husband’s brain.

Nigel had a stammer when he recovered from the seizure and I thought perhaps he had had a mild stroke; a brain tumour never occurred to me. It was a nightmare which, during the course of just one day, escalated out of nowhere.

By the end of the day I was having discussions about how this was likely to be an aggressive high grade tumour and that is exactly what it turned out to be – a grade IV glioblastoma multiforme (GBM). We were told that Nigel had a life expectancy of 14 to 18 months and he underwent surgery two weeks later. The tumour was in the left frontal lobe, affecting Nigel’s speech. He was right-handed and gradually lost the ability to write or use this hand at all, eventually losing the use of the right side of his body too.

It was a catastrophe. Nigel underwent a gruelling treatment of concurrent chemotherapy and radiotherapy. The radiotherapy lasted for three months and the chemotherapy for a total of six. He was terribly ill but faced it all bravely.

Nigel asked if anybody ever survived longer. We were told that “yes, some people do live longer”, so as far as Nigel was concerned he was going to be that person, irrespective of the fact this type of tumour is very aggressive and always returns.

We had six brilliant months. Work was Nigel’s life and he managed to go back to his job as an Assembly, Integration and Test manager, building satellites for Airbus Space and Defence Ltd in Portsmouth. Work was his focus and way of coping.

The tumour did recur and, in September 2012, he went back for treatment. He had chemotherapy again which had quite an impact. In the final months, Nigel was cared for at Countess Mountbatten Hospice in Southampton. He was there for three months, and received excellent care before his death on 30th June 2013.

Nigel was so brave and fought all the way. After he died, I decided I should go to India anyway but for a very different kind of trip. In September 2015 our youngest son Jamie and I will go trekking in the Himalayas on a sponsored expedition to raise money for Brain Tumour Research, which is the only charity where all the funds go to research.

This is something I am doing in Nigel’s memory, to demonstrate that although a brain tumour killed my husband it hasn’t killed us or our spirit. I want some real good to come out of what has happened to me. I should have been travelling with my husband but, instead, I will be travelling with our son Jamie, supported by our other son Tom who is unable to join us because of work commitments and we will all be remembering Nigel.

Brain tumours can affect anyone and this why I am support the charity Brain Tumour Research. I hope Nigel’s story will raise awareness and encourage people to fundraise and stop others going through this. Brain tumours kill more children and adults under the age of 40 than any other cancer ... yet just 1% of the national spend on cancer research is allocated to this devastating disease. This is unacceptable! 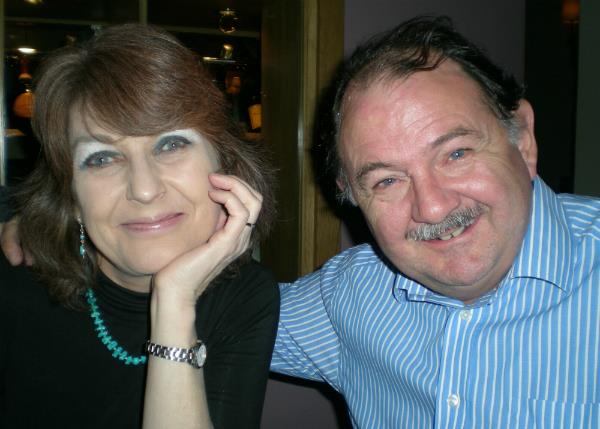