Nicki Waterman, one of the UK's foremost fitness experts and The Sun columnist, was diagnosed with a rare and aggressive brain tumour in 2015. Pioneering immunotherapy treatment prolonged her life and she was able to see her son marry and spend time with her precious grandchildren, before rapidly declining. Nicki died in August 2016, just 15 months after her diagnosis, leaving her family and friends heartbroken.

“We thought our Mummy was invincible, my brother Harry and I. She was always incredibly fit and healthy with so much energy... Brain tumours like hers are too aggressive; they just don’t have enough new, effective treatments to offer patients.”

Here is Nicki’s story, as told by her daughter Alex Thrussell…

We thought our Mummy was invincible, my brother Harry and I. She ran five marathons and trained stars like Denise Van Outen and the pop group, All Saints. She was always incredibly fit and healthy with so much energy. Mum was my best friend, she was a young mum having me at 21, we used to meet on Hampstead Heath near her flat in London and go running together. One day, I remember her saying “I’m exhausted, I can’t run.” That was very unlike her, but I had two young babies and was exhausted most of the time myself so I didn’t really register it. 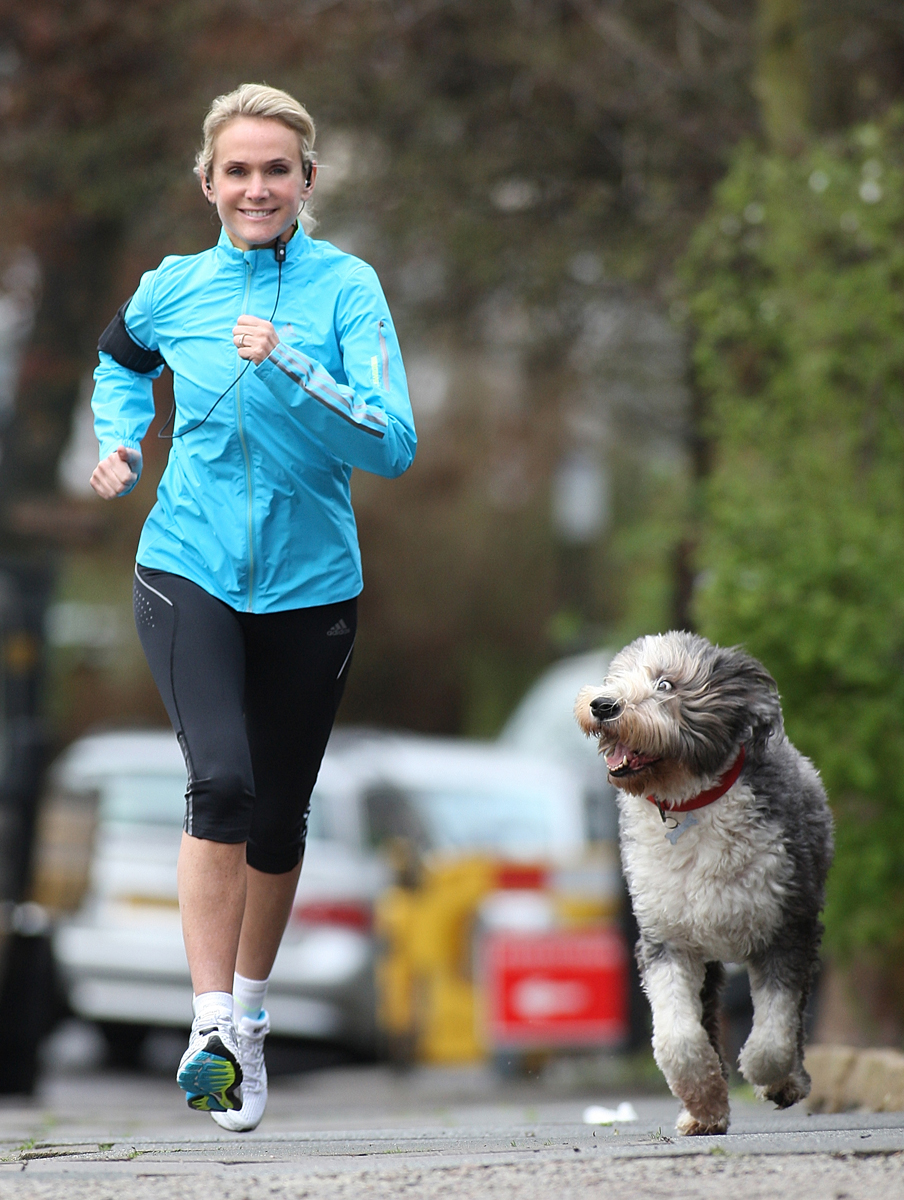 Her best friend started to notice that something wasn’t right when one side of her body seemed to slump, as though she had suffered a stroke. It was the May bank holiday in 2015 and I had just flown home from a short break with my husband, Adam, and children, William (who was 2 and a half) and Peta (14 months).

We had arrived back home and were unloading the car when Mum called. She had been to the doctors and referred for a scan, she said. They had found a brain tumour. I couldn’t believe it. I was sitting on my front lawn, with suitcases all around me, in complete shock. “Don’t worry darling, it will be fine” Mum told me.It was bad news on top of bad news. As well as her own illness, my mum was having to support both her brother, Colin, and her husband of 22 years, Dennis, who had been diagnosed with cancer. When Mum went for her biopsy at the National Hospital for Neurology and Neurosurgery in London, I dropped her off and then had to go and visit my stepdad who was also in hospital. They used to FaceTime each other from their hospital beds.

Mum’s consultant neurosurgeon, Neil Kitchen, was amazing. He gave her the results of the biopsy a couple of days later and was very sensitive, but very honest. It was a grade four glioblastoma multiforme (GBM) and inoperable.

"Mum was shocked, of course, but stayed positive. She thought she would get through it. I was crushed, totally heartbroken, thinking I might lose her. I couldn’t stop crying, not able to face life without Mummy."

I had to get it together, I had two small children and my brother was due to get married in two months’ time. We all tried to be positive for Mum.

Paul Mulholland, Mum’s clinical oncologist, started her on a course of chemotherapy every fortnight and radiotherapy every day for six weeks. Strangely, she seemed to love her radiotherapy mask. She always went alone because she said it was so relaxing that she fell asleep each time. Mum was tired but still going for runs. She was losing her hair, so decided to shave most of it off and wear wigs or hats. She had her picture taken for OK! Magazine around this time and you couldn’t even tell she was wearing a wig. She still looked amazing.

She was fortunate enough to receive a new immunotherapy treatment called ipilimumab through her health insurance, alongside the traditional treatments, but there was no guarantee it would work. Mum started to suffer from an awful rash as one of the side effects; it was like she had acid thrown all over her. She was in so much pain, crying and saying it was like she had ants crawling all over her. They had to put her on the highest dose of steroids to correct it. 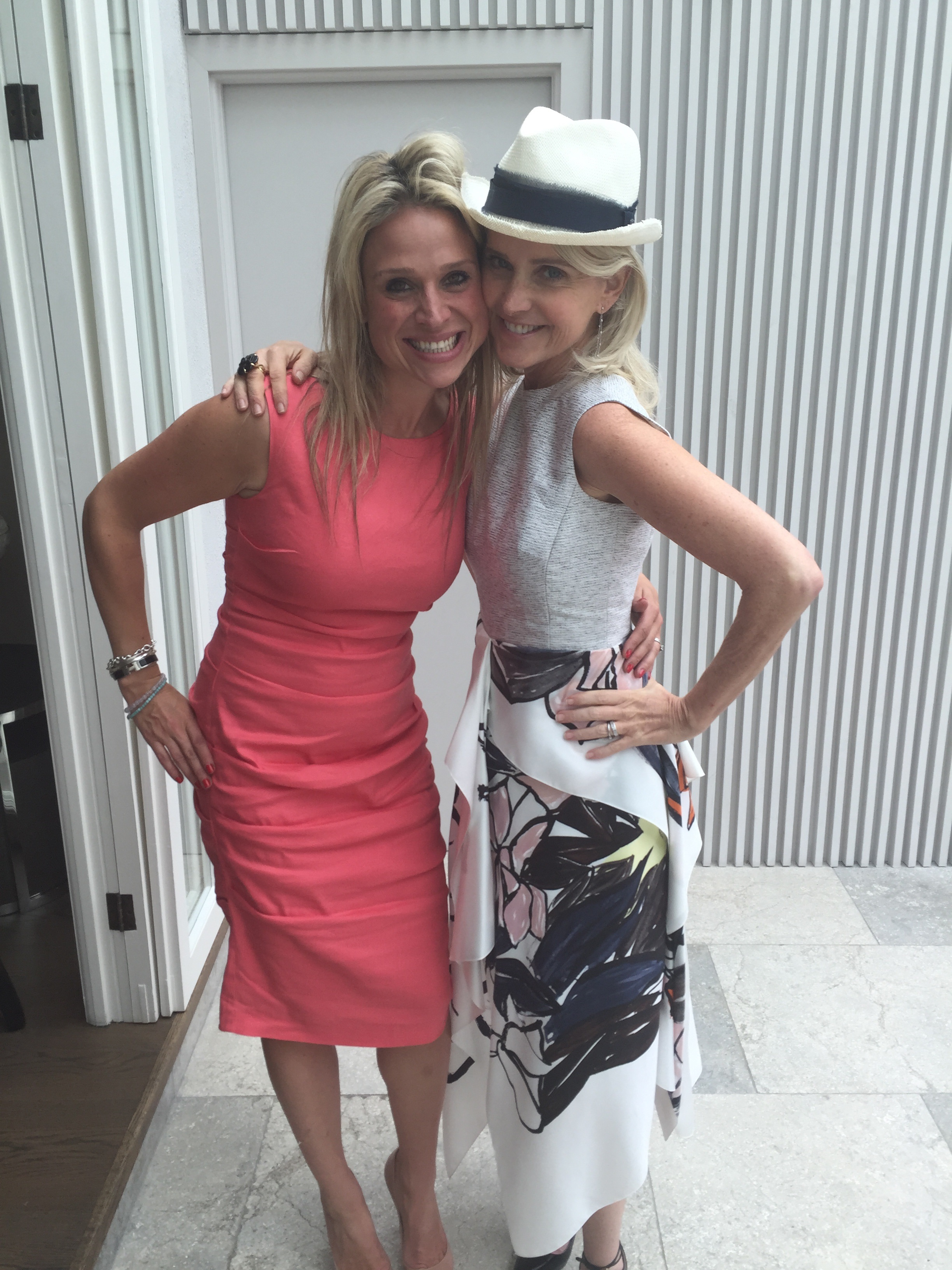 It was considered good news by the medical team though, as it showed her body was reacting in the right way. It was now August 2015, just a week before my brother Harry was due to get married, and we had both Mum and our stepdad in the same hospital, on different floors. There was a lot of running up and down staircases. Wonderfully, Mum left hospital the day before the wedding and was able to come. She danced and stayed till the end.

Dennis, my stepdad, was too ill to attend but we FaceTimed him from the wedding. Sadly, he died a few weeks later, in October 2015, just a month before Mum got the fantastic news that her tumour was shrinking. Her treatment had been successful. They had been married for 22 years, she spent every day that she could at his bed-side. It was a time of such very mixed emotions.

Mum was now doing well: playing lots of backgammon; carving pumpkins for Halloween with the grandchildren; helping me put on a lovely little party for William’s third birthday. She was a terrible cook but presented things beautifully. While grieving for Dennis, life seemed to be getting back to normal. She even went to Switzerland with friends for Christmas… although her consultant said no skiing! Mum was still having treatment but it was a great few months with all of us spending time together.

In March 2016, Harry and his wife Sasha announced that they were expecting a baby, a third grandchild for Mum. She was so excited. I took Mum and the children to Spain on holiday in April and we had a lovely time together, making sandcastles with the little ones and then sipping wine on the terrace while they napped.

"Looking back, there were signs on that trip that she wasn’t quite right again. She was walking a bit unbalanced and she felt tired. We knew she would need another scan when we got back."

That was the start of it all yet again. The scan detected another brain tumour: a grade four GBM like before, this time it was around the size of a golf ball. Things just went from bad to worse. Mum had already had so much treatment, they had tried everything. We were all completely gutted, I knew that was it, but Mum was still saying she could fight it. By the end of April, she was walking with a stick, needing daily physiotherapy and a full-time carer. We had to refit her flat to be suitable for her rapidly-increasing disabilities.

They tried another course of the immunotherapy treatment, but this time there was no skin reaction. It was bizarre, we were all desperate for her to become itchy. Mum told the doctors: “just give me everything!” It was almost too much for her though and, for the first time, she started to say that she couldn’t do it anymore. I remember a day on the street in Hampstead near where she lived. I had the dog pulling and my three-year-old trying to run off into the road and Mum saying she was going to fall. In that horrible moment, I had to choose whom to grab first, managing to pull William back onto the pavement but losing my grip on Mum as she slipped.

In July, we had the results of her latest scan. The tumour had doubled in size in a month despite all the treatments. We had hoped that perhaps she had been getting a little better; the news was devastating. Mum considered another operation, but the doctors warned her that it might only buy her a few extra months and she might well spend them in hospital recovering from surgery.

Mum decided that the time had come to stop the treatments. She was so brave facing it, picking songs for her own funeral and giving me her jewellery. I still haven’t taken any of it off. Ten days later, she went into hospital and never came home again. She couldn’t manage anything by herself by this stage and was in serious pain. Mum was moved into a hospice and I stayed with her virtually all day, every day.

Brain tumours like Mum’s are too aggressive, they just don’t have enough new, effective treatments to offer patients. The family all got to say goodbye to her, she was on so much morphine but at least she looked peaceful.  Mum lapsed into a coma and passed away on 11th August 2016.

Everyone who knew Mummy loved her. It’s incredible that one woman can affect so many people, she was inspiring and so very wise. Mum was everyone’s agony aunt and she always turned out to be right!  I’m proud of what she achieved, Mum started from nowhere and worked so, so hard to become successful. She helped people to realise their dreams. Now, when I run, I remember her. We have a family myth that feathers floating down represent her, so, when I see one I cry and know she’s with me. 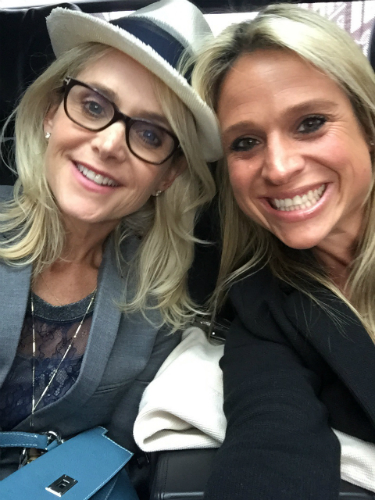