Ray’s father was diagnosed with a glioblastoma multiforme in 2007 and given a prognosis of just a few months, yet for nearly a year he defied the doctors’ predictions and made spectacular progress until the tumour returned with a vengeance and he lost his battle.

“Since being adopted that six month period spent with my [biological] dad was the longest we had spent together.  It brings back memories of great happiness, whilst also being so incredibly traumatic.”

My father had collapsed shortly after complaining of a severe headache, dizziness and nausea.  He had also vomited.  In hospital he underwent various tests and later we were given the devastating news that he had a brain tumour, which turned out to be a glioblastoma multiforme – the most aggressive and common type of brain tumour.

We were told my father needed emergency surgery, but that he didn’t have much time left… a few months at most.  My father didn’t smoke, drink alcohol or have any other underlying health issues.  The doctors had no idea what had triggered the brain tumour and informed us that the causes of brain tumours are unknown.

The craniotomy succeeded in removing 97% of the tumour, but we were told we had to face the fact that my father would neither walk nor talk again.  Over the next few months, he was given basic physiotherapy and gradually began to regain his strength enough to start walking with assistance.   He even started to speak a few words.  The doctors were amazed and baffled at his progress, but warned us that the tumour would eventually reappear.

My father was discharged from hospital and came home where he made real progress over the following 11 months.  I returned to Hong Kong and stayed for six months, helping my biological mother care for my dad.  We didn’t receive much advice as to what to do with him so we did what we thought best, which basically involved a lot of massage.  My father was soon able to walk freely on his own and to speak normally.  The thing he struggled most with at this time was the fact that part of his skull had been removed during the operation to relieve pressure in his skull and his head now looked like there was a part missing.

Since being adopted that six month period spent with my dad was the longest time we had spent together.  It brings back memories of great happiness, whilst also being so incredibly traumatic.

As a result of his progress, the doctors recommended that my father should undergo radio and chemotherapy to prolong his survival, but only about two months into the radiotherapy, the tumour came back with a vengeance and we found it had spread to other areas of the brain.  My father began to lose his co-ordination, speech, memory and movement of his limbs.  He fell into a deep coma and, in early 2009, he lost his battle.  He was only 57.

Since my father passed away, I have discovered that brain tumours reduce life expectancy by over 21 years on average – more than all of the big four cancers.  Unlike many other cancers, survival rates for brain tumours have not significantly improved in the UK for over 40 years, yet brain tumours receive less than 1% (0.7%) of cancer research spending.  I strongly believe these facts speak for themselves and that is why I decided to support Brain Tumour Research and raise funds to help find better treatments and hopefully a cure. 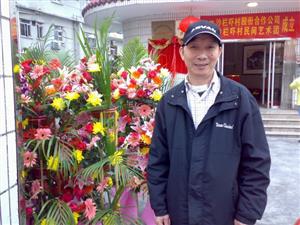