Natalie from Coventry was diagnosed with a brain tumour when she was 27, after suffering a seizure out-of-the-blue. A scan at University Hospital Coventry and Warwickshire showed a mass on her brain. Over the next four years, Natalie had four operations and endured countless rounds of gruelling chemotherapy treatment. After initially being diagnosed with a glioblastoma (GBM) a clinical trial found Natalie was living with an extremely rare type of brain tumour. Desperate to fight the disease, Natalie paid for innovative treatment, travelling regularly to Germany, however the cancer was too aggressive and she died aged 31 in November 2021.

Here is Natalie’s story, as told by her mum, Liz…

Life will never be the same after losing Natalie. Her upbeat outlook on life and caring personality is something I miss every day. From day one and throughout her treatment she was determined she would beat this disease which provided hope for us all, I think that was her way of protecting our family.

We were due to go on a family holiday to Nice in France, myself, husband Andrew, our son Michael and his girlfriend and Natalie and her husband to be Dave. The evening before we were due to fly, Natalie suffered a terrible seizure after never having one before and we spent hours in A&E waiting to be seen.

About a week before, she had started to experience headaches which the doctor had said are likely to be migraines.

Results of a CT scan came through at 4am when we were told she had a mass on her brain and an MRI scan confirmed it was a tumour. Three days later Natalie was in the operating theatre.

The consultant told us that they were able to remove most of the mass and with this news we were all thinking now that’s done, we’re OK, the tumour has gone. Sadly this was short lived and three weeks later the histology report confirmed our worst fears when we were told the tumour was a glioblastoma (GBM).

“Natalie was out of the room being weighed when Andrew and I asked the doctor for the prognosis, for which the reply was six months to five years. Our lives fell apart.”

We never told Natalie this, and she never asked, but she knew her tumour was aggressive. During her diagnosis we went to a local support group for brain tumour patients and their families. Natalie was chatting to a man who was older than her and he was telling her how lucky he felt that he had reached five years, and she was so desperate to get to that point.

When she got home, she took herself to her room and cried. That was the only time we saw her upset.

The next 12-18 months, Natalie lived a fairly normal life, as normal as life can be for someone who had six weeks of radiotherapy and five-weekly rounds of chemotherapy. She found another job in the food industry nearer to home, following her passion and degree in food science. She moved out of the family house and set up home with her boyfriend, Dave. 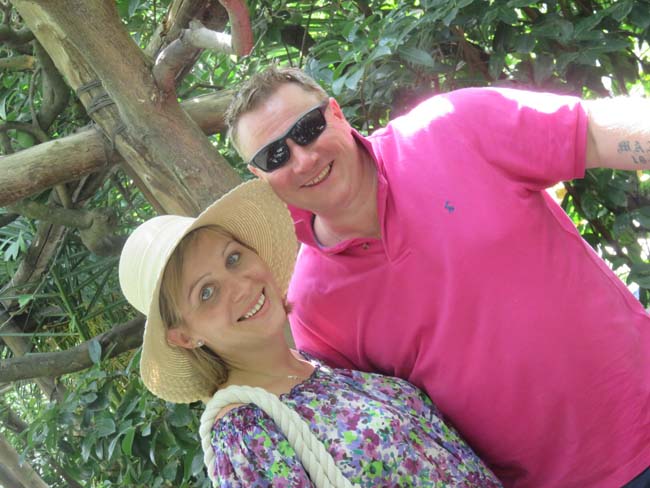 By the time we reached February 2020, a follow up scan showed growth of the tumour which we were told could be easily operated on – in hindsight we wish this surgery hadn’t taken place as this left her with limited mobility and a weakness in her left side. After operation number two, she left the hospital in a wheelchair. At the time she returned home, COVID had started to take over our lives which made accessing rehab difficult and although she did work incredibly hard to walk unaided, Natalie’s mobility never returned to how it was before.

This time, the histology report showed that what was removed was dead tissue which gave us all hope, the chemotherapy seemed to be doing its job and Natalie had five months being chemo free. However, a routine check-up showed signs of re-growth and despite being placed on a new chemotherapy drug, the tumour kept growing.

We were out of options, the doctors told us there were no other treatments and suggested we look into clinical trials which is exactly what we did.

“During the first and only clinical trial available in Liverpool, we were shocked to find out that Natalie’s tumour was rarer than first diagnosed, with fewer than 16 cases in the world.”

With this information and new diagnosis (myxoid mesenchymal tumour), Natalie wasn’t eligible for the trial and with no other treatment available from NHS we were forced to look outside of the UK, and that took us to Cologne in Germany to the IOZK clinic.

In January 2021, Natalie set up a fundraising page, trying to raise funds for the DC vaccine and accompanying treatments in Germany which came with a £55K price tag for each round. She also shared her story via a blog, sharing her experience of living with a brain tumour.

Her blog made me incredibly proud. She was so open and honest in her writing, telling the readers all the things she had tried, what she was feeling, detailing a time of her life which was traumatic, but Natalie didn’t see it that way. She was positive throughout.

We spent around eight weeks on and off in Germany for treatment in 2021 which became a logistical nightmare due to the pandemic. We had to prove that we were leaving the country for medical reasons. Driving from Coventry to Germany to keep Natalie as safe as possible, to make sure the treatment could go ahead when we arrived. We had no other option.

She had one round of treatment. In April 2021 the tumour had grown back and Natalie had her third surgery at Wellington Hospital in St John’s Wood, London. She went into hospital needing to use a wheelchair and came out walking, we were in disbelief, it was like she was a different person and we were optimistic about further treatment.

She was referred to the sarcoma unit of Royal Marsden Hospital in London however our excitement was soon dulled as they too did not have options due to the rarity of the tumour. Furthermore miscommunication within the hospital meant a further round of DC vaccine in Germany could not progress as the tumour sample required did not arrive, resulting in a wasted journey to Germany. To say we were angry would be an understatement.

The lack of treatment options available to brain tumour patients is unbelievable.

We were driven by Natalie’s positivity to take risks and look into trials and treatments that weren’t proven, however we hit a brick wall, our options ran out.

Natalie’s condition deteriorated quickly and when her mobility had worsened, we knew the tumour had grown once again. In September Natalie had a fourth operation and exactly three weeks after surgery, she married Dave in a beautiful ceremony where she walked down the aisle, even dancing all day and night – something we didn’t think we’d get to see. 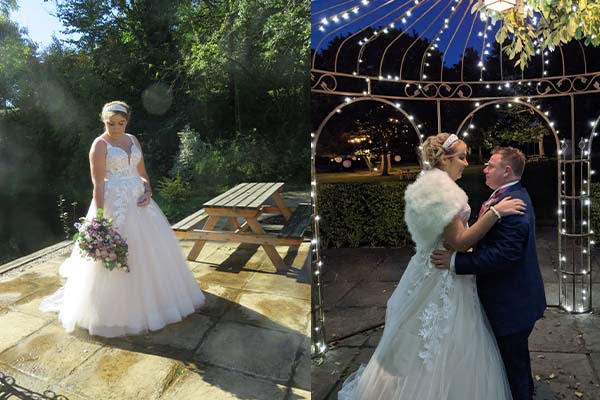 She was put on a new drug and began having dizzy spells; we didn’t know if it was a side effect of the new drug or something else. We returned to Germany for a further vaccine treatment however Natalie’s blood wasn’t good enough quality for the treatment and we returned home at the end of October once again frustrated and upset that she couldn’t receive the vaccine. As her dizziness worsened, she was unable to keep her meds down and a trip to A&E on 1 November showed the tumour was bigger than before the last operation. It was so big and caused so much pressure, that she eventually had trouble supporting the weight of her own head.

A second opinion from doctors based in London told us we had a matter of weeks.

Natalie died two-and-a-half weeks later surrounded by her loving family. The lovely thing before she passed was getting to show her the wedding photos and seeing a glimmer of joy on her tired face.

Natalie wanted to help others and she did such an amazing job of this throughout her diagnosis and I think in a way it helped her too, it has helped all of us. Even though she is no longer here, she continues to give me strength to continue the fight that she started ever so bravely. 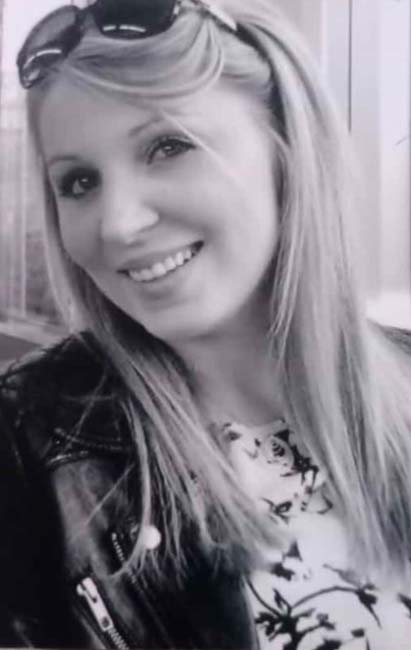