Economics teacher Mike Foster lost a courageous but difficult struggle against brain cancer on 14 June 2020. He passed away a little shy of year after he was diagnosed with glioblastoma multiforme (GBM), meaning he did not even make his 12-18 month prognosis. He was 57 and left his partner of many years, and two stepchildren.

Mike was a really good, principled, and kind man. He devoted his life to education, teaching mostly in state schools and also working with the Open University to tutor prisoners, including the most serious offenders in high security prisons.

A fiercely open-minded man, he would always argue that we should live and let live, he made time for people and really cared about them.

He came into my life as partner to my mum Julie when I was around 13 so he was there as my brother and I grew up.

“Mike was one of the healthiest people I have ever known. He had none of the usual markers or typical health determinants for cancer.”

He was active and loved walking his dog Alfie. He was a life-long vegetarian, super-slim and barely drank alcohol. It seems extraordinary that he could go from that to being struck down with a cancerous brain tumour and dying in 12 short months.

“The first time anyone knew anything was wrong was when he was driving. Mike seemed to be struggling with road placement.”

Mike seemed to be struggling with road placement. He was also having headaches but, as he had recently started a new job, leaving Hill’s Road VI Form College, Cambridge, to teach economics at Felsted School, things were put down to stress and adapting to change.

In hindsight there may have been other indications that something was wrong. For example, he was showing slightly less emotion and would occasionally struggle to find a word or couldn’t seem to remember where we kept everyday objects.

It was after he went off for a - by his own admission - crazy walk in the fields near his home where he just walked and walked until he had no idea where he was that Mum took him to the GP who sent him to A&E at Broomfield Hospital in Chelmsford. We now know that the episode was seizure activity as his brain was firing off, causing him to act so impulsively.

It was July 2019 and, over the following week, it seemed as if we were drip fed information as he went through the process of a scan and then diagnosis. I am a barrister with a particular interest in medical law, representing some 300 clients in the infected blood inquiry. As we went through this with Mike, I saw shockingly poor levels of empathy and a lack of appropriate bedside manner as life-changing news was delivered in what we felt was a flippant manner. “Well, it’s not benign, that’s for sure”, comes to mind. 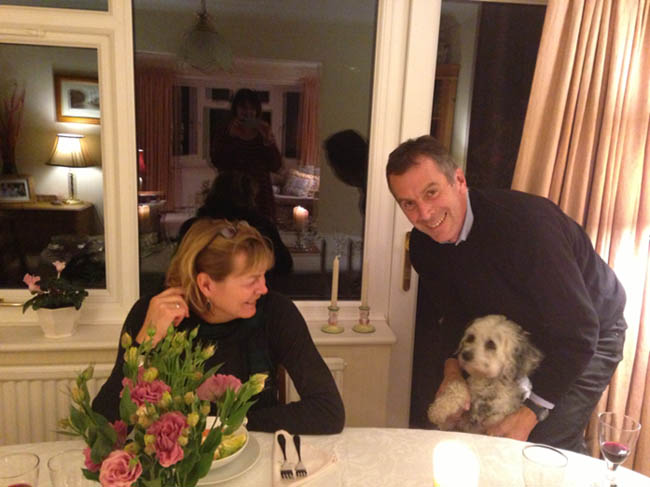 Mike needed specialist neurological care and was to be transferred to Queen’s Hospital in Romford. He and Mum were married by the hospital chaplain at Broomfield immediately before he was moved. They had been together for about 15 years and I think Mum just wanted to ensure that she had the respect she felt that being husband and wife would bring from clinicians when it came to making important decisions.

The tumour was a grade 4 glioblastoma, and it was huge, the size of a grapefruit, taking up most of the left-hand side of the brain. We were told it was a “good thing” that the tumour wasn’t on the side of the brain which can cause severe personality changes. This “good” news was short lived. Mike went into surgery on 23 July and the man who came out was profoundly cognitively disabled. Overnight he lost his ability to read and write, he couldn’t do his beloved crosswords or follow what was happening on TV. He declined progressively physically and cognitively over the course of the year.

After surgery he was on the standard care path of radiotherapy and chemotherapy which really took a toll on Mum as she drove him from their home in Felsted, Essex, to and from hospital in Romford every day; a two-hour round trip.

Mike tolerated the treatment well and he was taking the chemo drug temozolomide but, as the coronavirus pandemic took hold and the UK went into lockdown, we were advised the treatment should stop because continued use would make him particularly vulnerable were he to contract the virus.

Looking back, I really do feel that was a decision around rationing NHS resources over a patient-specific decision made in his interest, but you accept the advice you are given at the time and continuation of the treatment wouldn’t necessarily have extended his life. It is true that the writing was probably on the wall for Mike, but it saddens me thinking of others for whom similar decisions were made, which potentially deprived them of the benefit of ongoing treatment. I firmly feel this is a lesson that we should learn for if or when another COVID wave arrives – patient specific care cannot be abandoned. I hope the COVID Inquiry next year (or sooner) will address this.

“As we went into lockdown, I moved in and, along with Mum, became a full-time carer for Mike. The frequency of his seizures ramped up and they were terrifying.”

Mike was 6ft 4ins tall and we lived in permanent fear of him falling because of a seizure which would be followed by the struggle of how to get him up. He could no longer bear his own weight and couldn’t make sense of how he could use his legs to help himself. I have struggled in the year since his death to describe to others just how challenging it is to care for somebody dying from a brain tumour – but unfortunately others who have been in this position will understand some of the unique challenges. The hardest part was watching him try to comprehend his own impending death, while his brain and body progressively stopped functioning. The sorrow of this will never leave us.

COVID-19 meant it was difficult to access any external help. Our local hospice was closed which put paid to the one visit he had made there once a week for day services which had become a lifeline, not just for him, but for Mum too.

We were able to get help from hospice at home services from Farleigh Hospice in Chelmsford and, later, a bed at St Clare Hospice in Harlow for Mike’s final days where the care was exemplary and really eased what was an incredibly traumatic time.

Because of lockdown easing we were able to have a socially distanced gathering at a natural burial ground which was beautiful but also sad in that we could have only limited numbers and so many people who would have liked to have been there weren’t able to attend.

Right now, even a year later, our family is still processing what happened to Mike with his rapid decline and some of the traumatic experiences we all had. I think losing someone in a pandemic probably changes the usual grief process and now the world is opening up, it is only now that we are attempting to adjust to “normal” life without him.

As a family we were horrified, quickly after entering the brain tumour community, to discover the facts about the disgraceful shortage of treatment options (including clinical trials) in the UK and mortality rates, especially for glioblastoma. The mortality rate stands out as one of the worst of all cancers. Shockingly, and shamefully, survival rates have barely changed since the 1970s.

I am sure the vast majority of the population are in the same situation we were in before Mike's diagnosis - a state of (blissful) ignorance about brain tumours. However, when your family is affected by brain cancer, it rips you apart and you quickly discover the shocking reality. I am confident that if more people in the UK knew about the disparity between the success rates of treating brain cancer and other cancers, they would wholeheartedly support greater funding and a drive for innovation and research.  I have seen for myself how the brain tumour patient and carer community clings onto hopes about alternative therapies and supplements, because there is a dearth in science and innovation in this area – in the 21st century this just isn’t right, in my view.

I firmly feel this is even more important, in the midst of the ongoing coronavirus pandemic (so mortality rates for other conditions like brain cancer are not exacerbated) and now we have left EU. We have a chance, and indeed there is a moral and economic imperative, for us to progress our burgeoning research into this area in the UK, working with our European partners.

Mike was the most kind, gentle, tolerant man, who gave his entire adult life to public service as a teacher. In the prime of his life, he could have given so much more to this world and taught and mentored so many more students. I am acutely aware how many "Mikes" there are out there - who are dealing with brain cancer now, or who are yet to receive a diagnosis. It is not too late for them.

If you have been touched by Mike’s story and would like to know more about our lobbying, research updates and fundraising opportunities, please sign up to our weekly e-news. 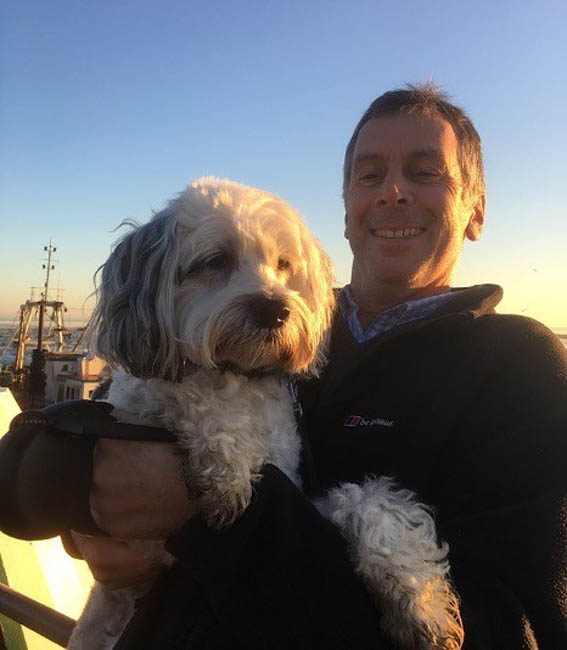