Matthew Caine was diagnosed with a brain tumour after experiencing blurred vision and migraines, and a biopsy identified the tumour as non-cancerous. Matthew and his family breathed a sigh of relief at the results and he was optimistic as he underwent surgery to remove it. However, during the operation, Matthew tragically suffered a haemorrhage and was placed in an induced coma. Just one week later, his wife, son, parents and sisters said their final goodbyes.

“When a pupil’s poem about Matthew was read at his funeral, I was so moved to hear how much he had helped his students. I knew he was a kind and caring man but to hear it in this poem was incredible.

Here is Matthew’s story, as told by his sister Alice…

It was Friday 7th September when my sister Victoria and I said our final goodbyes to Matthew. He was in the intensive care unit at Salford Royal Hospital and, ignoring all the cables and machines, he just looked as if he was simply sleeping. Thinking back, it was quite eerie: he had been in a coma for a week by this point and the consultant had informed us that Matthew had no chance of recovering. Yet there he was, positioned so he was sitting up in bed and looking so peaceful…

A month prior to this, Matthew was diagnosed with a low-grade brain tumour. He was a maths teacher at Tytherington High School in Macclesfield, a loving husband to his wife Hayley, amazing dad to three-year-old Ben, and only 36 years old. He’d been experiencing blurred vision during the summer holidays and he also had a couple of migraines which seemed odd as he had never had one before. Initially he put it down to end-of-term stress but when the symptoms persisted, he went to the GP to be safe. The GP also couldn’t find an issue but referred Matthew for a brain scan just in case. None of us ever imagined that he wouldn’t be returning to work at the end of the school holidays.

He was passionate about his job and so loved by staff and pupils alike at school. He put so much effort in, working weekends and holidays to make sure the children had the best education possible. When a pupil’s poem about Matthew was read at his funeral, I was so moved to hear how much he had helped his students. I knew he was a kind and caring man but to hear it in this poem was incredible. It was also heart-warming to hear everyone comment about his cheesy sense of humour; apparently one of his students asked for a ruler once and Matthew said: ‘will Henry VIII do?’

Two days after the brain scan, Matthew was called back into the hospital and told the awful news he had a grade 2 tumour in the pineal region of his brain. In his typical dad-joke fashion, Matthew described it as the size of a ‘Waitrose grape’.

The worry amongst the consultants wasn’t the tumour itself but rather the pressure that was building up, and within days they were performing a biopsy and draining the fluid from his brain. Recovery was difficult for him; I think he was unnerved by the biopsy and how quickly it had all happened, and he was terrified that the tumour was cancerous. Matthew had always been a worrier and understandably he was very concerned about what a cancerous tumour could mean for his family.

After the biopsy was the last time I saw him conscious. I spoke to him on the phone a few times but I live in Glossop with my husband and two young sons and so I didn’t see Matthew as much as I would have liked – but then I never imagined that we’d have so little time left together.

About 10 days after he was discharged from hospital, Matthew was called in to discuss his biopsy results. He was so relieved to hear that the tumour cells were non-cancerous and the rest of us were over the moon too. It had been a scary few weeks but it seemed everything was going to be OK.

A new neurosurgeon recommended surgery to remove the tumour as they were still quite concerned by the fluid and pressure in Matthew’s head. It was explained to Matthew, Hayley and the rest of the family that it would be a long operation and Matthew would be in ICU, and, although he was a bit nervous, he felt comfortable enough to go ahead.

Matthew was in theatre for more than eight hours when the surgeons decided to abort the operation. The tumour was bleeding every time they disturbed it and they discovered there had been a further haemorrhage at the other side of the tumour. Although they spent hours trying to drain the blood, Matthew was in a critical state and placed in an induced coma.

I can’t even begin to explain what the next week was like. Matthew pulled through the first 24 hours and seemed to be stable but there were good days and bad days, and our hopes were raised and dashed over and over again. On Thursday 6th September, during the doctor’s routine checks, they found that Matthew’s pupils had stopped dilating and they decided to scan him. Later that day, we were told what no family should ever have to hear: he was brain dead and there was no chance of him recovering.

I find some solace knowing that Matthew wasn’t in any pain and didn’t know what was happening to him. It would have been no life for him if he’d have come out of the coma paralysed or brain-damaged.

Then there was also the worry of how to break the news to Ben. Hayley met with a bereavement counsellor and child psychologist and they all agreed he should be able to say goodbye to his dad. He isn’t old enough to grieve but how heart-breaking it must have been for Hayley to watch Ben say goodbye, and to know that Ben won’t ever see him again.

At the time, it bothered me that Matthew was just being kept alive for his organs but not long before his funeral, we found out the incredible news that Matthew’s organs have saved five lives. His lungs, heart, kidney, pancreas and liver all went to people similar in age to him who had been on the waiting list for more than a year. He touched so many lives in his 36 years and it’s incredible that he’s now saved lives too.

It’s been four months now and I don’t think any of us have started to deal with our grief. Hayley is easing herself back into work and she’s a massive inspiration to us all. She’s been so strong and is coping so well.

He is sorely missed at school too. In October 2018, they nominated Matthew for Teacher of the Year in the local Silk FM awards. The radio station was inundated with votes for him and he was posthumously awarded.

I miss Matthew every day. He was a big Man City fan and I used to love going to matches with him and talking about the latest results – following the team now just isn’t the same. However, in his memory, a group of us are going to take part in the Etihad Run in 2019. It’s a fitting way for us all to remember him and I really hope we can raise awareness of this awful disease too. 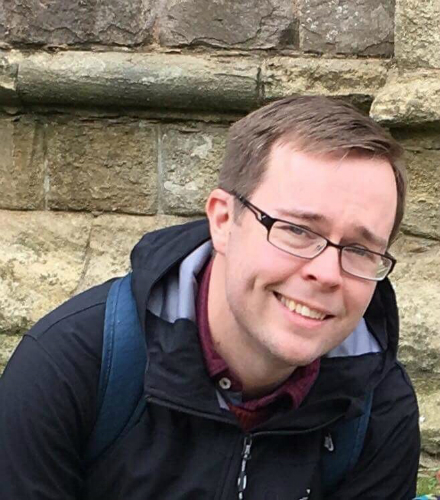