Originally from Lordswood in Southampton, 69-year-old Martin Evans moved to Romsey in 2017 to be closer to his brother, Gary. Before the move, Martin had been living on his own in the home he shared with his mother, until she died in 2014. In 2019, the talented musician, who lived with autism, discovered he had a grade 4 glioblastoma multiforme (GBM) after his “unusual behaviour” saw him admitted to hospital and a scan showed a lesion on his brain. Despite an operation to remove the tumour and radiotherapy treatment, the cancer was too aggressive and nine months after he was diagnosed, Martin died on 23 June 2020. Now, his brother and bandmates are working with Brain Tumour Research to raise awareness and fundraise to help find a cure for the deadly disease.

Here is Martin’s story, as told by his brother, Gary…

There were three years between Martin and me; he was my older brother. Growing up, Martin loved golf and was very good at it. We never had much in common, other than music. I used to DJ in bars and clubs which meant I worked all different hours and Martin played guitar in a few different bands including The Human Error. He even performed on stage at Berkshire’s Watchfield Festival in 1972, now known as Reading Festival with Conventional Douglas – we hardly saw each other during our younger years. 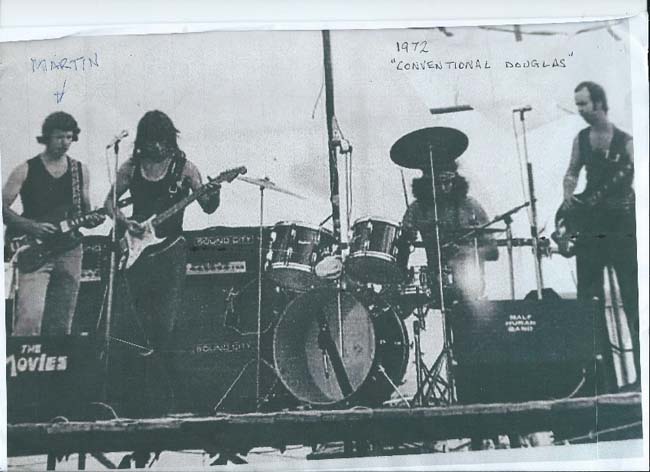 Three years after our mum died, in 2017, Martin moved from our family home in Lordswood, Southampton, to an assisted living complex in Romsey, close to where I live. He’d always been supported by our mum and so this seemed like a great place for him – almost like a five-star hotel, where he could settle and find a life of his own.

From ever since I can remember, Martin had always been ‘different’ and was sometimes known as an ‘odd-ball’, so when his autism was acknowledged, his behaviour made a bit more sense to us.

“Martin used to drink lots of water and ended up in hospital due to his excessive water-drinking flushing his body of salt, impacting his cognition and this happened a few times.”

In March 2019, my partner Karen and I returned home to the news that Martin was in hospital, I assumed it was another ‘water episode’ and went to gather clothes for him to take to hospital only to find him lying in bed at home – he’d discharged himself and because of this, we had no discharge notes and I only had information from him as to what had happened.

A scan at Southampton General Hospital showed a shadow on his brain which doctors said was a transient ischaemic attack (TIA) or "mini stroke" and he was given medication.

From May 2016, Martin had always complained about feeling ‘wibbly wobbly’ which we all thought was to do with him drinking too much water, therefore flushing the sodium from his body.

In June 2019 I received a call from the paramedics who were at Martin’s apartment because they were concerned about his delirious behaviour and when I arrived I saw empty glasses on the table. He was taken to Southampton General Hospital and was given another MRI scan – he hated having them. This time the scan showed a lesion.

Martin was diagnosed with a grade 4 glioblastoma multiforme (GBM).

I remember the surgeon who gave us the results said: ‘I’ve got to give it to you straight, do nothing – three months, radiotherapy – four to five months, operate and it could be 18 months.’ Martin and I discussed the options and we went for the operation.

After surgery, Martin only had radiotherapy as doctors said he wouldn’t have coped with chemotherapy due to his autism and he finished treatment just before Christmas 2019.

He recovered well and three months later told me how wonderful he felt – I had never heard him say that before, and he really did seem well, however, this was short lived and as the COVID-19 pandemic swept the world, Martin began to deteriorate quickly.

My partner and I saw him grocery shopping and we were very concerned how poorly he looked. We helped him back to his apartment and saw vomit in a container and from that moment I knew the tumour had returned. 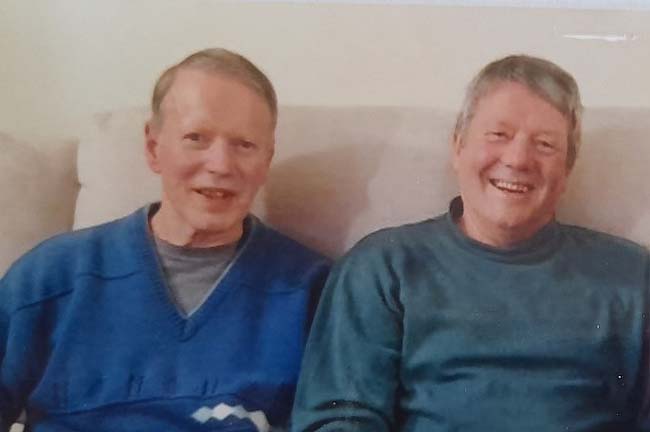 Martin moved in with Karen and me for a month before his move to Mountbatten Hampshire Hospice in West End, near Southampton, where he died on 23 June 2020.

“To this day, I can’t help but think ‘what if’ my brother hadn’t discharged himself, could further tests have diagnosed his deadly tumour sooner?”

The guitar was one thing Martin always went back to and weeks before his death, I have a fond memory of him sitting on the sofa, jamming out on his guitar. 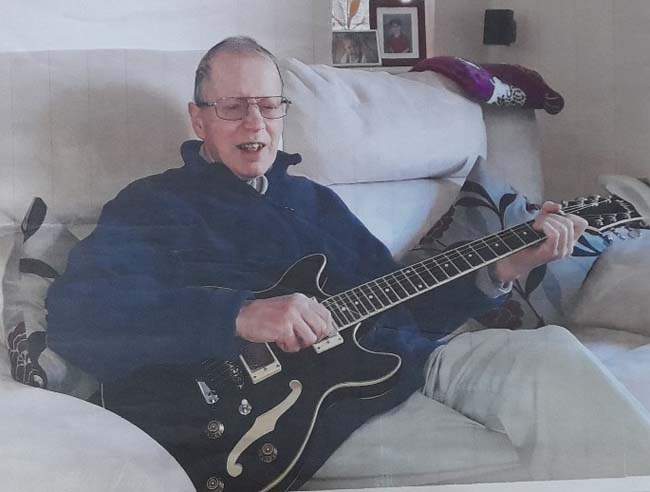 On 14 June Martin’s band mates will be coming together for a night of fundraising at The Concorde in Eastleigh.

Symptoms of a brain tumour are so often diagnosed as something else, and the true cause never determined, which is why I have decided to support Brain Tumour Research to help raise awareness and fundraise vital research into the disease. 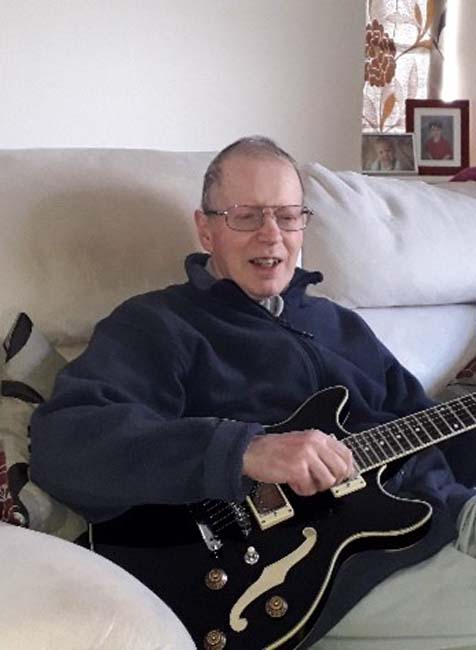