Mark Smith, an accountant who lived abroad for about 15 years before settling in East Grinstead, West Sussex, was diagnosed with a grade 4 glioblastoma multiforme (GBM) in February 2014 after suffering from ‘vacant spells’ and seizures. He underwent radiotherapy and chemotherapy but died in a hospice two years later, leaving behind his loving wife, Karen, and their seven-year-old twins, Matthew and Katie.

Here is Mark’s story, as told by his sister Sara…

My brother Mark was a laid-back guy with a real zest for life. He lived abroad for about 15 years, first living and working in Prague, then Kenya, Eritrea and Egypt before returning to the UK in his late 30s. He did amazing things in Africa, including climbing Kilimanjaro in Tanzania and trekking to see the mountain gorillas in Rwanda. Giraffes were his favourite animal, though. He loved the outdoors, enjoyed scuba diving and was always very caring and considerate. When he was diagnosed with a brain tumour, it was just a couple of months after our mum had died and I remember getting a phone call from him where his main concern was for me. He was always more worried about the people he was leaving behind than himself and the only time I saw him get upset was when he talked about not being able to do the things he wanted with his children. He absolutely loved being a dad. 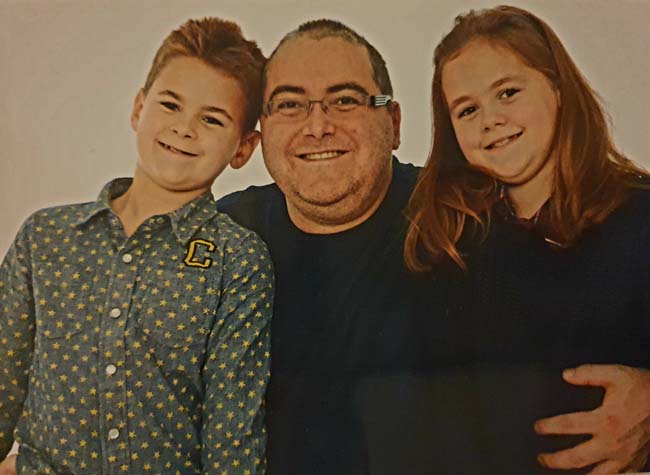 “His illness came completely out of the blue.”

In September 2013, whilst our mum was ill in a hospice with lung cancer, his wife, Karen, called me. She’d just picked the kids up from school and had been doing some after-school activities with them and asked if everything was alright. She said she’d just come home and found Mark sitting on the sofa looking vacant and absent and wondered if he was in shock after receiving some bad news. I was really worried he had suffered a stroke and told her to call an ambulance. By the time the paramedics arrived, he’d had a full-blown seizure. After, he remembered feeling strange at work and getting up but he didn’t remember anything about the journey home or having the seizure. 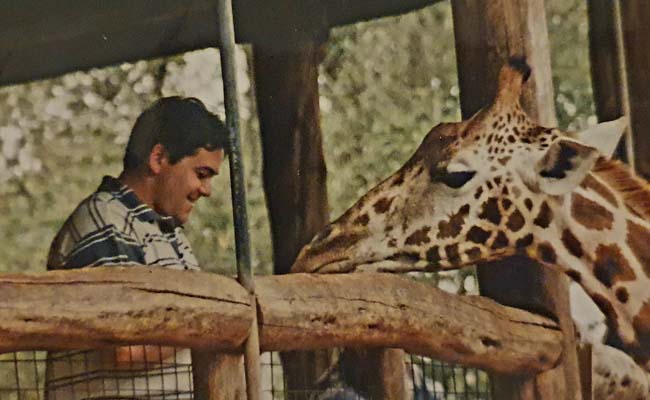 He was taken to the Princess Royal University Hospital (PRUH) in Haywards Heath, where they did a CT scan but weren’t sure whether his seizure was a one-off caused by stress or if it was something more sinister. Then the same thing happened about six weeks later. He was at a Christmas fete at Katie and Matthew’s school and became vacant again. He was taken back to the PRUH and given another CT scan, which found a mass on his brain.

“To make things worse, Mum had just passed away and it was a couple of days before the funeral and, unfortunately, he wasn’t able to go.” 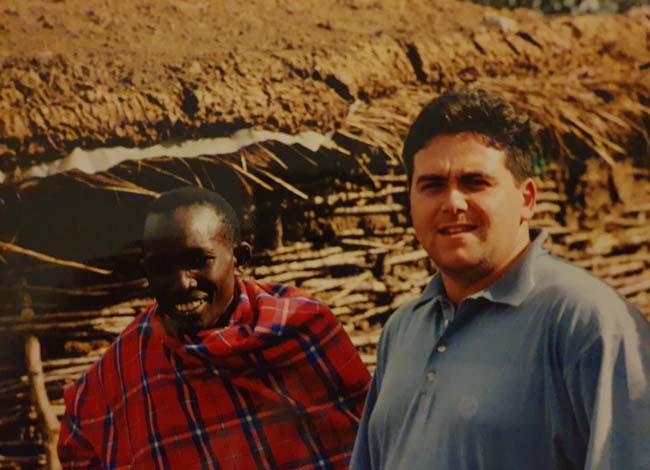 It wasn’t until the following January that Mark had an MRI scan and biopsy at the PRUH and received his formal diagnosis of a grade 4 glioblastoma multiforme (GBM). He had a couple of years after that but died in March 2016, the day before the twins’ eighth birthday. We managed to have some nice holidays in that time, including going to the Cotswolds and to Center Parcs, and he did have some treatment at the PRUH and the Royal Sussex County Hospital, in Brighton. This included a partial removal of the tumour, targeted chemotherapy in the form of Gliadel wafers, which are put in during surgery and contain the chemotherapy drug carmustine, and radiotherapy. 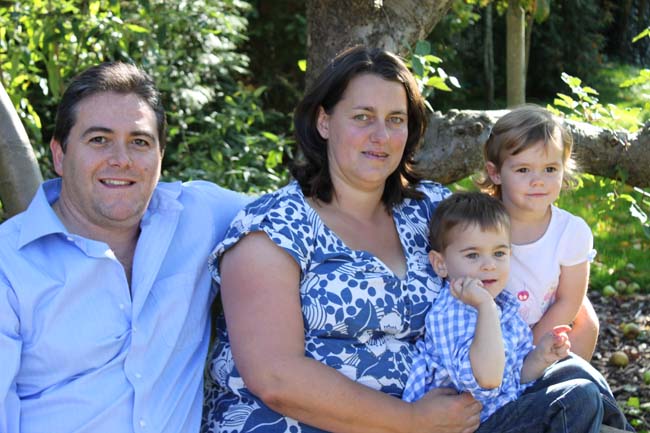 “He tried to carry on working for a while but he really couldn’t.”

For the first year after his diagnosis Mark enjoyed a pretty good quality of life but then, like a lot of people say, particularly in the last six months, we felt like we’d already started to lose him. His personality didn’t really change, perhaps he became a bit more obstinate, but the difference was in terms of what he could comprehend and he was sleeping a lot more. He passed away in St Catherine’s Hospice, Crawley, which was his choice because he didn’t want to be at home as he said it would be too much for the kids to have that memory of him there. He was 49 years old. 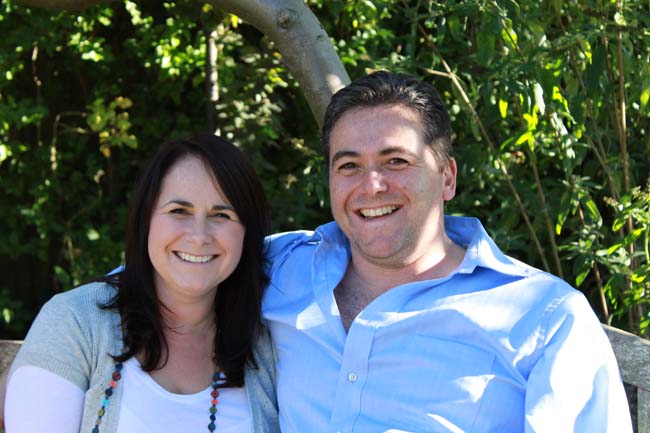 I didn’t know very much about brain tumours before Mark had one but I was shocked to learn that they’re the biggest cancer killer of people under 40 and that research into them is so underfunded. They’re much more common than you’d think. Mark’s father-in-law and the step-father of a friend of ours both now have one. More has to be done to stop this disease from taking more lives. Mark donated his body to medical research and this year the gym I work at, Hunt Fitness in Leighton Buzzard, Buckinghamshire, is hosting a special ‘kilometres for Kilimanjaro’ fundraiser in Mark’s memory. It’ll end on 25 March to tie in with Wear a Hat Day and we’re hoping to raise at least £2,740, enough to fund a day of research at one of the Brain Tumour Research Centres of Excellence. 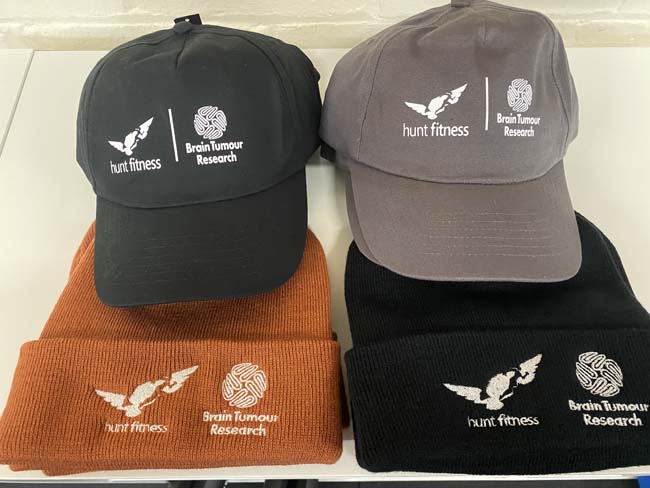 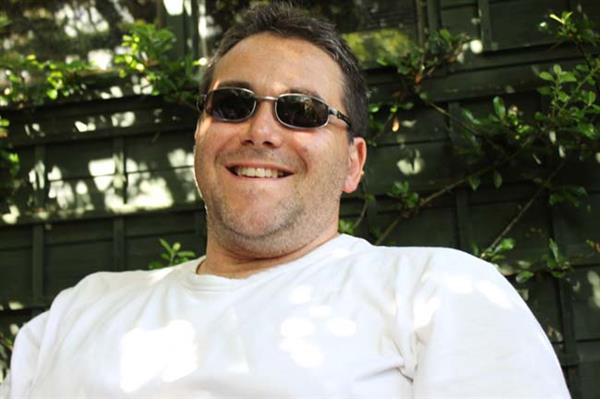