Young-at-heart Marion Greenwood, 71, from Loughborough in Leicestershire loved driving around Europe with her husband, Pete. Despite being fit and active, Marion started to become very tired in August 2021. Her speech became slurred and the left corner of her mouth started to droop. Her family thought she may have had a stroke, but an MRI scan revealed she had a grade 4 glioblastoma multiforme (GBM) brain tumour. On Friday 12 November 2021 – just six weeks after her diagnosis – Marion died peacefully with her family by her side.

Mum was very outgoing, active and didn’t sit still for a moment. She loved life and was always making people laugh. She would help and speak to anyone, even if she didn’t know them. She was very loving and caring and never put herself first.

Mum and Dad loved going away on long summer holidays to Europe in their motor home. They would drive to Dover, get the Chunnel crossing to France and drive down into Spain and Portugal and tour around for up to eight weeks in the summer.

Even though she was really fit and active, Mum started to become very tired in August 2021. She would fall asleep in the middle of the day, which was very unlike her. 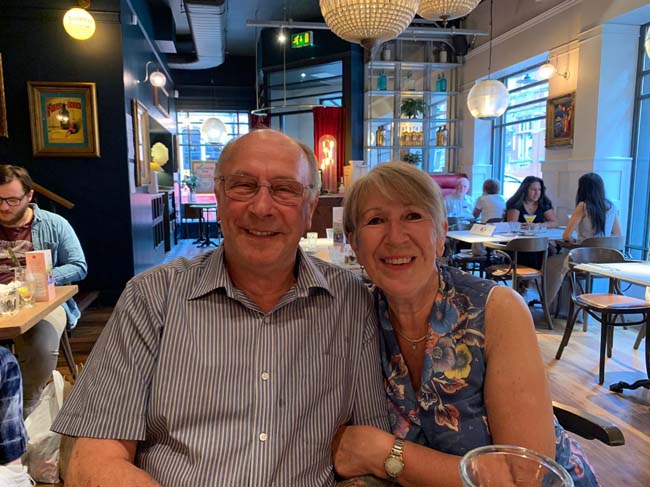 She put it down to the change in medication she was taking for her high blood pressure. Her doctor advised her to reduce the dosage, but when she did there was no change. Mum knew that something was wrong.

My dad, Pete, and older brother, Jason, noticed that when Mum walked, she would kick out her left foot.

“She also slurred some of her words and the left corner of her mouth started to droop. We all thought she may have had a stroke.”

On 7 September, Dad called an ambulance. After a number of tests, the paramedic said Mum had not had a stroke, but the following morning, she said she didn’t feel right and complained that her left leg felt heavy.

Dad called the doctor, and an ambulance took Mum to Leicester Royal Infirmary (LRI). At the hospital she had a CT scan and an MRI scan, which revealed a mass on her brain. 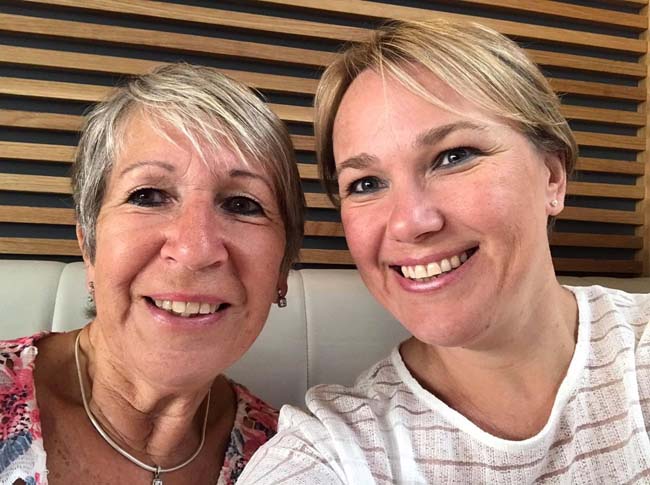 On 20 September, Mum was referred to the neurology unit at Queen’s Medical Centre (QMC) in Nottingham and had another MRI scan. A few days later, she had a biopsy. By then, Mum was unable to move on her own and she lost her peripheral vision.

Because of coronavirus, Mum had to be in isolation in the hospital for ten days so none of us could visit her on the ward. Mum’s mental health was going downhill so Dad and I took it in turns to take her to the canteen.

On 1 October, Mum received the results of the biopsy which showed she had a grade 4 glioblastoma multiforme (GBM) brain tumour.

“I was in total shock. Mum was my best friend and I kept thinking: ‘what am I going to do without her?’ Things were happening so quickly.” 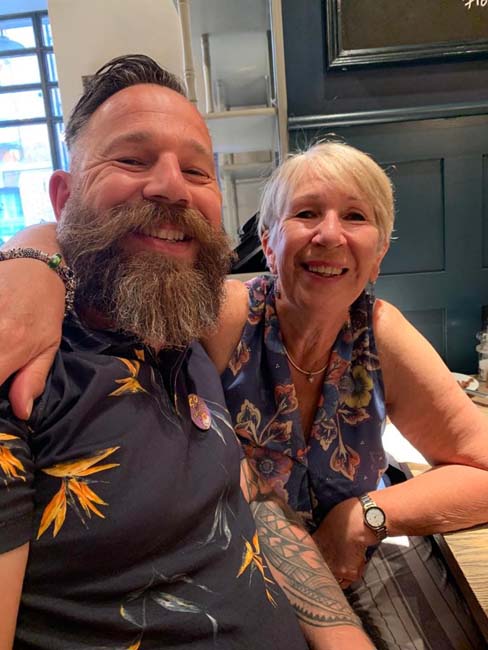 I was already going through the grieving process because I knew that there was nothing that could be done to help her. I felt so helpless because I couldn’t do anything to make it better. We were looking for reassurance, but it never came.

Mum stayed in a community hospital for one night as she was due to return home a few days later but on 17 October, she was transferred back to the Leicester Royal Infirmary (LRI) as an emergency because she was being sick and had migraine-like headaches.

“Mum had another MRI scan. We couldn’t believe it when they showed it to us. Her tumour had gone from three broken globules to one big mass which was a quarter of the size of her brain.”

By this time, it was too late for Mum to have any treatment. She was taken to the LOROS Hospice in Leicester on 26 October. She spent two weeks there before returning home by ambulance on 8 November. 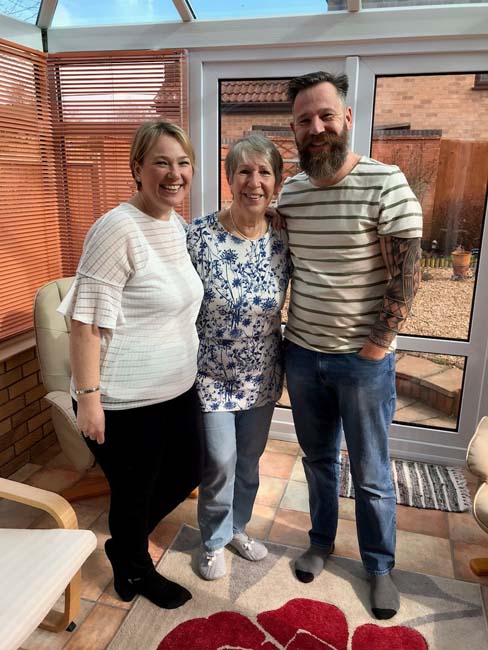 Mum wanted to be at home. You could see her body relax when she came through the door. She knew she was home, and she managed to open her eyes and look around her room.

“Her friends came over to see her and brought a bottle of prosecco to celebrate her homecoming. Mum had a mouth sponge and I dipped this in the prosecco so she could get a taste.”

Mum’s friends came and said ‘hello’ up until the Thursday morning. She knew they were there, and she was able to break out a smile and a tight squeeze of the hand as she was unable to speak. This was her way of communicating with us.

On Friday 12 November 2021 at 2:15am, Mum died peacefully with Dad and me by her side. It all happened so quickly, it’s devastating. 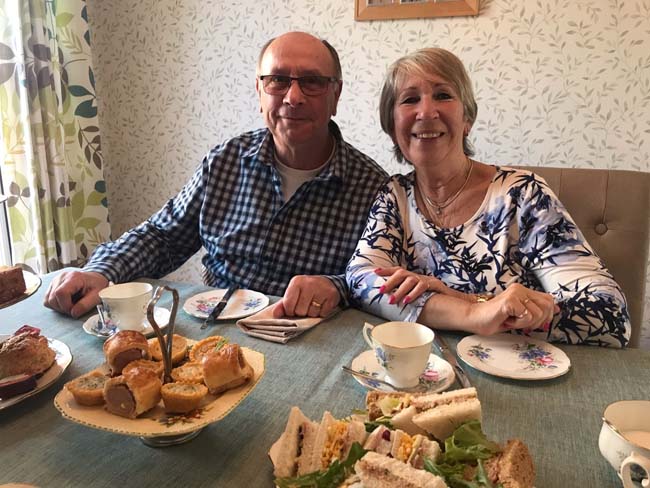 I’m now planning to raise money for Brain Tumour Research by doing a 25km fundraising walk in April 2022. I need to do something to raise awareness and get more funding for brain tumours so that other families don’t suffer like we have.

I shall keep going to raise as much as I can because it’s touched me so deeply. I’m determined to find a cure for this devastating disease. 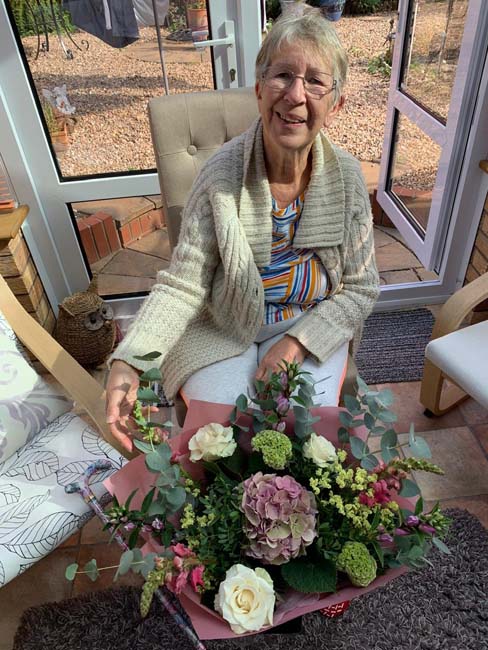