Malcolm from Staffordshire was diagnosed with a gliosarcoma and died nine months later. After suffering with what was thought to be a stroke, a scan at Queen’s Hospital in Burton-on-Trent showed the devastating news of a mass on his brain. The prognosis was terminal and despite surgery, radiotherapy and chemotherapy treatment, Malcolm died at home on 19 July 2022, he was 65. His wife, Tessa is working with Brain Tumour Research to highlight the need for more research to better understand this disease and improve treatment options.

Here is Malcolm’s story, as told by his wife, Tessa …

Since we met in 1996, we were never apart for long periods of time. Malcolm lived in Wolverhampton and I lived in St Albans. We were together for 26 years and married for 18. We loved to travel together and Scotland was like our second home, we got married in the Isle of Skye and visited various cities a least a dozen times during our relationship.

Malcolm was still working as a solicitor at the time his symptoms started. We took some time away from our busy lives - we both worked as solicitors and visited one of our favourite places in the Hebrides, the Isle of Mull. Malcolm commented on how tired he felt, more so than usual. He had driven from our home in Staffordshire to the far north of Scotland so we thought this could be part of the reason for his extreme tiredness.

After returning home, Malcolm managed one day at work before his symptoms got worse and he complained of feeling unwell, extremely fatigued and his balance became affected. He was waiting for the results of a blood test from our GP and was sleeping so much. When he lost his footing on two occasions, I became more concerned that we needed the results of the blood test urgently.

I’d gone out to work and asked a friend to call in to check on Malcolm who was resting in bed when I received a call with the words ‘you need to get home immediately’. I rushed home and called 999, unsure what had happened to Malcolm who seemed disorientated, I’d never seen him like it. The paramedics told us that it was unlikely Malcolm had suffered a stroke and advised us to call our GP for a referral to hospital.

The next day our lives changed forever.

On 6 October 2021 we went to Queen’s Hospital in Burton-on-Trent where a CT scan showed a mass on Malcolm’s brain. He was referred to the neuro team at Nottingham City Hospital. I remember the young doctor who delivered the news to us, I could tell he was about to tell us something bad. Even on hearing the words brain tumour – I never imagined it would be cancerous.

We were told the tumour was big and doctors thought it was high-grade, initially they thought it might be a glioblastoma (GBM) and we were dealt the blow that the life expectancy someone with this type of tumour, without any treatment, could be six months. With treatment, we could have up to a year together.

“It wasn’t fair, and all I could think is how we wouldn’t grow old together.”

Malcolm was so brave throughout his diagnosis and decided to have surgery and the treatment that followed. He was given steroids to relieve the pressure on his brain and a week later had debulking surgery.

I spent huge amounts of time searching online, looking at clinical trials and research on different websites always coming back to the conclusion that time was of the essence.

After six-and-a-half-hours of surgery, doctors confirmed Malcolm’s tumour was a high-grade gliosarcoma and the operation left him with limited speech and mobility. He pointed to his six inch scar and said the word ‘Halloween’, in spite of these life-changing injuries he still had his sense of humour and he was still the only person I knew who could complete the cryptic crossword in The Times. 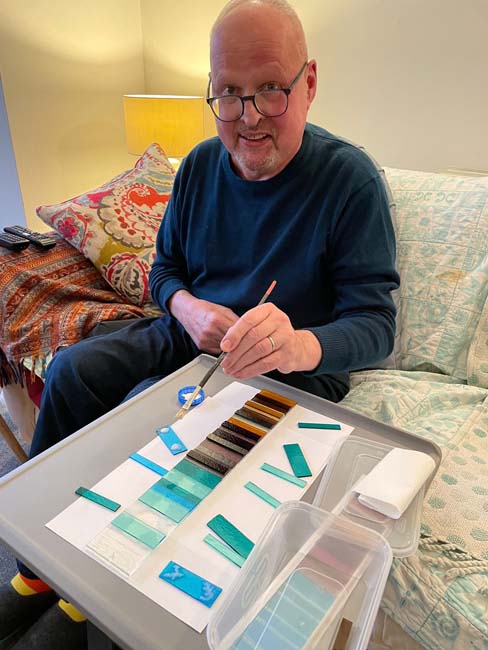 He spent three weeks in hospital after the surgery and received speech and language therapy as well as help from a team of physiotherapists. He loved music, so much that our loft is home to thousands of CDs and vinyl records. Visiting him in hospital you’d always here a soundtrack of everything from jazz to dance music where he would play DJ to patients on the ward.

Malcolm was given 30 rounds of radiotherapy and chemotherapy which finished in January. After a month off he was due to have a further six rounds but after four he suffered a reaction to the medication.

“He said he couldn’t do it anymore and decided his quality of life was more important.”

From that moment he deteriorated quickly and suffered with side effects of the tumour and treatment including sciatica.

The palliative care we received from our local hospice was fantastic, so much so that in February I took a video of Malcolm walking along our hallway unaided which seemed like it would never have happened after the operation.

He slowly became less mobile and I felt robbed and frustrated that we couldn’t leave the house easily or eventually at all.

Malcolm died peacefully at home on 19 July 2022 with me by his side and during the last few days of his life he lost his speech, using his eyes to communicate.

We were preparing to celebrate his retirement from a 44-year long career as a lawyer which came to an abrupt end on 6 October 2021 as his symptoms and diagnosis meant he wasn’t able to work again. Next year when he was due to finish work at the age of 66, knowing that he isn’t here anymore is hard and something I don’t know I will ever adjust to. 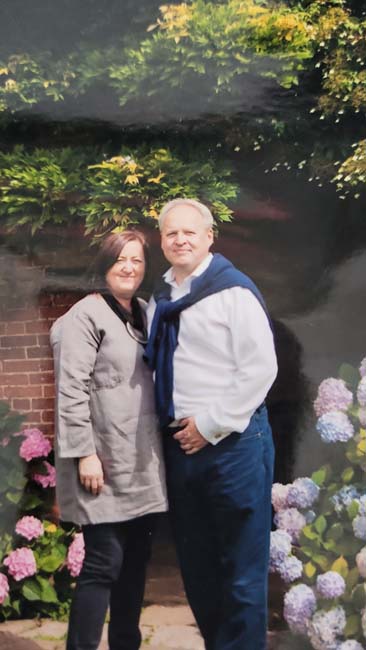 His funeral was a wonderful celebration of his life and I will never forget the words which somebody said to me, ‘you must remember what you have had’, which is why I wanted to share Malcolm’s story so he didn’t die in vain.

We were both shocked by the dire statistics around funding into brain tumours and treatment options available to patients which is why I am working with Brain Tumour Research to raise awareness. 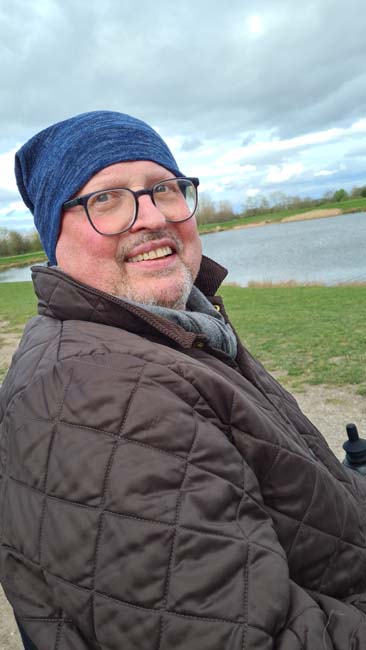