Former headteacher Malcolm Jackson was diagnosed with a frontal lobe glioblastoma multiforme (GBM) following a seizure in March 2011. The father-of-two had his tumour debulked before undergoing radiotherapy but died in June 2012 at the age of 73.

Here is Malcolm’s story, as told by his daughter Sue…

It’s 10 years since we lost my dad. He was diagnosed with a frontal lobe glioblastoma multiforme (GBM) in March 2011 and passed away 15 months later at the age of 73. This year the anniversary of his death fell on Father’s Day which was particularly difficult. His was a life well lived. He was a headmaster of North Cumbrian secondary schools and a well-known member of the local community. He was invited to Buckingham Palace twice because of his community work with the Prince’s Trust, the Community Matters organisation and the local Crime Prevention Group. He threw himself into lots of things; he loved travelling and regularly walked up Lakeland Fells with friends before his illness. He was lucky enough to retire relatively early and enjoyed an active retirement.

“It’s just a shame he died when he did because I feel he had a lot more left to give.” 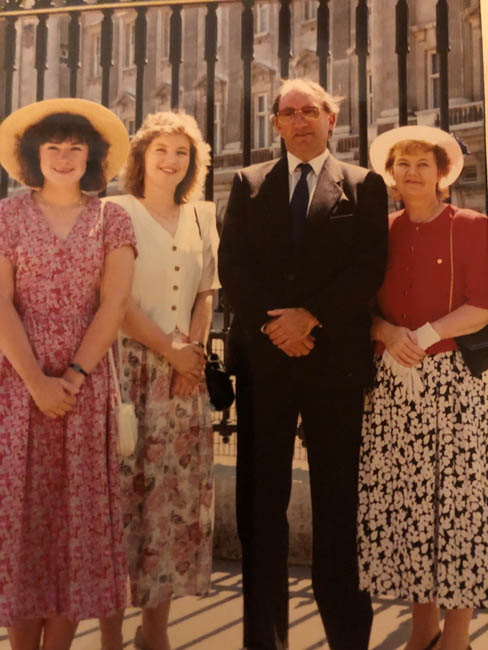 He only had one symptom and it’s something that wouldn’t have been immediately noticeable to other people. He had always been very organised, the sort of man who was very strict with time-keeping. When he lost the concept of time and having to get ready on time, that’s when we noticed that something was wrong. He suddenly went from being someone who’d always been a real stickler for punctuality to someone we were having to chivvy along for everything. But we just thought he was getting older and was maybe a bit depressed because he’d been struggling with his eyesight.

“We have no idea if it was related to his brain tumour but he had macular degeneration which he had been having regular injections to try and counteract.”

Dad’s diagnosis came after he suffered a seizure at home. It happened at night and my mum had to call an ambulance to take him to the Cumberland Infirmary, in Carlisle. It was there the scan was carried out which led to the discovery of his tumour. It all happened rather quickly and was a complete shock. I didn’t take it all in at the time. Mum phoned me that day and I came up from London to see him in the hospital. Typically, he was admitted on a weekend when there were fewer consultants to analyse his scan so we had to wait a few days for a diagnosis. Once the tumour was spotted, the doctor told us it could be operated on and that gave us the hope he’d be OK.

“I was fairly optimistic about them catching it early and being able to do something about it.” 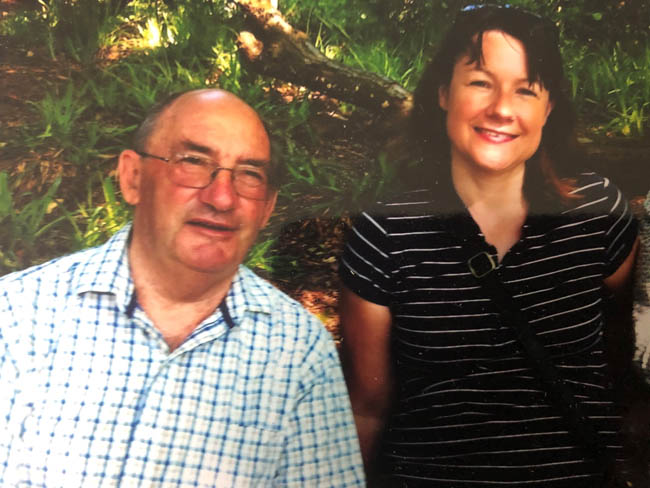 He was transferred to the Royal Victoria Infirmary, in Newcastle, where he was operated on within a week of receiving his diagnosis. I remember him coming around from the op and being fascinated by the other people on his ward, which included one man who’d been hit on the head by a cricket ball. It was the first time he’d been in hospital, even though he was 72, and that made him interested in the whole process in some sort of bizarre way. I recall being most relieved that the surgery hadn’t affected his personality because when they operate on a person’s brain, you never know what’s going to happen but, thankfully, he returned to his normal self. 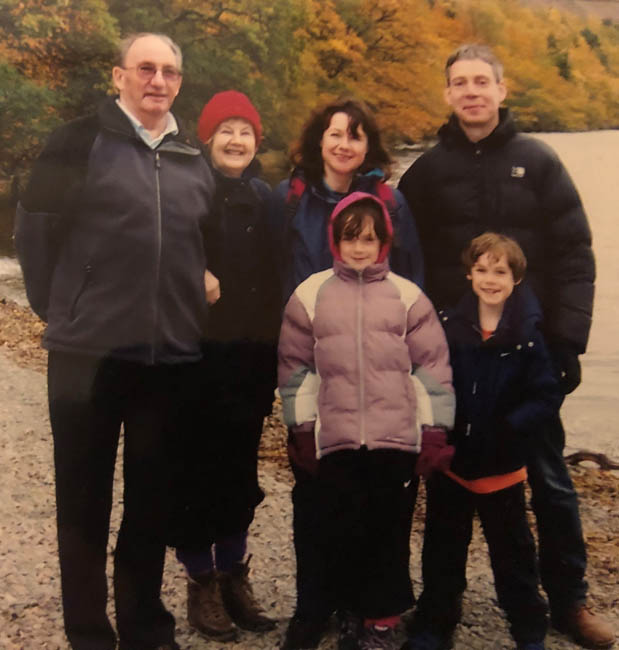 “Dad went on to have radiotherapy, which he actually coped with pretty well and almost certainly gave us another summer with him.”

He felt like he had been given an extra lease of life and very much tried to make the most of it by spending more time with his friends and doing something tangible with Mum every weekend by organising daytrips for them. He was obviously tired but he was determined to get on with life. His initial treatment seemed to be successful and far as he was concerned, he’d had the all clear.

I remember him and Mum really looking forward to the New Year but by March you could tell something was wrong as he had a persistent cough and seemed to be losing weight. He had another scan which confirmed his tumour was back. The doctors were talking about him being a good candidate for chemotherapy but, sadly, he died before he could get started on further treatment.

“In his final days, he was admitted to the cottage hospital in Brampton, Cumbria, and was put on end-of-life care.”

It was the hospital where my sister and I were born and Dad was comfortable there being looked after by a couple of his former pupils. We were glad he was there rather than in a big hospital and it was good to have the chance to sit and spend time with him. He seemed peaceful and we think he was aware of our presence because of the way he reacted to the things we said. The staff were very caring and let us be there whenever we wanted so we took it in turns to make sure that he was never alone. 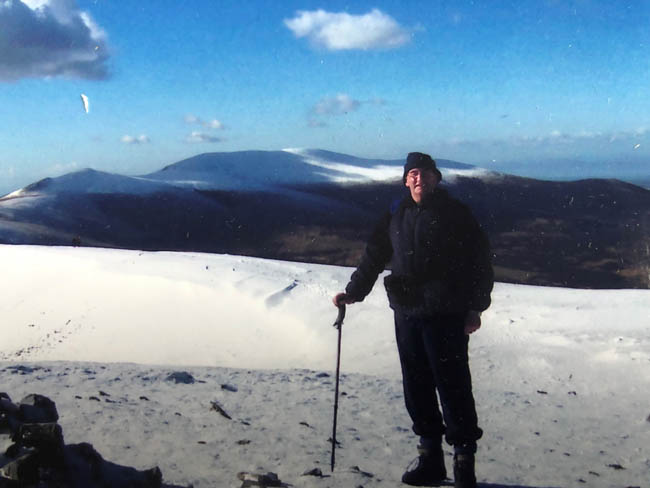 I do wonder whether having a better idea of the potential symptoms of a brain tumour would have allowed us to catch Dad’s tumour earlier; that’s why I support Brain Tumour Research. I would recommend that anyone noticing a change in the behaviour of a loved one doesn’t just put it down to old age. They should discuss it with a doctor and push to have a scan carried out to rule out anything sinister. 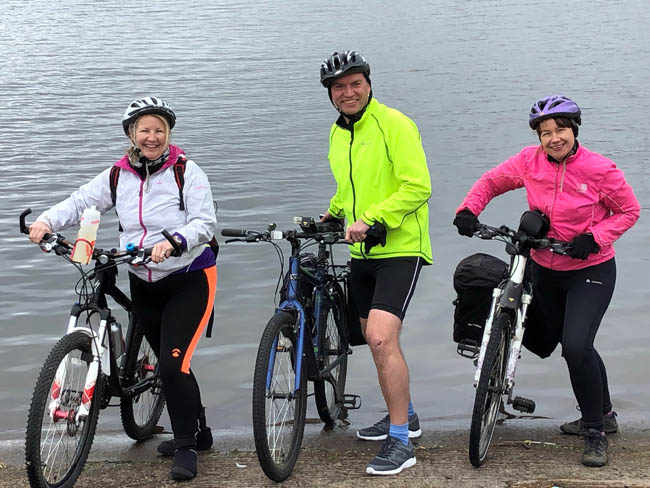 My next fundraising challenge for the charity takes place later this month and will involve a 170-mile cycle ride from Ravenglass on the Cumbrian coast to South Shields on the North Sea coast following the Hadrian’s cycle route. I’ll be completing it with my sister and cousin in Dad’s memory. Anyone wanting to support us can do so at: www.justgiving.com/fundraising/hadrianscycle22. 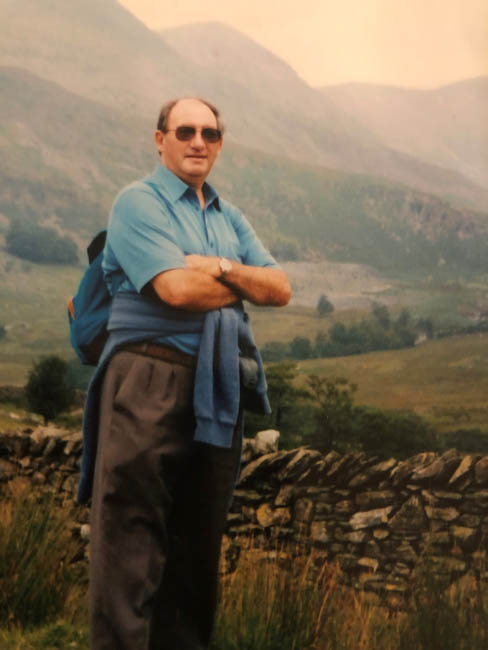