Lochlan Peckham from Marske-by-the-Sea in North Yorkshire was a happy and healthy six-year-old boy, but became unwell in June 2019. He was taken to hospital and an MRI scan revealed a mass on his brain, which was a high-grade glioma. He underwent surgery and had radiotherapy and chemotherapy, but his condition deteriorated and he died aged just eight, in May 2021. Lochlan’s dad, Ross Peckham, 43, recently completed an epic and emotional run to raise money for Brain Tumour Research in memory of his beloved son.

Lochlan was a normal, happy, cheeky six-year-old boy. He was empathetic and was very aware of and concerned about the environment.

In June 2019, when Lochlan was six, he was off school with what we thought was a viral sickness bug. It was just like a typical bug, and the GP thought the same, even though Lochlan said he had a strange spiky feeling in his hand. The GP told us to call 111 if it got worse. 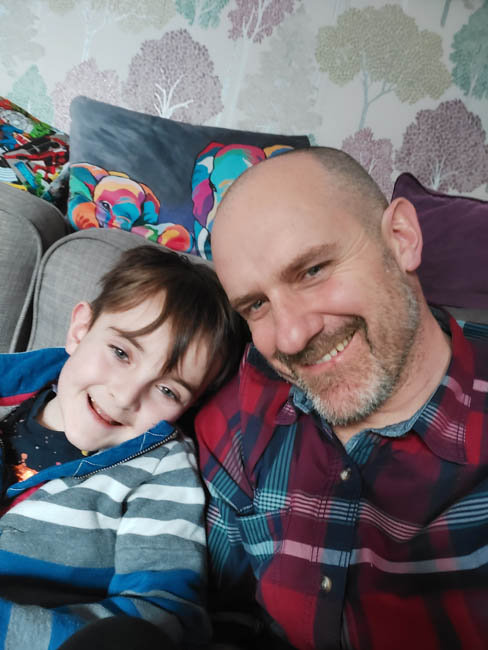 “On the Saturday evening, Lochlan got worse. He was violently sick, and the spiky feeling had spread up his arm.”

I took Lochlan to The James Cook University Hospital in Middlesbrough. He had an MRI scan which revealed a mass on his brain, so he was immediately transferred to the Great North Children’s Hospital in Newcastle. We were absolutely heartbroken.

A few days later, Lochlan had an operation to debulk the tumour, but sadly it could not be removed. He stayed in hospital for a week before coming home to recover. Once he had built up his strength, he began a six-week course of intensive daily radiotherapy at the Freeman Hospital in Newcastle. Unfortunately, he started having seizures which meant he required radiotherapy earlier than planned. Once radiotherapy ended, Lochlan began a course of six cycles of oral chemotherapy. 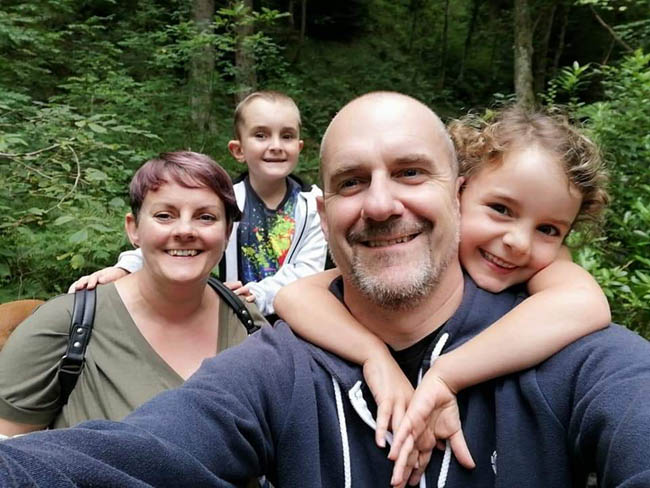 He handled this pretty well, so his medical team extended his treatment to 12 cycles over 12 months. Unfortunately, when he reached the end of cycle 12 there were no other treatment options available and we went into a period of 'watch and wait' for six months.

“After three months, Lochlan's health deteriorated, and an MRI scan confirmed  his cancer had spread to new areas of the brain. There were no further treatment options available for him. Again, we were heartbroken.” 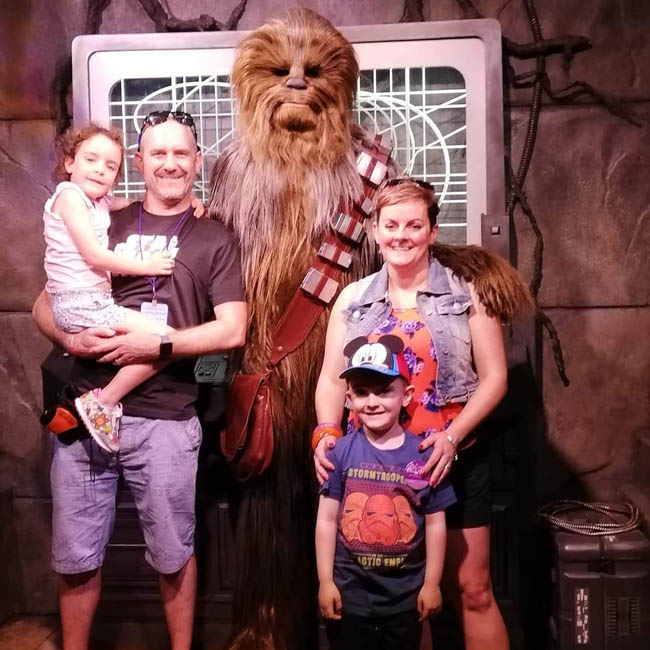 Throughout each step of his journey, we were always told to expect the worst, but at each point Lochlan showed his true colours; his bravery and courage to overcome every hurdle that was in front of him. He consistently exceeded all medical expectations.

“In January 2021, we were told Lochlan had relapsed, and the tumour had spread further into his brain tissue. There was nothing more his medical team could do, other than control his symptoms and keep him comfortable and happy as best they could.” 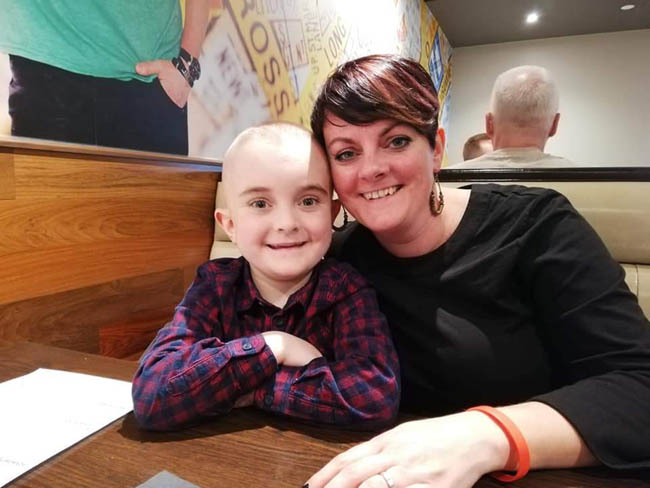 Sadly, on 2 May 2021, he passed away comfortably and quietly at home with us together as a family.

Since then, we have raised nearly £10,000 for Brain Tumour Research through different fundraising initiatives such as a sponsored walk and turning our home into ‘Lochlan’s winter wonderland’ last Christmas. 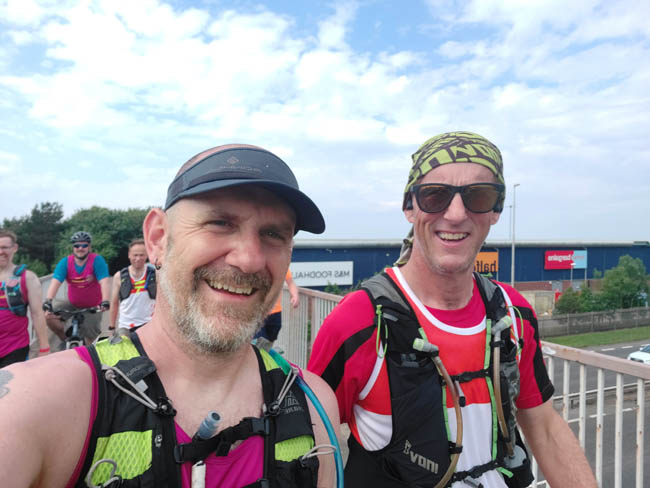 On 24 June 2022, I ran 55-miles from our home in Marske-by-the-Sea to the Great North Children’s Hospital in Newcastle, where Lochlan was cared for. I was joined by Andrew Hebden, whose fiancée Dr Rebecca Hill was Lochlan’s lead consultant. It was a Friday, which was always clinic day for Lochlan. It was the day that we would have our little outings and adventures up to Newcastle to see Dr Becky and the team, so it felt only natural to do it on a Friday.

“It was a hugely significant run and we stopped at the spot where Lochlan is buried. It was actually a happy moment and I felt that if his death can help in any way, then that is great.” 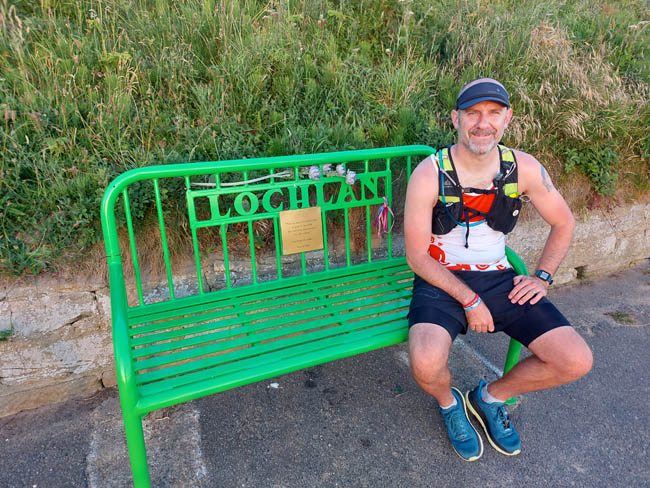 We managed to raise more than £4,000 for Brain Tumour Research. If me running 55 miles makes a fraction of a difference, then it’s worth it and I would do it ten times over.

As we came to terms with our loss and how much our lives had changed and would never be the same again, I took solace in my running.  It brought me a strange sense of quiet and comfort, away from all the heartache and grief that consumes you when you experience such a loss. It helped me and continues to help me stay focused, it gives me time to think and grieve in a way that feels ok, even though your life is not ok anymore.

There is such a lack of awareness of brain tumours and that is just wrong. More funding needs to be assigned to researching this at a national level, in particular paediatric brain tumour research, if our children are to survive this horrific disease in the future. 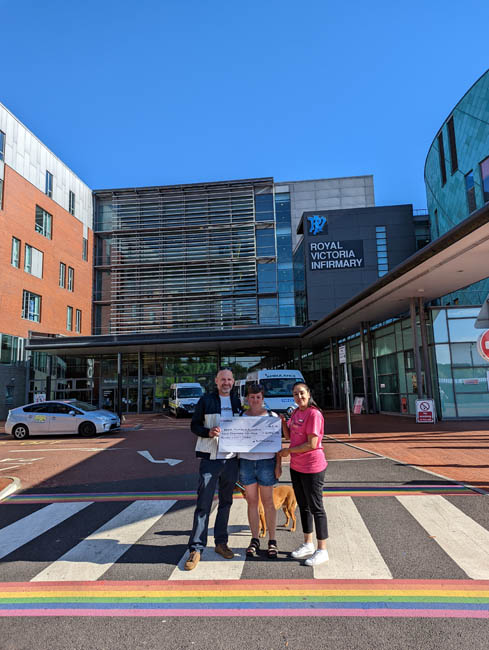 “If we can cure and better treat some cancers, why not brain tumours?”

One day, I really do believe our researchers, will crack the code and develop better, safer, healthier treatments to give patients better prospects for survival. The answers must be out there, and I believe in the science to find a cure.

I hope Lochlan would be proud of me. 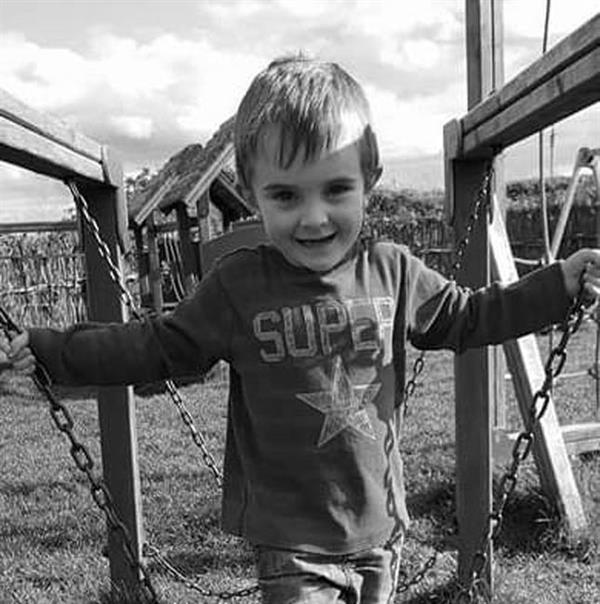