Lisa, who lived in King’s Lynn, was diagnosed with an aggressive glioblastoma multiforme (GBM) brain tumour. She continued to care for her three children, Zachary, Shannen and Cameron, and study for a degree, but passed away at the age of 43 just 14 months later. Her children were then 20, 18 and 14 respectively. Following her death, her family, including dad, Mervyn, set up the Lisa Wiles Red Wellies Brain Tumour Support Fund to fund research into GBM at Addenbrooke’s Hospital where a research laboratory has been named after Lisa.

Here is Lisa’s story, as told by her daughter, Shannen…

She was the best mum as well as being my best friend. I could tell her anything because she was always so accepting, loving and protective.

As a mum of a two-year-old, I can’t believe that Mum, as a single mother (she and Dad divorced when I was two), looked after three children, scrimping and saving so that we never wanted for anything or so we could go on holiday.

Looking back, I remember, a few years before Mum was diagnosed with a glioblastoma, that when she was tired her eye seem to droop. I never found out if it was connected and didn’t question it at the time.

On my 17th birthday I had a big party. Mum had a headache but we still went ahead with the celebrations.

The following month we went to stay in a friend’s caravan in Hunstanton, along with Mum’s new partner, Simon. Sadly, that was when Mum started a series of 11 continuous days with a really bad headache.

Back home, I remember her lying on the sofa with the curtains closed. We called the GP out who diagnosed sinus problems. Several days later, Mum was still in so much pain. We took her to A&E where they suspected she had meningitis. Mum had a full body scan which revealed a brain tumour.

It was a huge shock for everyone. We were all crying apart from Mum who was calm and trying to comfort us.

Mum remained in hospital and was transferred to Addenbrooke’s where the tumour was removed. During surgery, Mum was woken to check that the procedure wasn’t causing damage. She could hear what the surgeons were saying, but couldn’t feel any pain. We had already been told that the tumour was grade 4 so we knew Mum wouldn’t survive, but this would give her longer. 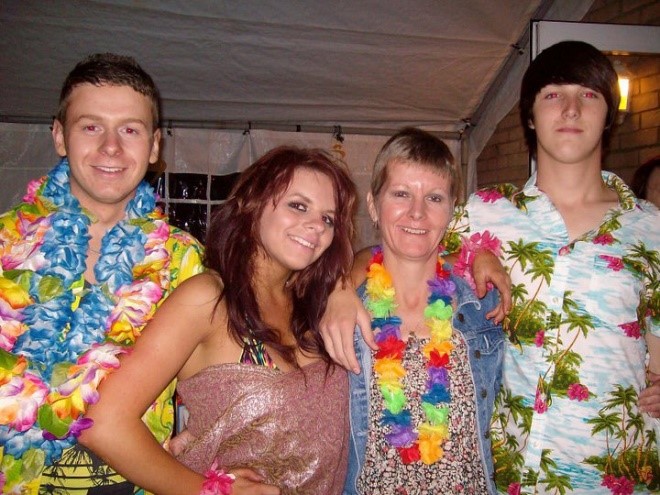 Mum then underwent chemotherapy treatment. My siblings and I were at college and school and Mum still made our meals as well as continued with her own studies – she was taking a degree in psychology and sociology at the college of West Anglia. You wouldn’t have known she was ill, even though she was sometimes sick from the chemo.

Once she finished the treatment, we started planning days out as a family again.

“However, on my 18th birthday in July, Mum went for another MRI scan. It revealed a shadow on the brain, which, devastatingly, we were told, looked like another GBM. This is exactly what it turned out to be and this time it wasn’t even operable.”

We were all terribly upset. I hadn’t realised how bad it would be because I had always told myself Mum would be fine. My brothers and I had been in denial, thinking she’s our mum and she’s not going anywhere. Now she had to go through treatment all over again.

In August 14 members of our family, including Simon, my grandparents Mervyn and Rosalie Wiles, Mum’s sister Hayley and brother Damian, went on holiday to Turkey. We had the most amazing time. On the way home in the aeroplane Mum cried. Throughout her illness we had never seen her cry so this was very poignant. We didn’t ask her why she was crying because we didn’t want to know the answer.

The following month, Mum and Simon, along with Nanna and Grandad went to Benidorm. My grandparents stayed in a different hotel so they could keep an eye on Mum, while giving the two of them some space as well. Grandad told us that Mum remained so positive and they had some really good times, although it was also very sad because we all realised that this could well be her last holiday.

Back home, we were sitting watching the Pride of Britain awards on the TV. Mum’s speech was a little slurred and she had lost some movement in the right side, although she was still going to college. Mum was crying for other people. I remember thinking she didn’t realise that she was the same as a lot of the people on the TV. 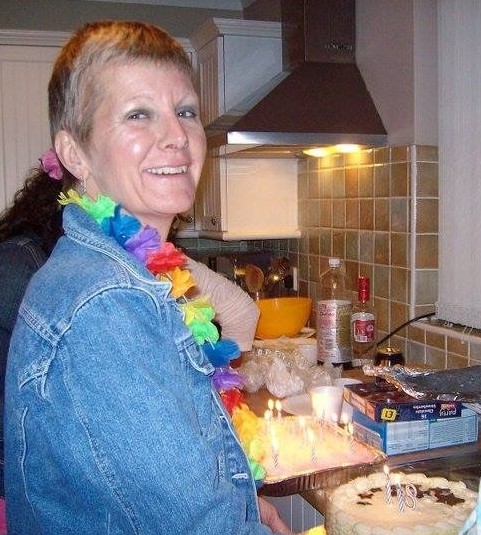 The next morning, Simon came into my room to say he wasn’t going to work because Mum wasn’t well. I heard Mum get up and I went back to sleep. When I went downstairs, Mum was unresponsive on the sofa. She was in a coma and remained so for a week. We had nurses coming in to help us look after her.

On the Thursday of that week, I went out to get a tattoo dedicated to Mum – it reads: ‘A mother is she who can take the place of all others, but whose place no one else can take’. and when I came back, she did open her eyes and stroked it for a few moments, although she didn’t speak.

The doctors kept saying it will probably be today, yet we were filled with short-lived optimism when one day she actually got up, sat in a chair and drank through a straw, before slipping back into a coma. Sometimes she would squeeze our hands so we knew she was aware we were there with her.

During the last week of her life, her whole family were by her side, so in a weird way I have fond memories of that week as well as desperately sad ones of it being the last days we had with her.

My brothers and I would lie with Mum and play music to her – she liked all kinds, including U2 and Kanye West. On the day she died I was going to put on Abba which was the soundtrack to her illness and specifically Mamma Mia, when I noticed she was going. It was 13 October 2011.

Just three years previously, Mum had met up with Simon, an old friend, having brought us three children up on her own. They got together and eventually set up home together, so really, she had only just started out on a new life.

“Losing my mum is really hard to understand. I am a devout Christian, but I still ask myself why God gave me such an amazing mum for such a short time. I still remember all the lovely things she said to me and how she gave me so much confidence and belief in myself. She was the kind of mum I try to be to my son.” 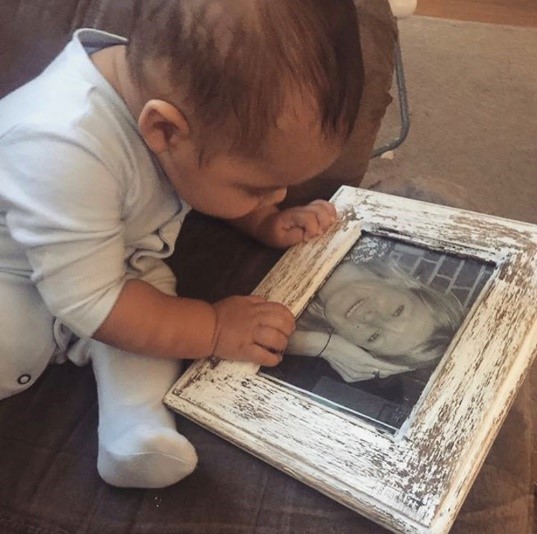 We were lucky that Mum didn’t change much through her illness. I have heard stories of people having a complete change in personality so that the family in effect loses the person long before they actually die.

At the beginning of 2012, Nanna and Grandad set up the Lisa Wiles Red Wellies charity to help other brain tumour patients and to raise funds for a new research laboratory at Addenbrooke’s, which was named after Lisa.

Research into brain tumours is so underfunded yet brain tumours have such a dreadful impact on families. My dream is that we will find a cure so that one day there will be a girl whose mother is diagnosed with a GBM and survives. 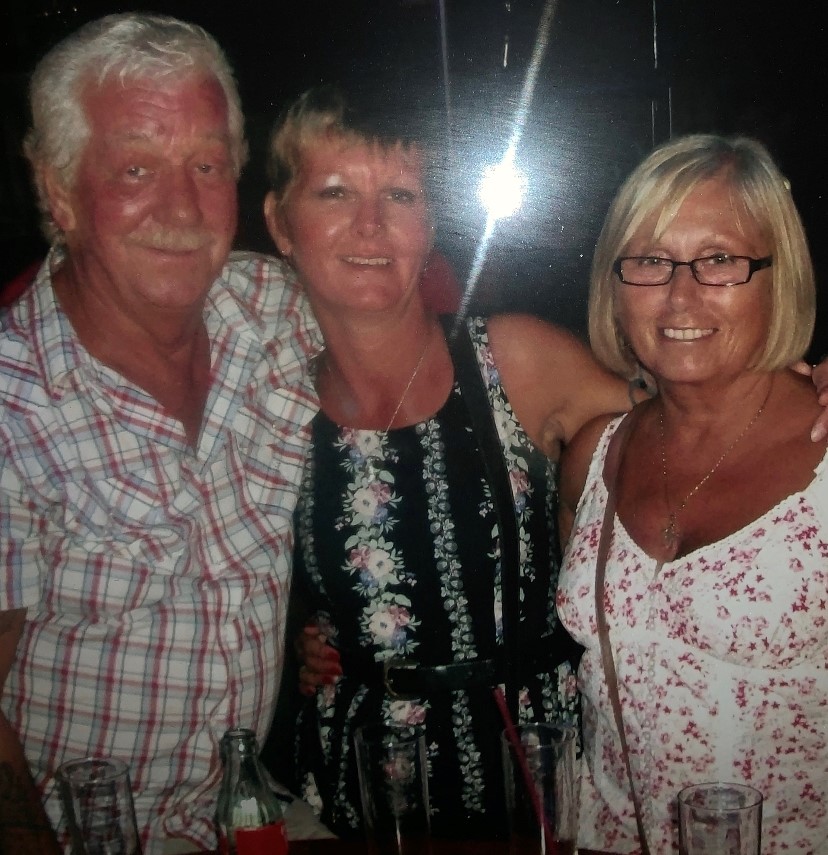 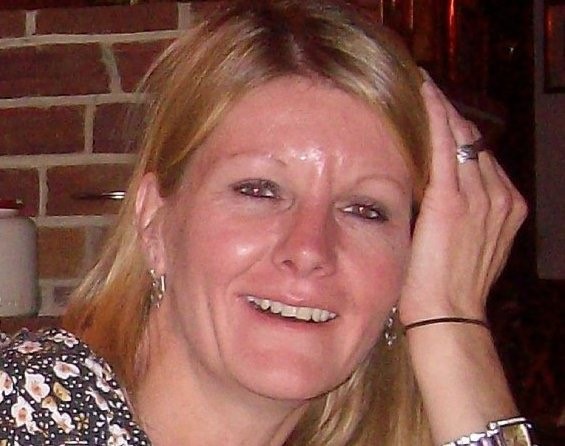