After suffering from a seizure in January 2017, 55-year-old Linda Insley was diagnosed with an aggressive brain tumour and given the prognosis that she might live for just 18 months. Determined to fight the disease and remain positive for her family, Linda underwent surgery and treatment. When an MRI scan dashed her hopes and revealed the tumour had returned, Linda and her family turned their hopes to various alternative and homeopathic remedies, including cannabis oil. Sadly, she died on Christmas Eve 2017, leaving husband Richard, their daughters, Charlotte and Rebecca and two young grandchildren.

Here is Linda’s story, as told by her dad Michael…

Christmas is such a wonderful time of year and having three children, nine grandchildren and three great-grandchildren always made it a happy time to play games and spend time together. Tragically, the Christmas of 2016 turned out to be one that we would remember forever, but for all the wrong reasons.

It was a Wednesday morning in January 2017 that I received a panicked call from my son Steven, who had just been talking on the phone to my daughter Linda, who thought she was having a stroke and had asked Steven to call an ambulance.

As I lived closed by, I rushed over and found Linda sitting on the floor with her back resting against the side of the bed as a paramedic dealt with her. She reassured me that she was fine but had requested emergency help as whilst in bed talking to Steven the left-hand side of her body had started to shake and she thought she must be having a stroke. She wasn’t worried but the paramedics insisted she went to hospital.

Linda had always been very fit and active and had played volleyball from the age of 12, before taking up netball which had become a weekly hobby. Looking back, I think we were all at a loss as to why this had happened as just four days before she had played in a netball match and was even playing ball games with her grandchildren the night before.

Linda’s husband Richard was at work when it all happened and we called him to tell him to come to the hospital straight away. Tests, including MRI scans, followed, with several doctors to try to work out the cause of the seizure and I think we all thought that Linda might have suffered a stroke.

When Richard called us several days later to give us an update, I switched the phone onto speaker so both my wife and I could hear, thinking that he would tell us that Linda was fine. But it was then that we could hear that he was clearly upset as he proceeded to tell us the devastating news that Linda had a brain tumour. The shaking she had experienced the day before had actually been a seizure.

He explained that the type of brain tumour that Linda had was the worst one you could get due to its aggressive nature, and had a prognosis of just 18 months. We were devastated and all I could think about was Linda and how we could support her, Richard and their girls through this.

Linda was such a positive person and always tried to see the good in situations. Richard told us she was trying to be strong, but I knew that she would be desperately trying to come to terms with what was happening to her.

Linda went into surgery two weeks later; all our hopes were raised that this would help prolong her life as they removed 98% of the tumour. She recovered well and her spirits were high as she regained some of the movement in her left side. An intense course of chemotherapy and radiotherapy followed which, although she found exhausting, she knew was her best hope.

Though there was only a small piece of tumour remaining, the doctors explained it was damaging the nerves that controlled the left side of her body. She began physiotherapy to regain her movement and sadly this was only partially successful. The regular seizures continued to set her back each time and although she was at first able to walk a short way within the home with a frame, she was mostly confined to a wheelchair and reliant on others to help get around.  You could tell losing her independence was her biggest frustration, having been so active prior to her illness.

Linda’s daughter Charlotte and I investigated several alternative treatments and administered various holistic medicines including cannabis oil, sourcing products from all over the world that might help prolong her life, and we do believe that those did help her. In fact, we did anything to help her try to lead as normal a life as possible.

We continued hydrotherapy and physiotherapy sessions to try and get her mobility back, but we could tell that Linda’s mood had changed. My once bubbly, positive and chatty daughter had become quiet and sad. I think any hope she had of getting better was gone and even her fighting spirit wasn’t enough to beat the cancer.

By November 2017 her speech had begun to slur and her mobility had become even more limited. I think we all knew what was coming but were hopeful that we could spend another Christmas together as a family. But one week before, she fell unconscious and sadly died a few days later on Christmas Eve 2017 with us by her side.

Linda was a much-loved daughter, mother, grandmother and friend. She was a truly wonderful person and we all miss her every day.

During her illness my granddaughter Molly set up a crowdfunding page to raise money to pay for her alternative treatments. However, after Linda passed away we decided to donate the surplus to two charities, Brain Tumour Research and Carers UK, to help benefit others who are affected by this disease. The statistics are shocking and we felt Linda would have wanted us to support research into the disease that is so devastating to so many families like ours. 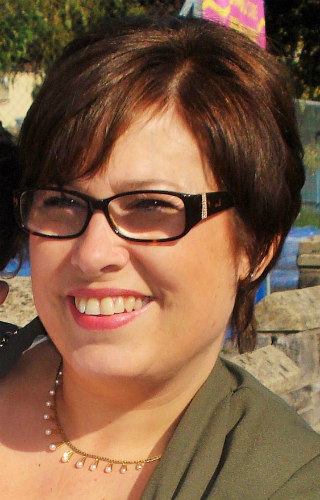