Levi had been under a consultant all his life for constipation (which we now know was associated with his tumour).  He started having recurring headaches in December 2005 and was waking up in the night to be sick, as well as having dizzy spells.  We were told it was due to migraines, but I was very insistent that the doctor’s didn’t leave it at that without first having a CT scan – how could they know what was really happening inside Levi’s head without looking?
I had my suspicions and felt like I wasn’t being listened to.  It was incredibly frustrating trying to get the paediatrician to really listen to my concerns and to really see Levi’s symptoms.  I had also started to do some research on the internet which came up with a possible brain tumour, just from typing in Levi’s symptoms.  Discussing this with Levi’s paediatrician, he disputed my theory as he was convinced that to have a brain tumour a patient would have to be suffering fits as well.

Levi didn’t think there was a point to taking the medicine for his “migraines” either as they didn’t work.

Finally, in July 2006, I managed to push them into giving Levi a CT scan.  It showed hydrocephalus.  Fluid was blocking Levi’s ventricles.  A subsequent MRI scan confirmed that Levi had a brain tumour in the cerebellum and brain stem.  I was absolutely devastated.  I wanted to be proved wrong.  I would have been so happy to have it confirmed that migraines were the cause of all his symptoms after all, but sadly my suspicions were right.

When the doctors showed me the images of Levi’s brain, my whole world collapsed in.  I was incredibly angry that it had taken so much time for him to be diagnosed.  It was almost surreal how life could change in an instant.  We had been a normal family with a normal six year old boy.  Now my precious son was facing a life-threatening operation.

We had no choice but to sign the form for Levi to have surgery to debulk the tumour.  Without it he would certainly die, but the alternative of going ahead could also spell death, paralysis, stroke, learning difficulties, etc etc.

Levi survived his operation, but shortly afterwards he was back in intensive care with breathing difficulties – his breathing mechanism had been damaged by the surgery and he needed to be artificially respirated.  His lungs soon became very poorly.

My little boy was unconscious and on a life support machine for six weeks.  I stayed by his bedside willing him to survive even if he never came off the ventilator, nor stopped needing a feeding tube, had to live with learning difficulties, whatever.  I wanted him to live.

I eventually, however, came to realise that the doctors could do nothing more for Levi, but I wouldn’t let them switch off his life support.  I said I wanted to leave it to Levi, we would follow his lead even though it would break our hearts.

Then that time came.  I kissed him and held him all night.  Finally they took out his breathing tube and Levi died in my arms surrounded by his devoted and devastated family.

The grief was horrendous.   The little boy we had loved so much and who had been a normal fun-loving child who adored Power Rangers, parties and never ending hugs from us had gone.  Our lives were shattered, our hearts smashed into a million pieces – how do you even begin to live without the one little person who you love more than life itself?

My memories of those six weeks will never go away.  I can still hear the machines and remember my utter feeling of despair.  There was nothing I could do, but sit by his bedside.

A year after Levi’s death we set up Levi’s Star and we have already helped 25 children with brain tumours by funding things like holidays, a laptop, even a new set of pyjamas, in fact, whatever the child’s needs are, we will try to fund.  This year we are holding an Easter party for the children and I am dressing up as the Easter bunny!  We also raise awareness about brain tumours and their devastating effects.  I am very proud of Levi’s Star and the work that we do.  It is also a way for us to gain a little bit of justice for our precious Levi.

I feel very strongly that doctors should become much more aware of the variety of symptoms underlying brain tumours.  I know that a GP may only see one case of a brain tumour in his or her career, but that one case is someone’s child, mother, father, brother or sister and they need to be diagnosed as early as possible to have the best chance of survival. 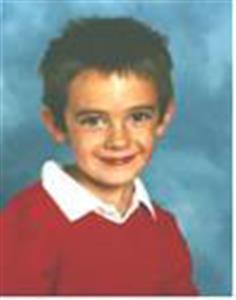