A devoted husband and dad, Leon passed away in January 2018 leaving his wife and their two longed-for children, Colby who was just three and baby Willow, 11 months. Leon and Becky had been together for 11 years and endured the heartbreak of five miscarriages before their children arrived. Now widowed at the age of 28, Becky wants more investment in research into brain tumours to ensure others don’t suffer as she and her family have.

“It's heart-breaking what this devastating disease can do. In the final weeks, Leon was unable to talk, it robbed him of his mobility, and use of his right arm, leaving me to feed him and care for him. It's such a cruel disease and more needs to be done to find a cure as there are too many people going through this. Leon’s mum, his sister and my parents were all there as I lay with my head next to his and held in him my arms as he peacefully took his last breath.”

Leon was a funny, caring and well-known man. He had a great attitude to life and was pretty laid back. His sense of humour and the way he wasn't afraid to say what he was thinking made him a popular guy and everyone loved him for it. He was also very hardworking and never had a day off work, he loved his job working with cars. He always joked that if he ever won the lottery he would still work - and it's true he would have!

We were eager to start a family but after going through five miscarriages we started to think it wasn't going to happen. When we found out in early 2014 that I was pregnant again, we were excited but tried not to get our hopes up just in case. I was scanned regular and things seemed to be going well with the pregnancy. But over the coming weeks I'd started noticing that Leon was extremely tired and falling to sleep a lot, he did work hard so I put it down to that and hoped that over the Bank Holiday weekend with a few days off he would feel better.

But then the really bad headaches started and he blurred vision too. I made him a doctor’s appointment and they dismissed things as an underlying back problem and told him to go back if it wasn't better in a couple of weeks. I wasn't happy with that and pleaded with him to go to A&E and he promised he would if he didn’t start feeling better.

At the end of that week Leon was driving home early from work and pulled over because he didn't feel good. He was on the phone to me and after been sick he became unresponsive for a couple of minutes on the phone. We later found out this could have been him blacking out. I drove straight to him and we went to our local hospital.

He explained his symptoms and was taken for a scan. We expected it would be a few hours until we got the results but less than 30 minutes later we were called into a room. That's where they told us the awful news that Leon had a brain tumour. We were in complete shock, but at this stage we didn't know whether it was cancerous or not so there was an even bigger shock to come.

Leon had to have a full body scan to make sure the tumour hadn't spread from anywhere else in his body. When they was sure it hadn't he was booked in for a biopsy to determine whether the tumour was low- or high-grade. We waited for over a week to find out the results, when the day came Leon's mum and my mum came to support us. We sat in a room with the neurologist and when he told us it was cancerous I can remember thinking, come on then just tell us when you can operate, we can do this. Leon was obviously thinking the same thing as he straight away asked when it could be removed. The neurologists reply floored us when he told us it was inoperable. I remember feeling everything drain from my body while Leon sat there so calm. I promised him there and then that I would be with him every step of the way.

We had been together for 11 years and were married in August 2012 and that day was the first time I saw my husband cry. Everything seemed so surreal, a few weeks earlier we was thrilled that things were going well with the pregnancy and this could finally be our chance to be parents, and now we was faced with this.

A few weeks later Leon started daily chemotherapy and radiotherapy for six and a half weeks. We was told the treatment may not necessarily shrink the tumour, and that Leon would be scanned again a few weeks after the treatment had finished and that's when we would find out if it had worked. I was half-way through the pregnancy by now and was terrified at the thought of losing not just the baby but Leon too.

Leon never complained through his treatment, even on the days where he could barely get out of bed and was being violently sick. He was amazing and so brave through it all.

Results day came and we were so happy to hear that the tumour had shrunk considerably. We were over the moon and while Leon would have to have scans every three months he was keen to get back to work despite the fact he was so fatigued and weak by the treatment. It had been hard for him to have four months off but he was determined to get back to work and, typically, was determined that he would be straight back to full-time. He never failed to amaze us.

Our healthy little boy Colby was born in November 2014 and Leon so loved being a dad.

We wanted to make sure our lives weren't ruled by the tumour, we didn't want to know the prognosis when Leon was diagnosed as we didn't want to live to a timeframe. After all, no one can tell you exactly when it's going to happen so what's the point of counting down the time that you do have left?

We remained positive and lived a pretty normal life, lived every day to the full, went on plenty of holidays, and made sure we spent lots of time with the people closest to us. I was always planning things for us to do knowing that one day we wouldn't get the chance again.

Things stayed stable with the tumour for a good while and we even decided to have another baby. But at the same time of finding out we were expecting again, we also found out the tumour had started growing and Leon had to have more chemotherapy in May 2016.

Once again the treatment made Leon very ill but, once again, he amazed everyone and just got on with it. Fortunately the tumour, a grade three anaplastic astrocytoma, shrank once more.

Our second child, Willow, arrived in January 2017 and we felt our family was complete. Leon was besotted and was so happy to be a dad to our two beautiful children. The four of us went on holiday to Spain in June, we had a great time and made some great memories. It was just a few weeks after we got home that we discovered the tumour was growing.

Leon started chemotherapy again but by now he was getting weaker. We found out in August that this time the treatment wasn't working and we were advised to stop in order to have the best possible quality of life for whatever time we had left together.

Leon was unable to work by now which really frustrated him as he didn't like not been busy. He also hated that the steroid medication he had to take had made him really bloated. I knew Leon was deteriorating so we planned a few get togethers with friends and we also managed to have one last trip away together with the kids. Doing things with friends and family is what kept him going through his tough times.

Leon had a few weeks stay in a hospice as he went further downhill. With the support of our family, we had a hospital bed set up at home for the last six weeks of his life. Christmas Day was the last time Leon properly opened his eyes or had anything to eat. He laid in the hospital bed in our bedroom smiling as the children opened their presents.

It's heart-breaking what this devastating disease can do. In the final weeks Leon was unable to talk, it robbed him of his mobility, and use of his right arm, leaving me to feed him and care for him. It's such a cruel disease and more needs to be done to find a cure as there are too many people going through this.

Our family and close friends came to say their goodbyes to Leon and on the 4th January, after noticing Leon's breathing starting to change in the night I phoned our family. Leon’s mum, his sister and my parents were all there as I lay with my head next to his and held in him my arms as he peacefully took his last breath just a few days before our daughter’s first birthday, three years and eight months after he was first diagnosed.

Leon fought so hard, he didn't want to leave this world. He wanted to stay with his family and friends and, most of all, with his two children who he adored, He was a wonderful husband and an amazing dad.

A brain tumour has robbed Leon of the rest of his life and has robbed our two children of their Dad. I give our son and daughter a goodnight kiss from Daddy every night like I told Leon I would. Leon wanted nothing more than to see his children grow up and it breaks my heart every single day that he is missing out.

My life will never be the same. I loved Leon deeply and he was my best friend. I will miss him for the rest of my life but I have to make sure that I and our beautiful children still have a good life, that's what Leon would have wanted.

Brain tumours are devastating the lives of too many people. Never in a million years did I think this would have happened to my healthy, active husband. But it can happen to anyone and this is why I hope to raise as much money as possible for the Brain Tumour Research charity in the hope that one day a cure will be found.

Brain tumours are the biggest cancer killer of children and adults under the age of 40, yet just 1% of the national spend on cancer research has been allocated to this devastating disease.  At the current rate of spend, it could take 100 years to find a cure.

If you have been inspired by Leon’s story, you may like to make a donation to Brain Tumour Research via https://www.justgiving.com/fundraising/TheMummySquad

To receive our magazine and updates please complete our registration form http://www.braintumourresearch.org/contact-us 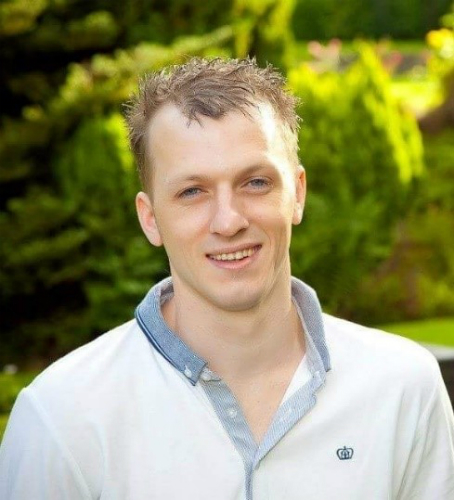