We are grateful to Leo, and his mum Rebecca, who worked with us in March 2021 to share his story here. Sadly, he passed away in December 2021. We remember Leo as we continue our work to raise awareness of this devastating disease and to fund research to help find a cure. He will be forever in our hearts.

Six-year-old Leo Middleton from Aberdeenshire in Scotland was diagnosed with a diffuse intrinsic pontine glioma (DIPG) in November 2020, at the age of just five. His is an aggressive, high-grade brain tumour, most often occurring in children, with a median overall survival of between eight to 12 months. Leo is a much-loved brother to his siblings Caiden, nine, Mia, seven and Rose, one. His parents Rebecca and Barry, have been left devastated by this cruellest of diagnoses.

On 27 November 2020, I took our happy, caring and beautiful little five-year-old boy to school one morning, not knowing that our day would end with hearing the most shattering words any parents could hear. Our perfect son had an incurable brain tumour.

“It all started around a month before his diagnosis, when we noticed he was becoming clumsy and bumping into things.”

I thought that he might need glasses, so I called the optician, but because of the COVID-19 pandemic, I couldn’t get him an appointment for an eye test. Then one day Leo’s school phoned and said he was acting unusually; staring into space and speaking slowly. By the time I went to pick him up, he seemed fine. I thought he was just tired. 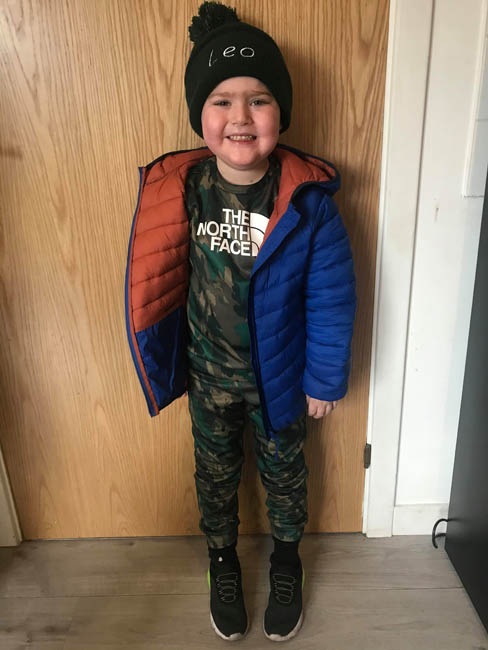 To be on the safe side, we took him to Peterhead Community Hospital. They said they thought it might be a urine infection but referred him to Aberdeen Royal Infirmary for more tests. When we got there, they did a CT scan, which showed up a mass, so they followed up with a more detailed MRI scan. The following day, we were given the devastating news that Leo had a brain tumour known as a diffuse intrinsic pontine glioma, or ‘DIPG’.

“As we were given more information, we learned about the horrendously poor prognosis for this condition and time seemed to stand still. We were in utter shock.”

At first, I refused to Google it because I was scared of what I might find. It soon became apparent, however, that Leo’s tumour was inoperable, due to its position in the brain. The only thing that could be done was a course of palliative radiotherapy treatment. I just couldn’t believe that we had no other options. 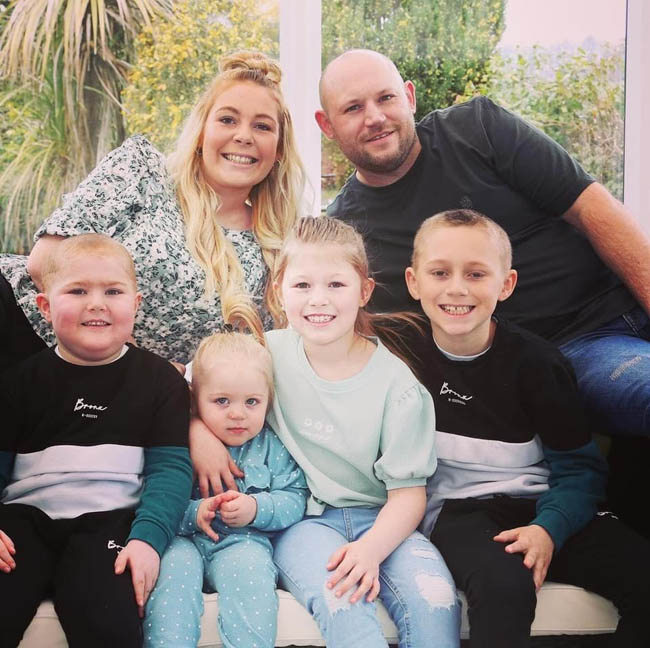 Within a few weeks of his diagnosis, we were in Edinburgh for seven weeks of radiotherapy treatment. As it is a three-hour drive from our home to the Scottish capital, we stayed in Edinburgh for the duration of Leo’s treatment, which ran over Christmas and New Year. While it could’ve been a really special time for us as a family, making memories for Leo and doing lots of fun, Christmassy activities, COVID restrictions meant that we were very limited in terms of what we could do.

Luckily, Leo coped amazingly well with the radiotherapy. Everyone at the cancer centre told him how brave he was but he didn’t think so. My heart bursts with pride when I think about how well he did. Not once did he complain about the early mornings or about getting put to sleep for the treatment. He had to be sedated each day, which didn’t seem to bother him; I think he quite enjoyed it! Leo sees the positive in everything and approaches life with his trademark smile, that lights up the room. 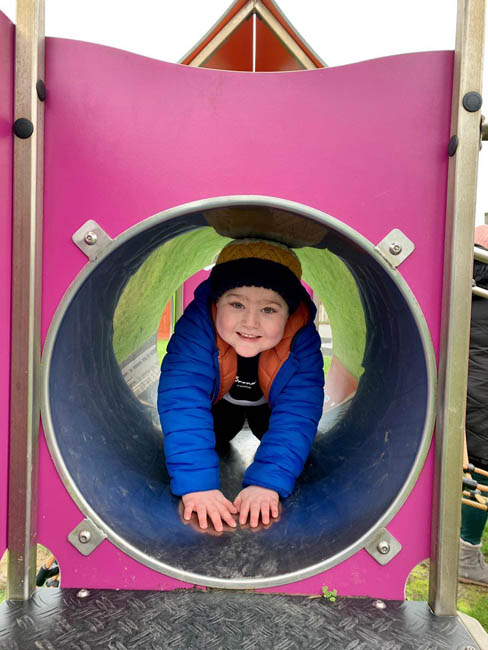 In terms of side effects, he lost patches of hair on the back of his head but the sickness didn’t start until more recently, as a delayed reaction. He was also given steroids to reduce swelling in his brain. The drugs made him balloon in size and he became very self-conscious, not wanting to look in the mirror. It was so sad to see. Thankfully, he’s off the steroids now and is starting to lose weight. 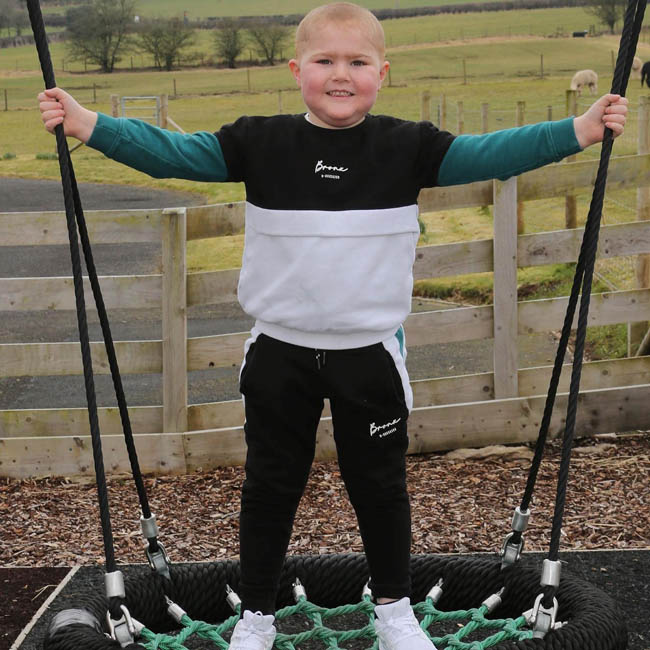 Leo finished his radiotherapy at the beginning of February, shortly before his sixth birthday. We surprised him with an Avengers-themed birthday party, organised by the Make-A-Wish Foundation. It was brilliant – Leo really loved it. In February our belief also began to grow, as we heard about a clinical trial in Australia, following research by the University of Newcastle and Hunter Medical Research Institute (HMRI) in New South Wales, for a potentially life-saving treatment. Although it is only being offered to adults at the moment, I got an email back saying it'll start on children in a year’s time. Our hope was that Leo would still be alive by then and that he would be eligible. 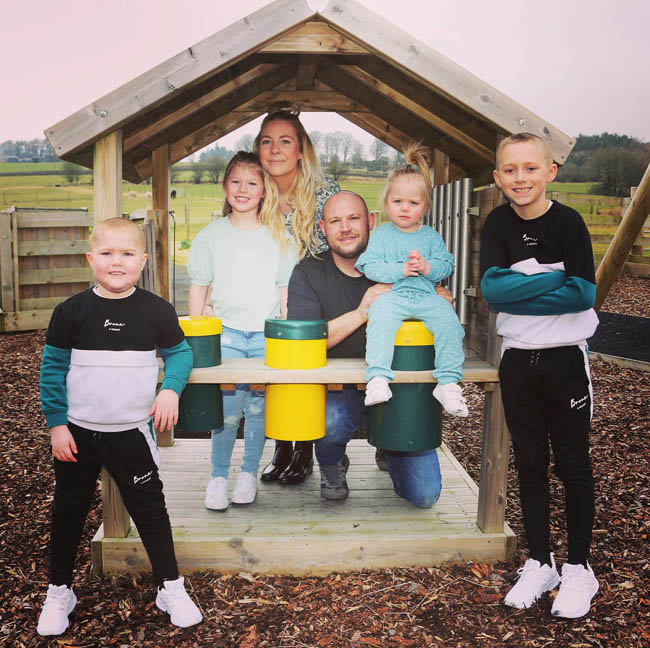 “Sadly, our hopes were dashed and our hearts broke once more, when Leo was not accepted onto the trial.”

Since then, our focus has turned to making Leo’s life as special and as memorable as possible. Our amazing friends, family and the wider Peterhead community have been crowdfunding to help pay for a once-in-a-lifetime trip to Disneyland for Leo, something he would love and a memory we could all treasure forever. The page has already raised an incredible £32,000 and we have set up a Facebook group as well, called ‘The Incredible Leo’, where we share updates and encourage supporters to consider fundraising.

I am a stay-at-home mum and Barry is a self-employed joiner. He has obviously had to take time off work to be with Leo, so it has had a financial impact on us as a family as well. The money worries, however, are nothing compared to the sheer heartbreak Leo’s diagnosis has caused. 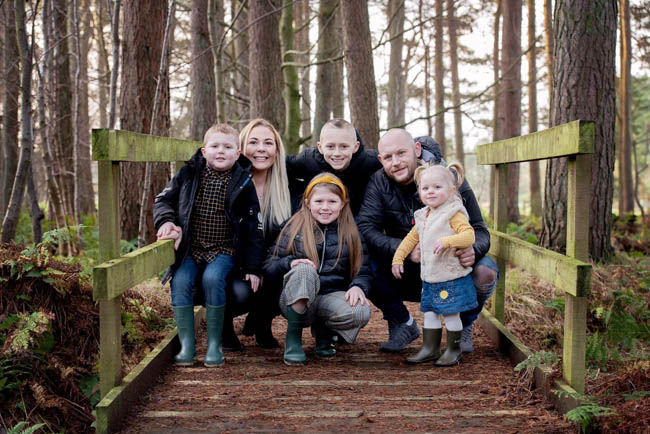 “I have good and bad days; I feel torn between wanting to sleep this unbearable pain away or to be there holding my boy, telling him silly jokes and making his little face smile.”

Through our own awful experience, we’ve become all too aware of the stark facts surrounding brain tumours. This Brain Tumour Awareness Month we are helping to raise awareness by sharing Leo’s story. We have been showered with support and kindness from people since Leo’s diagnosis but sadly no amount of love can cure the disease. Brain tumours kill more children and adults under the age of 40 than any other cancer, yet just 1% of the national spend on cancer research has been allocated to this devastating disease. Research is the only way we are going to make a difference and prevent other families from suffering like we are. 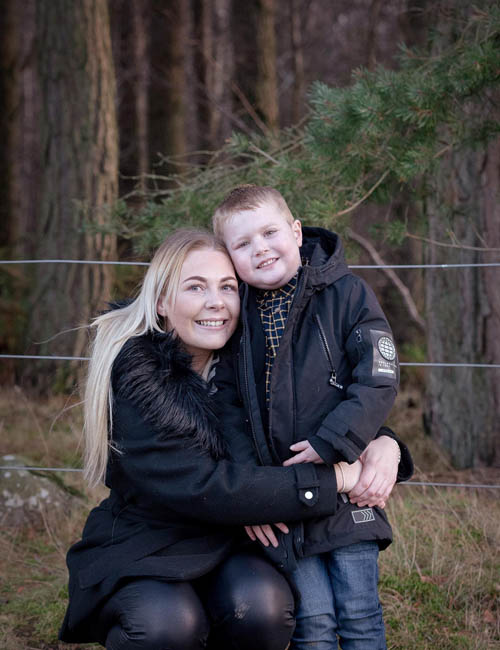 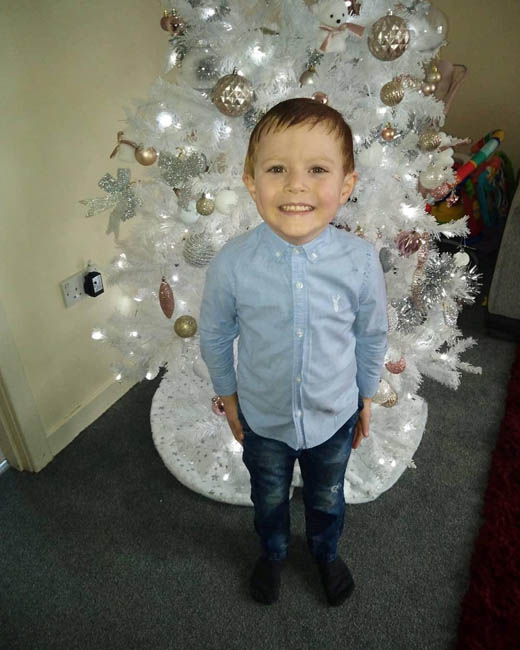