Katie Dean was just six years old when she died of a brain tumour. Her diagnosis came after suffering from terrible headaches, which were dismissed as migraines for several months. Though it’s been 16 years since Katie died in July 2003 her dad Scott, an officer with Staffordshire Police, still remembers losing his darling daughter as if it were yesterday.

Here is Katie’s story, as told by her dad, Scott …

It’s been 16 years since Katie died and in many ways my grief is stronger than ever. I think that’s because I refused to talk about my loss for so long. Katie died a long time ago but to me it still feels like yesterday.

For several years, because of my role as an officer in Staffordshire Police, I felt I had to be the macho, robotic cop with no feelings. I put my professional head on and distracted myself with work. But now, after going to counselling and talking about my bereavement, I know it’s important to show emotion and to properly grieve.

“I feel guilty. As a parent, I was supposed to protect my daughter but instead I was helpless and I couldn’t do anything to save her.”

There is still a memorial garden for Katie at Five Ways Primary School in Heath Hayes, Cannock, where she was a pupil. And I try to ensure that by talking to her sister Mollie, 19, and half-brothers, Mason and Louis, 11 and five years old, Katie’s still part of our family.

“It was so hard to see Katie change from a happy young girl, who loved to dress up as a princess, to a withdrawn, thin child with hair loss from her radiotherapy treatment.”

Katie’s symptoms began months before her diagnosis and now I am frustrated it took so long for us to be taken seriously by medical staff. We took Katie to the GP several times because she had suffered from terrible headaches and was often sick, but we were told she was suffering from migraines. Katie’s mum thought it was unusual for a four-year-old to be affected by migraines but we trusted the doctors’ opinions. Though I’d separated from Katie’s mum a year before Katie fell ill, I will always appreciate that she was the forwarding drive to getting Katie a diagnosis.

“In hindsight, I wish I’d pushed for an MRI scan earlier but at the time I never imagined Katie could have a brain tumour.”

After months of these excruciating headaches, Katie’s mum wondered whether she may need to wear glasses, so we took her to the opticians in Cannock. It was there that Katie was immediately referred to the Wolverhampton Eye Infirmary. Because of the sense of urgency in which Katie had been taken to hospital, I had a gut feeling that things were serious.

Katie was seen by at least 10 members of staff at the hospital, including senior consultants and medical students, which made me feel uneasy. She had several eye tests and scans, which were examined by doctors at the Birmingham Children’s Hospital. It seemed like an eternity to be given the results but it was probably only a couple of hours.

“We were taken into a private room to be told the news and because of my experience in the police I knew this wasn’t a good sign.”

Katie had a brain tumour the size of an egg and was given a prognosis of just 18 months. It was the most horrific moment of my life and I began hyperventilating. I was panic-stricken and my world was shattered in an instant.

The following morning, Katie was taken to Birmingham Children’s Hospital where she was admitted to the head trauma ward. It was a strange time and after that events seemed to snowball and I felt helpless with everything that was happening.

Just a few days after Katie’s diagnosis, she had a nine-hour operation to remove her tumour. A follow-up scan showed that not all of the tumour had been removed, so she had to endure further surgery two days later.

Katie then had a six-week course of radiotherapy and chemotherapy at the Queen Elizabeth Hospital in Birmingham. She hated chemotherapy and became very weak and tired. She also lost a lot of weight and most of her hair, which was horrible to see. I was very grateful to the support of my colleagues in the police force, who allowed me to take as much time as I needed to be with Katie and even gave me lifts to the hospital when I was too exhausted to drive.

“Despite everything, Katie had a positive attitude and always smiled no matter what. Nothing seemed to bring her down and I found strength in that.” 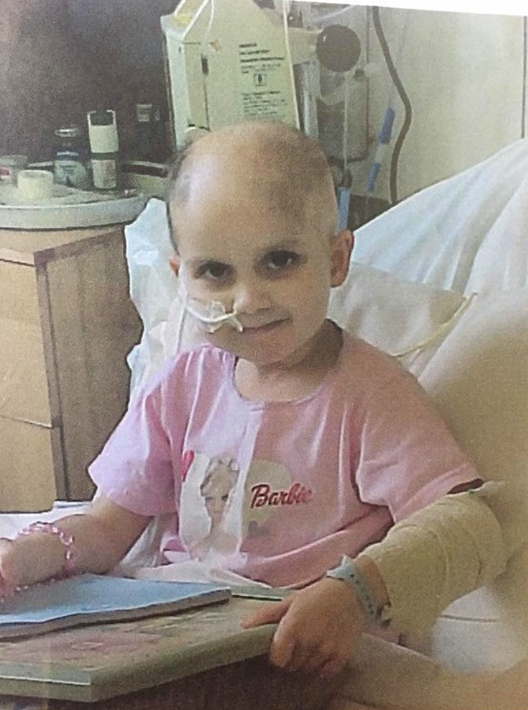 Sadly, Katie’s tumour recurred just over a year after her initial diagnosis and it had spread to her spine. She endured another gruelling four-hour operation but was never the same after that. Her personality changed and she became quiet and withdrawn. She suffered from a number of infections and was admitted to an intensive care unit (ICU). I remember how the nurses at Birmingham Children’s Hospital put the FA cup final on for me and a couple of other dads, and now the FA cup brings back horrible memories. 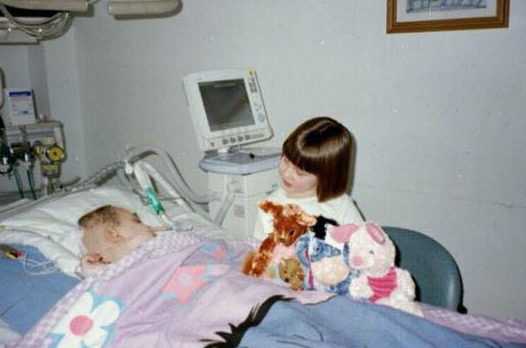 “Even while Katie was in ICU, she managed to draw a picture of me. I was moved that while going through so much she was still thinking of me and remembering tiny details, like the mud on my shoes. I treasure that drawing and today it is proudly displayed on my bedroom wall.” 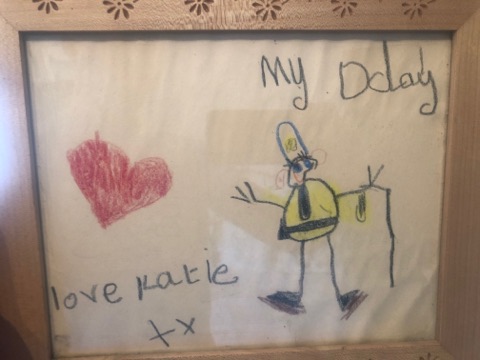 Katie declined rapidly and lost her ability to speak. She passed away on 14 July 2003, just two months after her sixth birthday. Her funeral was well-attended and people were standing outside the church. Some of them didn’t know Katie personally but were there to support me and the family and that was touching. Katie’s coffin was taken to the church by horse and carriage, which was an emotive moment.

I returned to work just a week after Katie died and now, I wished I’d taken more time to process my emotions. I flipped between periods of sadness and anger and most of my colleagues, understandably, didn’t know how to deal with someone who had recently lost a child.

I went to counselling a few years after Katie’s death but I had to stop going as it was too painful to talk about what I’d gone through. It wasn’t until 2016 that I knew I needed to talk about everything in order to heal and this was because, after losing Katie, I lost both my parents and split up with my partner. Eventually, everything had caught up with me.

Counselling helped me come to terms with what had happened and helped me to move forward. Losing Katie inspired me to take up a role as a family liaison officer in the police and I feel I can empathise with those dealing with bereavement because of my experience. While I’ll never get over what happened, I like to think losing Katie made me who I am today.

I was shocked to discover that brain tumours kill more children and adults under the age of 40 than any other cancer, yet historically just 1% of the national spend on cancer research has been allocated to this devastating disease. I hope that by sharing Katie’s story I help to raise awareness and inspire people to donate to this vital cause. 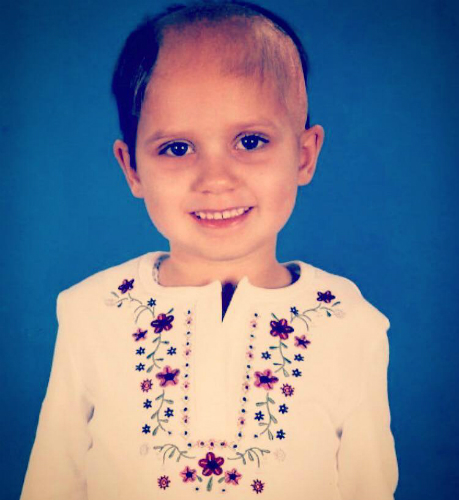