Joel was just a year old when he was diagnosed with a brain tumour. Born into a large and loving Christian family, Joel defied expectations but was eventually lost at just four years old. Now his parents Ryan and Amy, together with Joel’s four siblings, are remembering the little boy in a most remarkable way. They have developed a video game which allows players to experience the highs and lows of Joel’s cancer journey through the interactivity that only a video game can offer.

“Life is very game-like. Fighting cancer is like a game because you’re trying to do just enough to kill the cancer but not hurt the child. You balance all the options. And it is a multiplayer game because you have doctors, nurses and family all involved in this process of trying to keep your child alive. There are puzzles, as well as simple mechanical tasks like administering medication, taking blood pressure, giving him food – or making him laugh. The difference is that, in a game, if you’ve mastered the skillset, you can beat the level. That’s where the comparison stops.”
Joel’s parents Ryan and Amy tell his story …

Our son Joel was diagnosed with an atypical teratoid rhabdoid tumour (AT/RT) when he was a year old. This type of tumour is extremely rare and mostly affects the very young. Joel had brain surgery, followed by six weeks of radiation, a treatment usually not given until the age of three. However Joel’s cancer was aggressive and this treatment was going to give him a chance at life. Although we knew the outcome was likely to be poor we remained optimistic and were supported by our strong Christian faith.

Joel received nine months of the most intense chemotherapy available but then his tumour recurred. Three months before he turned two he was given between a few weeks and four months to live. However Joel was with us for another 27 months. During that time he had five more tumour recurrences, each one life threatening, and each one treated with palliative care, designed to ease symptoms in end-of-life stages of disease.

By October 2011, Joel had three new tumours and, once again, we were told he would die within months. But one year and one month later, November 2012, he was still with us and his incredible medical team warned us to prepare ourselves as he had a seventh tumour which was very large and growing very quickly. He was not expected to have any more long periods of remission.

Of course, against the odds, we wanted to believe Joel would live a long life, and we were dedicated to making the most of every single day he was alive. He lived a further 16 months, but in those months the tumours came in small clusters rather than in isolation. In January of 2014, we decided to relocate to San Francisco to pursue a medical trial for AT/RTs because the new tumours were in and around the brainstem leaving us with no other viable medical options.

In March of 2014, it became clear that despite everyone’s best efforts, Joel was not being helped by the trial and we returned home to Colorado. Joel died within a few days.
The days after his death were filled with more grace than seems possible, as we remembered and missed him and wished things could have been different. We are now on the journey of learning what it means to be a family without him.

During Joel’s life, after he was diagnosed, we started to embark on an unusual project developing an adventure game That Dragon, Cancer. Joel’s father Ryan is an indie games developer, and along with other designers and artists, we sought funding and began development of the game.  It acts as a living painting; a poem; an interactive retelling of our experiences with Joel. Players relive memories, share heartache, and discover the overwhelming hope that can be found in the face of death.

While we knew that a book about him could help you imagine it, a film about him might let you see it, we decided to make a video game, as odd as it might seem, because it would let you experience what it was like to love Joel, to just sit and play with him.
Life is very game-like. Fighting cancer is like a game because you’re trying to do just enough to kill the cancer but not hurt the child. You balance all the options. And it is a multiplayer game because you have doctors, nurses and family all involved in this process of trying to keep your child alive. There are puzzles, as well as simple mechanical tasks like administering medication, taking blood pressure, giving him food – or making him laugh. The difference is that, in a game, if you’ve mastered the skillset, you can beat the level. That’s where the comparison stops.

Our story has been documented in the film Thank You For Playing which follows our family through the creation of the video game and the day-to-day reality of Joel’s treatment. It is a thought-provoking testimony to the empathetic power of art, examining how we process grief through technology in the 21st century, and the implications of documenting profound human experiences in a new artistic medium: the video game. The film has been released in the United States and Canada and described by reviewers as “the video gaming industry achieving new artistic and intellectual heights of innovation,” and “a remarkable look at universal challenges through a distinctly 21st century filter.”

We juggled the development and launch of This Dragon, Cancer alongside raising our family. Joel left behind three brothers who miss him dearly. We were blessed by the arrival of our baby girl Zoe in April 2014, our greatest aspiration is to bring them up to love God without fear.

Our hope is that the game will minimise the stigma of talking about difficult subjects like cancer. Everyone at this point can relate. Even if it isn't cancer, challenges to well-being are everywhere. People just don't want to talk about it. 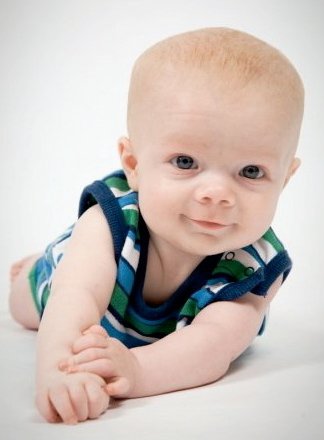