Having lost his first wife to cancer, aged 41, Steve thought he had found his life-long partner and soul-mate, following a recording session in his music studio. Jenny was a very talented musician and singer. Tragically, just eight years after they got together Jenny was diagnosed with an inoperable brain tumour, passing away four months later.
Here is Jenny’s story as told by her partner Steve …

Jenny was an incredible person – so lively and charismatic, with an amazingly bubbly nature. When I first got to know Jenny, she had been a successful entertainer for many years, and had performed up and down the country, as well as in Europe.

Jenny started singing with her sister at the age of 16. Her parents encouraged her talent. In her early 20s she hooked up with a variety of musicians including an Abba-style band.

Back in the 80s Jenny played Butlins, summer seasons in Blackpool or on the South Coast, on P&O cruises and around Europe. She even supported the likes of The Searchers, Jimmy James and Bucks Fizz, but had a career break when she had her daughter Ronni, now 19.

“Jenny and I got together soon after she did some recording at my music studio back in 2012. I remember she phoned me afterwards and said: ‘You’re alright. Actually, you’re more than alright!’ It got me thinking about what was behind those words!”

Jenny continued enjoying gigging and singing at events and I realised that I could do a lot more than just record other people’s music.  We soon found ourselves putting together a package for special events like weddings, birthdays and similar functions. We had lots of fun playing covers from people’s favourite artists like The Beatles, The Eagles, Dire Straits, Ed Sheeran and Adele and popular songs from our repertoire included Brown Sugar by the Rolling Stones, Heart Skips a Beat by Olly Murs, Meet me on the Corner by Lindisfarne and I’m Yours by Jason Mraz.

Life seemed perfect until the day it all came crashing down.

Jenny had a massive seizure on 8 November 2018 while watching television. I was upstairs showering and I suddenly heard Ronni shouting hysterically. We called for an ambulance and Jenny recovered briefly before suffering another huge seizure. It took two hours to get Jenny stable enough to be taken to the John Radcliffe Hospital in Oxford. Outside our house, the street seemed to be packed with emergency vehicles and a doctor had arrived by air ambulance, which had landed on a nearby field.

“The seizures were so extreme that I really thought I was going to lose her there and then and was terrified that I was never going to see her again.”

It was 3am when we were told that a CT scan had revealed a brain tumour – Jenny was in a coma, where she remained for the rest of the day. I wasn’t totally surprised about the diagnosis, given the severity of Jenny’s seizures, but what I hadn’t bargained for was that after an MRI scan and biopsy over the next few days, we were told that the tumour was stage four, highly aggressive and inoperable. It was devastating. However, having been so scared that there wasn’t going to be time to say goodbye properly, at least we were now being given a survival prognosis of 12 months.

Jenny was offered radiotherapy and chemotherapy treatment and initially we thought what was the point, until the doctors explained that it would give Jenny a better quality of life. 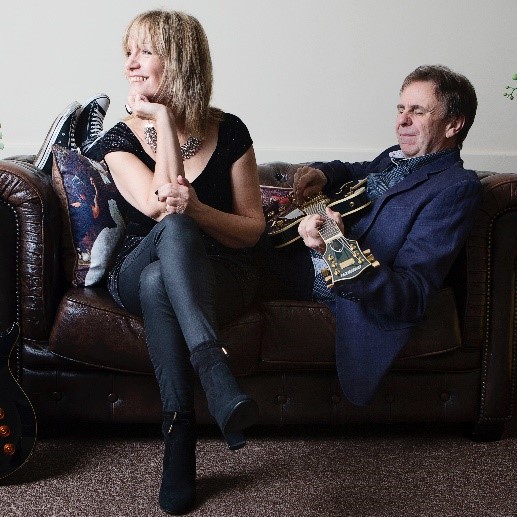 From then on, I became Jenny’s full-time carer. Our lives changed completely. I became very protective of her, making sure she had everything she needed in her little bag. I took Jenny to her daily radiotherapy sessions in Milton Keynes and administered her chemo at home, which necessitated a whole range of drugs as she also had a pre-existing liver condition.

On the first day of chemo, Jenny was massively sick, which was rather alarming thinking this would continue throughout the treatment, but thankfully she tolerated the chemo fairly well.

As time went on, Jenny became very weak, had very limited vision and poor short-term memory, but fortunately her personality continued to shine through. Visitors would see how positive and brave she remained and how she hadn’t lost her sense of humour, although she would keep repeating things, sometimes 10 times or more. They would tell her she looked so well.

Jenny finished her first cycle of chemo on 19 Feb. The very next day she had a massive seizure.

“I didn’t realise how serious it was until the doctors said she wasn’t going to recover from this seizure. I felt enormously cheated as we had originally been given 12 months survival, but I suppose it was better to have three good months than seeing traumatic changes in personality.”

Jenny never really regained consciousness apart from the one occasion when she smiled at me and tried to reach for me.

Shortly after the seizure, Jenny passed away. It was 10 March 2019. I had lost the love of my life.

The church in Great Horwood, where Jenny had been born, was absolutely packed for her funeral – a testament to the many whose lives had been touched and enriched by Jenny.

I am comforted remembering that Jenny told me she had had a really good life and even though it was going to be shorter than it should, she didn’t regret anything. She never complained either that life had been unfair to her and always said she was very lucky to have had the life she had. She was very determined I carried on with my life and particularly with the music. 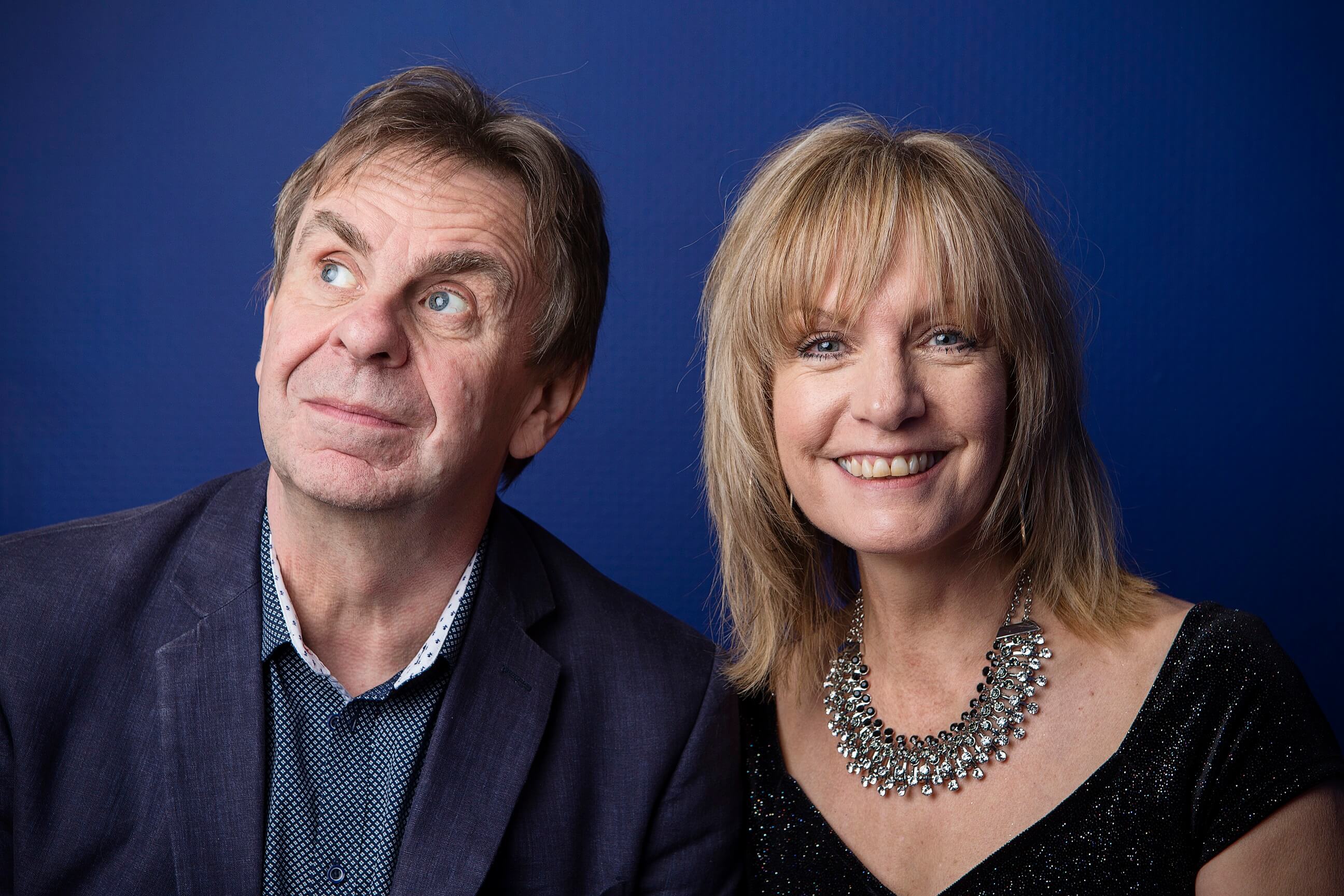 “The first few months were so painful I couldn’t do anything, but now I am determined to get back to work and do something useful in Jenny’s memory.”

I can’t allow myself to continue to indulge in my misery – there is so much in the house that reminds me of her including the little angel figures she had to give to the people who were important to her. Jenny was such a people person – a real giver. She was always very proud of how she wrapped these gifts, but as her condition deteriorated, she was no longer able to achieve her customary lovely finish. There are still some roughly wrapped figures in the cupboard which I can’t bring myself to look at.

I am trying to keep the garden going – Jenny loved flowers, which were yet another example of her amazing sense of style and taste.

As music was so important to Jenny, I have resolved to continue her legacy. We asked for donations to Brain Tumour Research at the funeral because it’s so terrible that the treatment options for patients with brain tumours like Jenny are so limited and the survival prognosis so poor. It was lovely that the collection raised almost £1,000 for the charity. 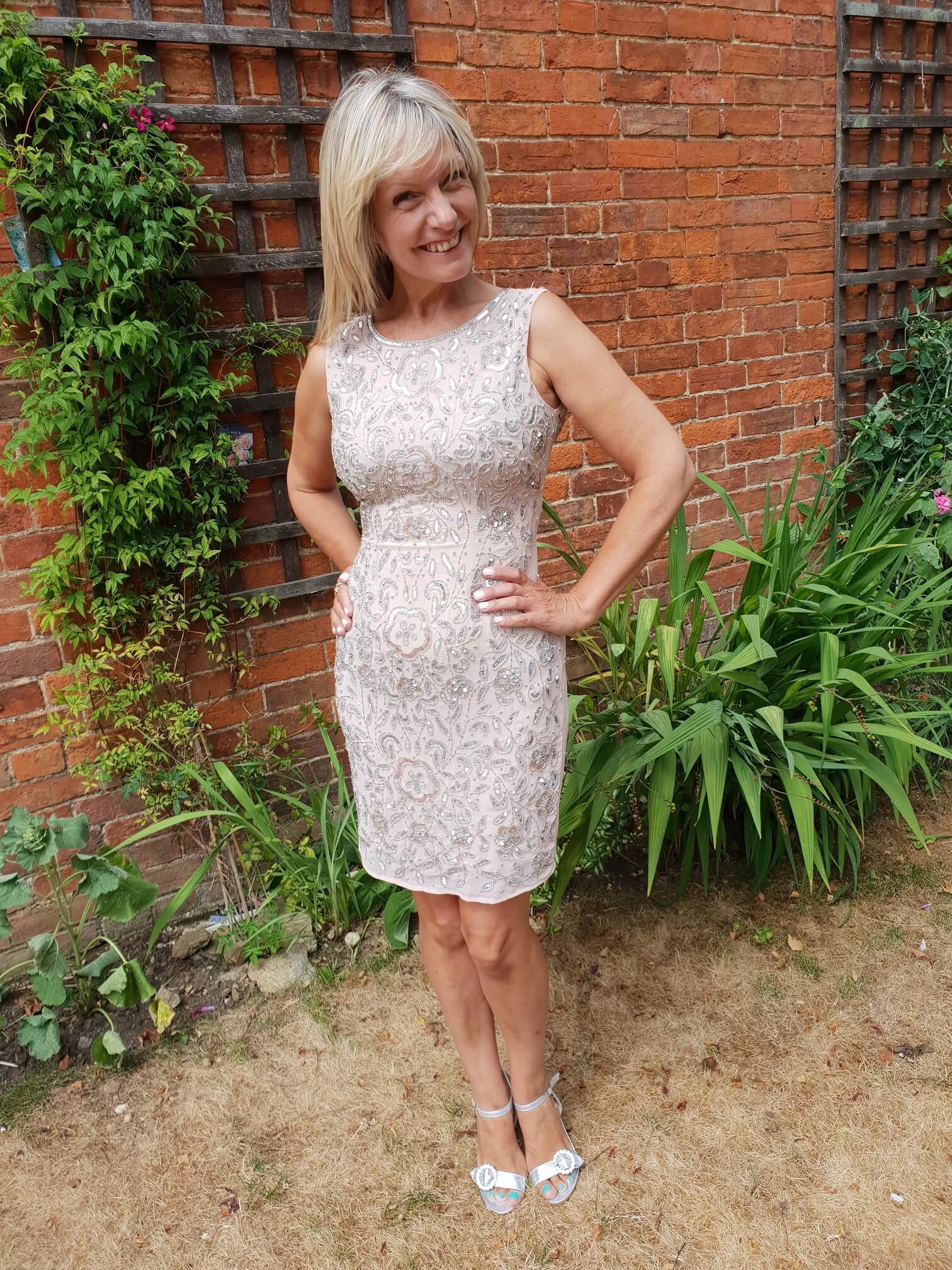 I needed a project and although most of Jenny’s songs were covers, she had written a few songs herself. I have recently put some of these originals together into an album, along with some tracks composed by me and friends of ours – including one who lost his first wife to a brain tumour. I have called it “All Worked Out”, not just because of the irony, but also because it’s the name of one of the songs on the album. I am hoping to sell lots of copies available at https://jennymurraymusic.co.uk/jennys-album/and am donating all the proceeds to Brain Tumour Research. I hope that by working with the charity I will be creating a fitting legacy for Jenny. 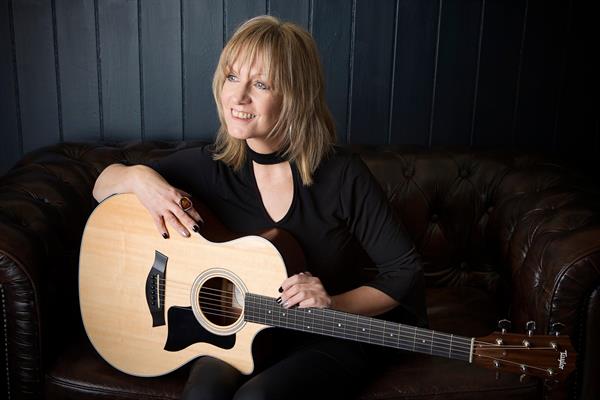